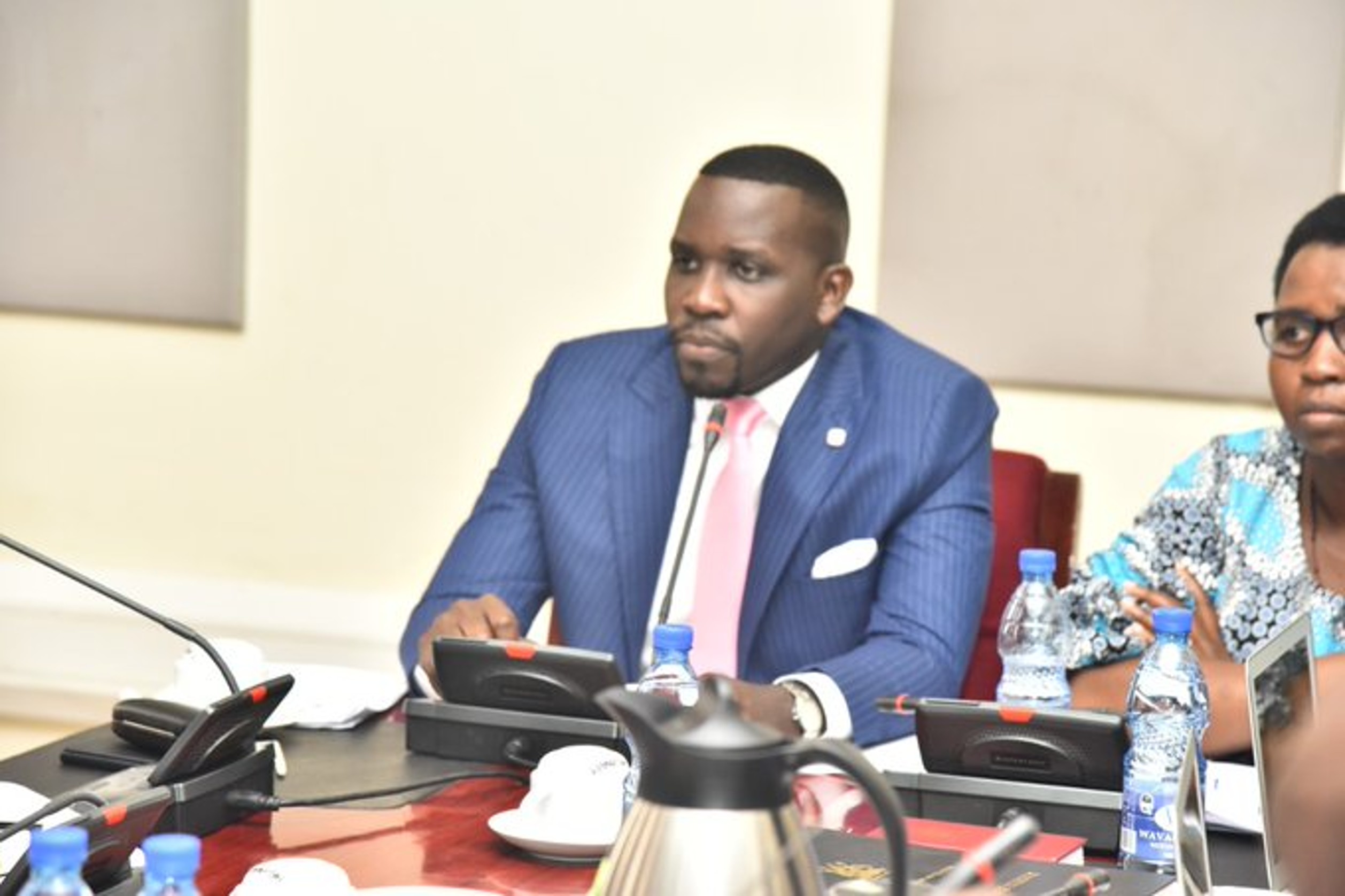 The chairman of the Commissions, Statutory Authority and State Enterprises – COSASE also Nakawa West Constituency MP, Joel Ssenyonyi has tasked Uganda Airlines to come up with a staff structure within one month to know who is needed and who is not.

On Tuesday, Jenifer Bamuturaki the Chief Executive Officer – CEO of the Uganda National Airlines Company Limited – UNACL appeared before the legislators who queried her appointment to the position and the exaggerated salaries being paid to the staff.
The legislators led by Ssenyonyi then demanded the management of the Airlines produce a harmonized staff structure within 30 days.

The committee also wondered why some Pilots get shs60m and others 50 million shillings. Some Cabin Crew members earn 4m, while others earn 2m. The CEO of Uganda Airlines says that Airbus has a different pay structure from that of CRJ Bombardier.

The MPs explained that they are not against the salary of the Pilots, but asked Uganda Airlines officials to explain why the airline which is making losses (160bn) a year is paying managers and directors exorbitantly with the CEO earning 87mshs.

Bamuturaki told the committee that they are currently reviewing these salaries.

“The heart of any entity is the staff, right from the CEO going all the way down. Let’s prioritize this. Without the staff, we don’t have Uganda airlines. Uganda Airlines is failing the way it is because of manpower or the lack of it. So if you want to turn around this entity, begin by fixing the question of the staff. So let’s have this fixed beginning with having a staff structure within a month from today without fail. That’s the directive we are giving as the committee” Hon Ssenyonyi said.

Meanwhile, Bamuturaki also shocked the committee when she noted that she was not among the 40 Ugandans who applied for the job because “on the day I was going to apply, that is when I was appointed,” she said while appearing before COSASE.

When Uganda Airlines advertised for the position of CEO, At least 40 Ugandans applied. However, following a presidential directive to appoint Jennifer Bamuturaki, the whole process was halted, according to Herbert Kamuntu a UG Airlines board member.

The legislators quizzed the new CEO on how she got appointed as an Aide to the acting CEO and yet she had no appointment letter and was not being paid a salary. The committee also questioned how she rose from Aide to CEO.

Bamuturaki is one of the people that worked with the defunct Air Uganda and her experience has earned her different appointments including that of the Commercial Director at the initial stages of the revival of Uganda Airlines.

COSASE commenced an investigation into the operations of Uganda Airlines following a red flag raised by John Muwanga, the Auditor General in his report for the Financial Year 2020/2021.

The Auditor General’s report FY 2020/2021 pointed out that without an approved staff structure, the recruitment of the 107 staff of the Airlines during the Financial Year under review is rendered irregular, and affects proper planning and budgeting for staff costs.