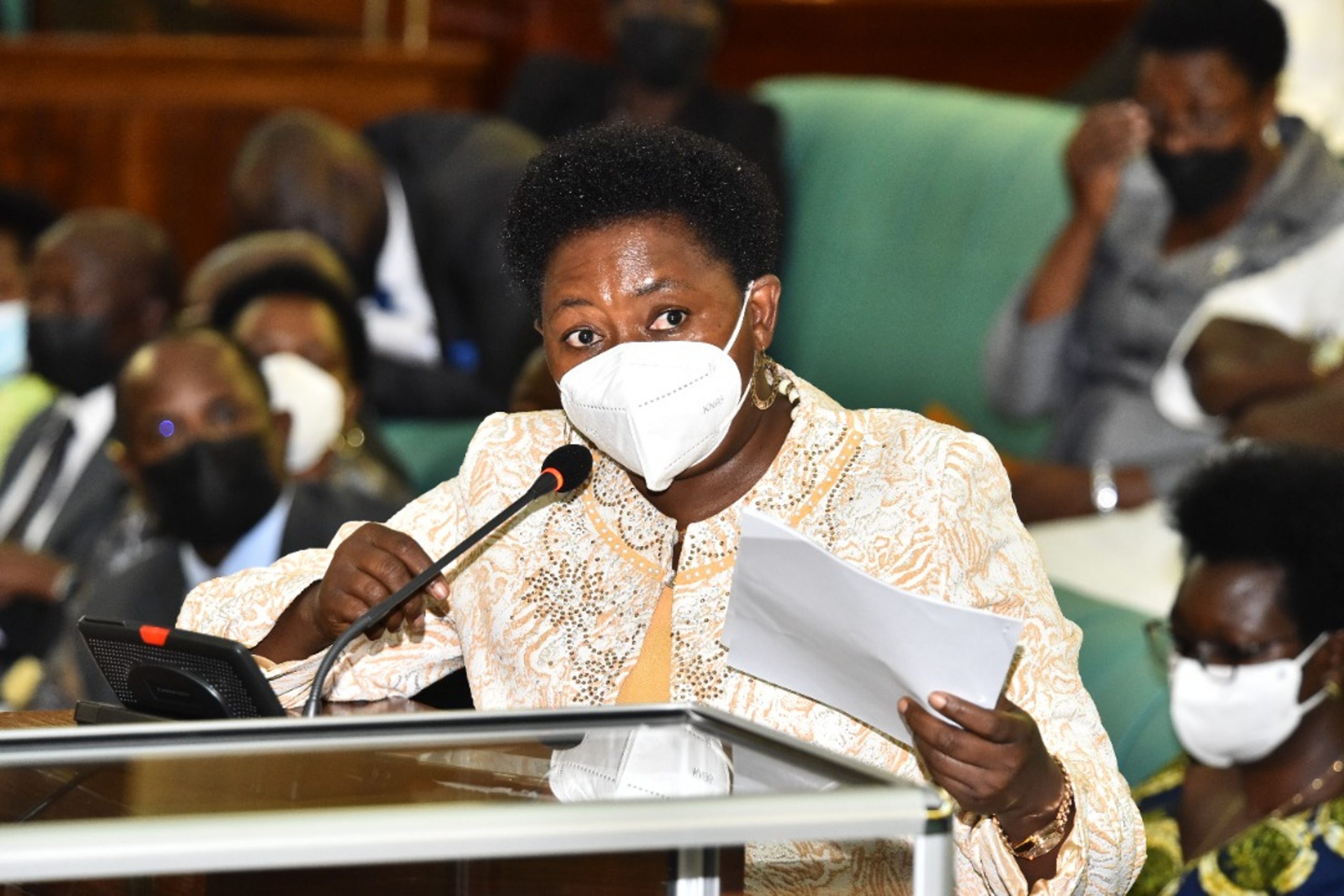 The State Minister for Trade Industry and Cooperatives Harriet Ntabazi has denied any involvement in regulating rice imports from Tanzania.

The chairman of Parliament’s Committee on Tourism, Trade and Industry Hon Mwine Mpaka faulted Ntabazi for overstepping her mandate and issuance of an illegitimate directive that has disrupted the rice business in the country.

Mwine Mpaka revealed this while presenting an investigation report during the plenary sitting on Wednesday. The Committee’s investigation stems from a petition to Parliament by the Kampala Rice Traders Association in May 2022.

He told the house that on 21 April 2022, the minister wrote a letter to the Commissioner Customs URA ordering him to seize clearance of VAT-exempt rice imports until further notice.

“The committee was informed by the rice importers/ traders that this directive by the Minister caused them immense losses namely the cost of hiring trucks per extra day spent at the border cancellation of their contracts from various customers in Uganda, theft of rice from the trucks at the border and psychological trauma of running out of business,” said Mwine Mpaka.

He added that during meetings with stakeholders, the committee was informed that the Minister, Hon. Harriet Ntabazi has on numerous occasions exceeded her powers and issued orders that have distorted trade order in the rice trade.

He then called upon the IGG to investigate the Minister’s involvement in this issue and urged the appointing authority to do the needful.

“Hon. Harriet Ntabazi’s actions are tantamount to abuse of office, corruption, facilitating corrupt transactions with agents, bribery, influence peddling, and conflict of interest which are all crimes provided for under the anti-corruption Act of 2009. The IGG should carry out further investigations with the aim of prosecuting the. The appointing authority should also take appropriate action against the minister” Mwine Mpaka recommended.
However, in response, Ntabazi challenged the report and argued that the main objective of putting private sector entities as an apex body was to enhance proper self-regulation to create stability and trade order in the sector at the cross borders.

She further pointed out that by the terms of reference, RADFO was not obliged to collect any money from rice traders on behalf of the Government. “The terms and reference of RADFO were never to collect any money from anybody,” says Ntabazi.
Hon. Anthony Akol wondered why they are granting permission for the importation of rice every six months, yet we are in a community where there is free movement of goods and services. “Why do you create all these complications?”