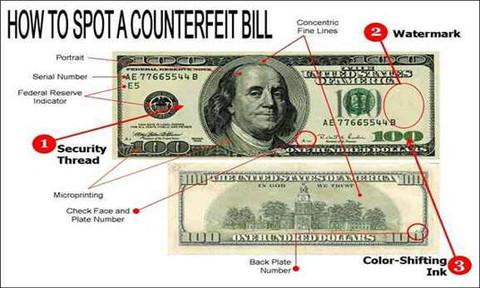 Police in Mukono are holding two, found in possession of counterfeit.

The duo is identified as Maria Nakaweesi, a Businesswoman and a special hire driver, Umaru Lutaaya. They were arrested on Sunday, following information received by intelligence agencies about the illegal activities they were about to be involved in.

They were moving in a motor vehicle registration number UBD 902Y, Raum and on searching the vehicle, they were found with counterfeit of US dollars 243 notes of 100 bills equivalent of US$24,300, metallic box containing some chemicals and  others.

The case is being investigated by CID headquarters.

Meanwhile, Robert Ssesazi, 38, a businessman at Nabugabo Arcade and a resident of Buziga, Makindye Division had reported a case of kidnap of Maria Nakaweesi, 40. The case has since been abandoned since she is in lawful custody over offence of counterfeits.