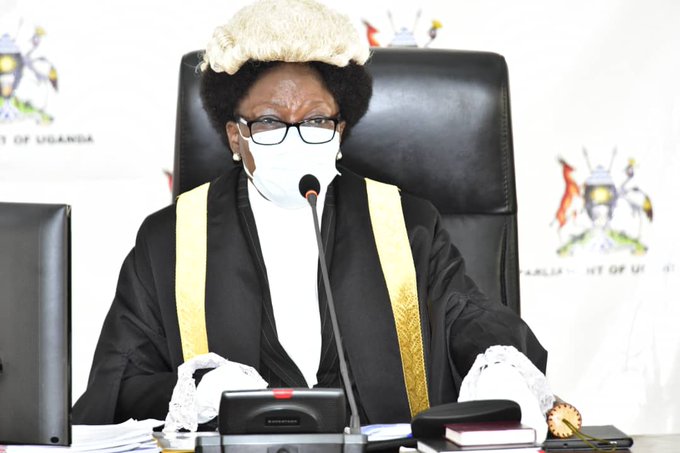 The police in Kampala are holding a young man who was caught in possession of a human head at Parliament.

The man is said to have brought the head of a child, as a gift for speaker of Parliament Rebbecca Kadaga.

“Parliament confirms that a man has been intercepted at its gates trying to allegedly deliver a suspicious package to the Speaker. The man has been arrested by police and taken to CID headquarters in Kibuli for further interrogation as investigations go on” Parliament tweet.

“The suspect was arrested today at 1130hrs by the Police officers manning security at Parliament of the Republic of Uganda, and upon search the suspect was got with a head of a seaming young kid of about 5 to 8 years in a box that was wrapped like a gift” Twiine says.

In a related development, Police in Masaka received a report of murder of unknown seaming kid that was headless (torso) in Kijabweni.

The two separate body parts are being examined by police medical experts to establish whether they bear the same DNA and upon proof, the suspect will be charged of murder.

“Uganda Police condemns such incomprehensible acts of crime, and we wish to assure the general public that the investigations are vigorously being undertaken to ensure that the perpetrators are taken to Court.”

Two arrested in possession of counterfeit worth US$24,300
Mother, 2 daughters arrested for stealing neighbor’s child
Advertisement