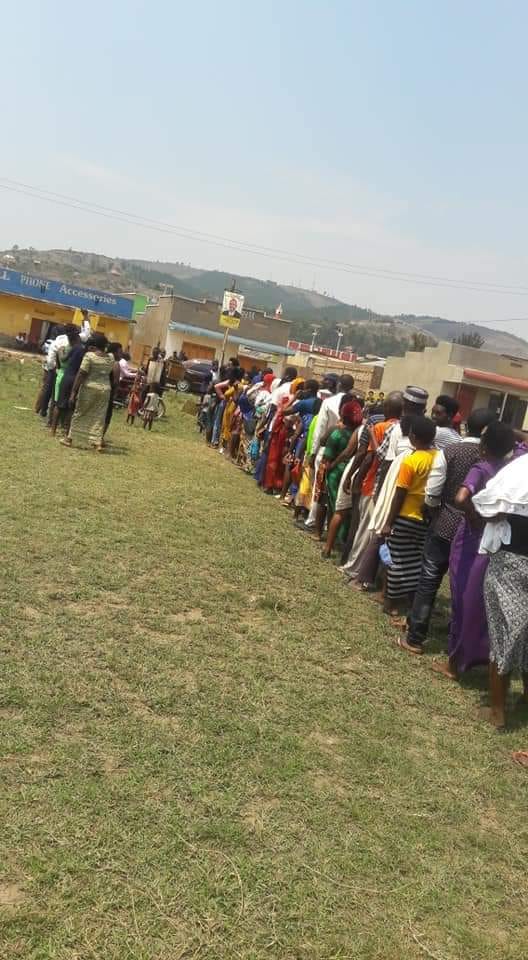 There is a heavy military deployment in Kyebando Central following chaos which broke out at St. Paul Primary School a members of National Resistance in Kyebando Central turned up in hundreds to vote for flag bearers for Local Council 3 Chairman and councilors.

The plan by party electoral leadership in the area was to start the process with voting in the woman councilor position. However, Prossy Twinomugisha group started abandoning the queue, accusing her rival Annet Namara of ferrying voters from Kanyanya, Mpererwe and Mulago, among other areas.

The group went rowdy, demanding that authorities follow the voter’s register, while Namara’s voters say they should follow a directive by the party chairman Yoweri Museveni who permitted all Ugandans, even those note registered as NRM Party members to vote.

Voting was meant to start at 11 am, but by 9 am there were hundreds of voters already waiting anxiously, before they agreed to start the voting process at 10:20 am.

The army was in talks with the electoral officials while Twinomugisha and her supporters have abandoned the process until their issues are resolved.

Namaras’ supporters on the other hand, made two lines and are still queuing, demanding for the counting.

The army is still deployed to quell any violence that could erupt.

I was stupid, foolish and evil; Mathew Kanyamunyu confesses to killing Akena
Two arrested in possession of counterfeit worth US$24,300
Advertisement