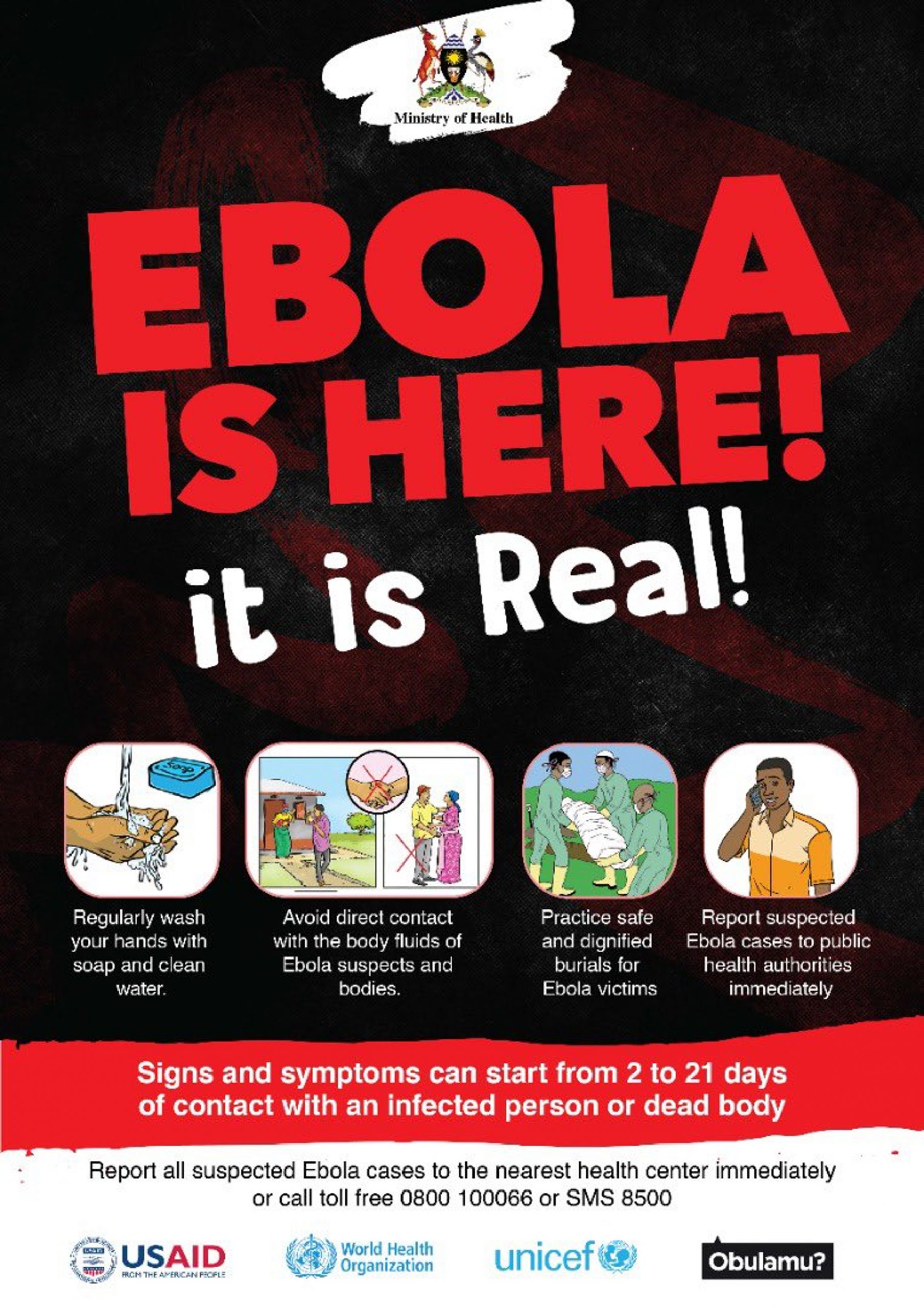 The three youths who were involved in the exhumation of an Ebola-infected body in Kassanda district recently have also since succumbed to the viral hemorrhagic fever.

According to the Ministry of Health, the three exhumed a body of an Ebola Virus Disease victim that had been buried by a specialized district burial team to allegedly perform burial rituals in contravention of guidelines on the safe handling of human remains of Ebola patients.

Medics say that the Ebola virus can be found in the bodies of patients who die of the disease and it is easily transmitted through direct handling of human remains without recommended personal protective equipment (PPE).

It is recommended that only personnel trained in handling infected human remains should touch or move any human remains from a person who has died from Ebola.

Even when handling the body of a person who has died from Ebola, they are advised against washing or cleaning the body, embalming, performing an autopsy and the removal of any inserted medical equipment from the body such as intravenous (IV) lines, endotracheal or any other tubing, or implanted electronic medical devices.

Bur recent reports in Kassanda indicated that locals are using the cover of darkness to exhume bodies of persons who have been buried by the specialised team. Health Minister Dr Jane Ruth Aceng told URN that from that incident alone, they have had seven people that got involved testing positive.

Aceng worries that Kassanda still faces a lot of challenges to control the virus as people have still not yet owned up whereby some run away to other areas when they get suspicious symptoms whereas others go to witch doctors with entrenched beliefs associating the disease with witchcraft.

Kassanda Resident District Commissioner (RDC) Phoebe Namulindwa reported to the minister that they still face a challenge of denial where sections of the community still believe the outbreak is just concocted which is only worsened by the fact that some local politicians have been making reckless statements creating suspicion among their supporters.

As a result, while Kassanda had recorded only 15 cases by the time president Museveni declared a lockdown more than two weeks ago, cases have since hiked to 47 by Tuesday, making the area the new epicentre for the disease.

Comparably, Mubende district which was previously the epicentre is recording a decline in cases with only two cases in the last week.

Aceng says the Kassanda situation is worsened by the fact that the youth are still engaging in risky behaviour and accounting for the biggest number of positives picked.

She says this is against the fact that the district has a very weak health system and has only now appointed a District Health Officer to help coordinate the response. They also don’t have an Ebola treatment centre yet.