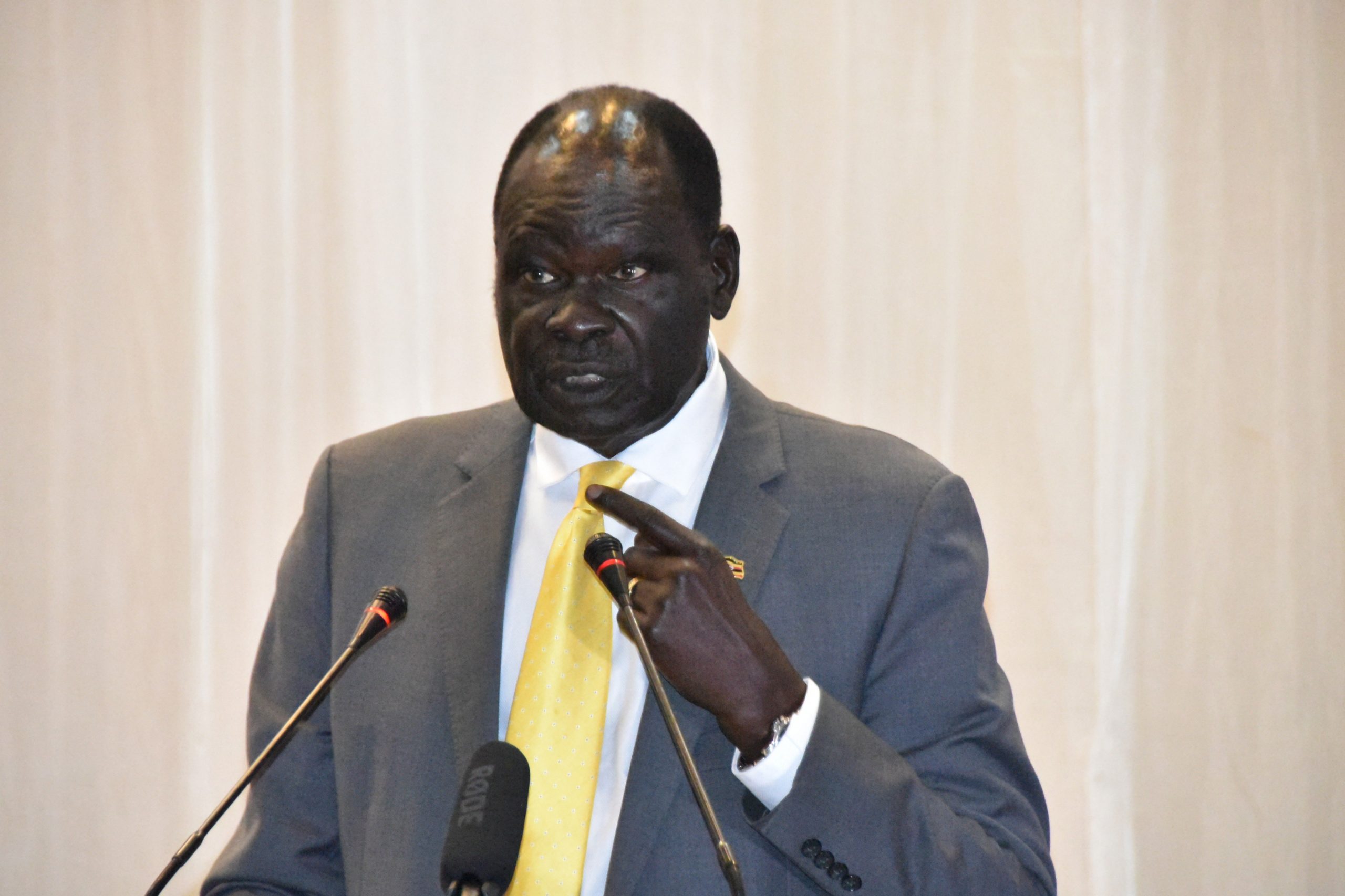 The minister for Relief, Disaster Preparedness, and Refugees, Eng. Hilary Onek (MP) has written to Prime Minister Rt. Hon. Robinah Nabanja asked her to mind her business and stay away from his Ministerial work.

In a letter dated 29th October 2021, the minister says that from the time of her appointment, he has been observing with total displeasure the fact that his role and that of the deputy as the Ministers in charge of refugees and disaster and the lead policymakers on matters of refugee and disaster management have been TOTALLY usurped by the Prime Minister’s office.

For the last few months, Nabanja has been flying to different districts that have been hit by heavy rains, to deliver food and other relief items, a mandate of Onek’s office.

However, the minister says the PM has been flying to the affected areas and calling for meetings without informing his office.

“This is quite evident by the way you have been calling for meetings, going to disaster-affected places, and visiting refugee settlements without informing either my office or that of my deputy. To my shock, the staff who I supervise are the ones being called for the meetings and not the line ministers. On 29% October 2021, you called for a meeting with the local leadership of Bududa without involving my office or even the area Members of Parliament which may lead to decisions being made that contradicts earlier and official cabinet position” Onek says.

He further accused the PM of purging the department of disaster management, taking over the distribution of relief items, and causing interdiction of staff members without proper investigation. According to Hon. Onek, the interdicted staff were accused of causing a financial loss without conducting a forensic audit by involving the office of the auditor general.

“On 5% October 2021, you wrote to my office halting the settlement of refugees in Kyangwali over land ownership dispute, this decision was an OPM Vision: A Public Sector that is responsive and accountable in steering Uganda towards rapid economic growth and development arrived at without involving either me or my deputy or any technical staff from the department of refugees. There are several reports about the land in Kyangwali like the report by the late Gen. Julius Oketta that dates as far back as 2014, the Nakalema report, and other reports from the Ministry of Lands, Housing, and Urban Development that should have helped guide your decision. Undercutting the Ministry of Relief, Disaster Preparedness, and Refugees and directly working with local government officials will lead to further contradictions and confusion” he added.

Onek points to his previous work with three Prime Ministers and that he always knew that their constitutional role is to coordinate legislative agenda, lead government business in parliament and monitor all ministries and government programs and that they never got involved in the micromanagement of other ministries.

“If you decide to micromanage other ministries, what then is the role of the sector ministers who are supposed to plan, make policies, and deliver on the manifesto of H.E the president? Rt. Hon Prime minister if you have decided to carry on working like this and rendering my docket irrelevant, kindly put it in writing to H.E the President who is the appointing authority, and I will relieve myself of my responsibilities and allow you carry on with your duties. I will NOT be held accountable for decisions that have been taken without my input” Onek concluded in his letter.

It remains unclear if the Prime Minister has responded, but this is likely to cause an emergency review of the work done by his Ministry. In Kasese for example, the PM discovered that some of the staff from Onek’s office had facilitated the purchase and distributed rotten beans and substandard beddings.