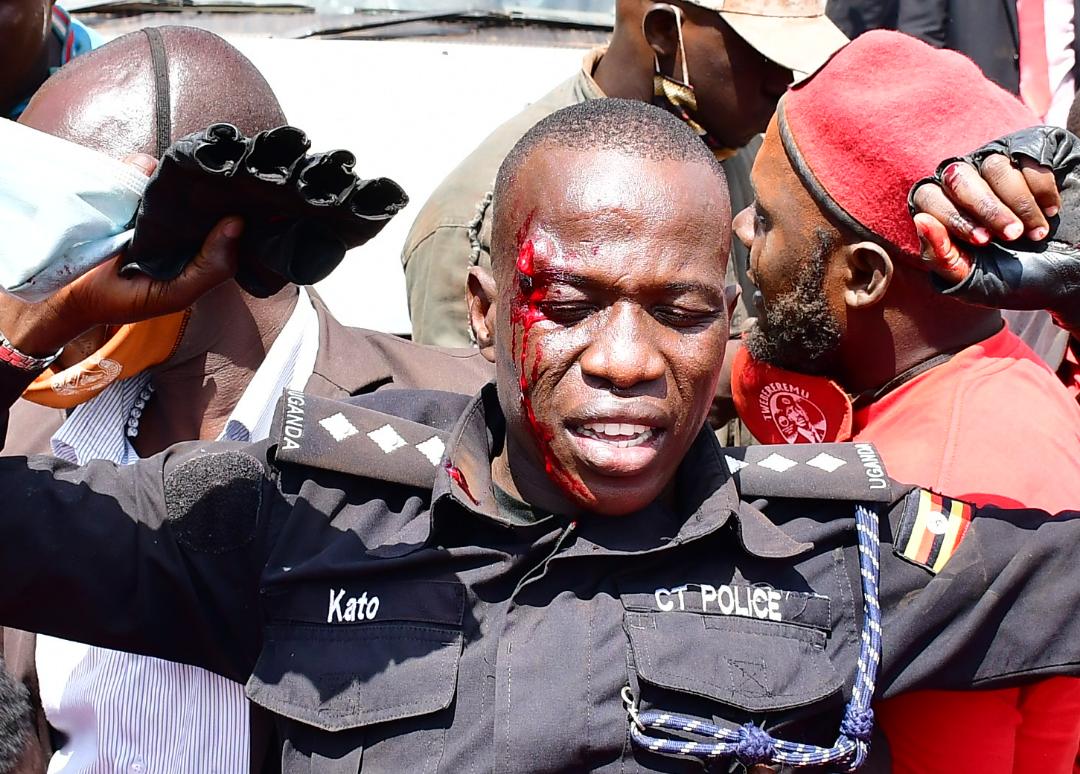 Several people including a counter terrorism police officer have been injured during running battles between police and supporters of National Unity Platform presidential candidate Robert Kyagulanyi Ssentamu in Kayunga.

According to Kyagulanyi, police and military shot and injured many of his team members and other Ugandans who gathered to wave to him in Kayunga.

“My friend and producer Dan Magic has been hit in the face! ASP Kato, a police officer attached to me has also been badly injured. Many comrades are gravely injured. Pray for us. Pray for Uganda. We shall overcome!” Kyagulanyi said.

ASP Kato who is under the counter terrorism police is one of the officers assigned by the electoral commission to guard Kyagulanyi during the campaigns.

Police fired teargas and live bullets to disperse crowds which were forming in Kayunga as the candidate drove through their area, on his way to Jinja for campaigns.

The injured were rushed to Nazigo Health Centre in Kayunga where they are being treated. However, it is reported that police also fired teargas and bullets inside the hospital too.