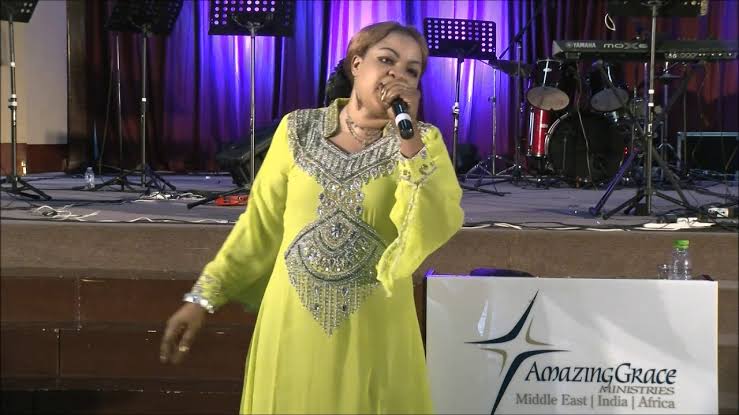 Ever heard of the saying that doesn’t judge a story based on one side but rather here the two sides out first.

It seems the case with an embattled couple of Bethel Healing Ministries Pastor Irene Manjeri and husband or who was her husband, Dr. Vincent Katongole.

Manjeri earlier this week came out to reveal how her husband is a serial womanizer who is even planning to marry another woman.

She added that besides siring children from different women, he was also threatening her with death.

Manjeri looked clearly devastated by her husband’s actions and had everyone criticizing her husband.

He has however also come out to give his side of the story and it seems different from Manjeri’s version.

Dr Katongole said that he got tired of being mistreated by his wife, and they even officially divorced in 2003.

He had the official court documents which showed that their marriage was officially canceled by Court.

He added that for the last 14 years, he’s been living alone at his home in Kisaasi after being mistreated by Manjeri in their home in Entebbe.

Dr. Katongole further said that Manjeri is a very different person at home from the one at church.

He added that she was always threatening him with how she has close ties to State House and the then IGP Kale Kayihura.

“I officially divorced Manjeri in 2002/03. I only returned to live with her after being counseled. She’s a very different person at home from what she is on the pulpit. I had become a slave in the house and tortured a lot. She ordered the security guard to lock me out of the house over 14 times just because I had returned home late. But I have businesses that I run and can’t be dancing on a woman’s fingertips.
She doesn’t want to be criticized and even keeps a gun inside the house. Whenever we had arguments she would run to the room to pick it and even used to threaten me how she has connections to State House and the former IGP Kayihura,” he revealed.

He also revealed that he only has two children with the Pastor who are twins and all are independent since they are adults.

Dr Katongole said that he was surprised to see Pastor Manjeri crying crocodile tears labeling baseless accusations against him.