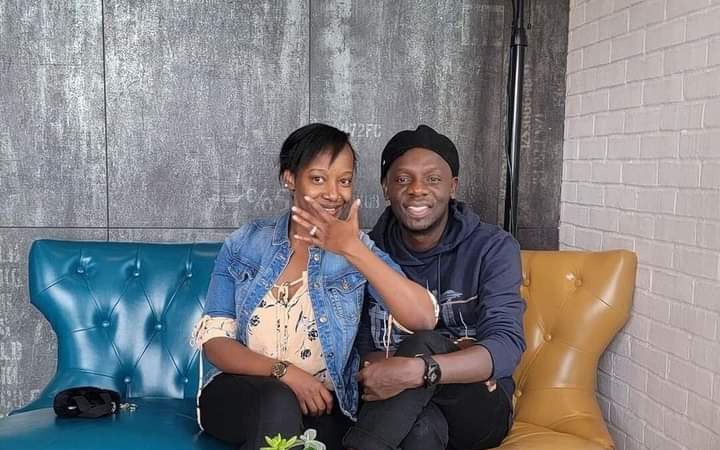 Popular born-again pastor Wilson Bugembe, of Worship House Church in Nansana, has at long last found his missing rib after he hooked himself a very sexy Belle.

Bugembe, who has been a bachelor for several years despite the availability of hundreds of babes willing to surrender their hearts and Sumbies for him, has finally decided to settle down with a babe only identified as  Denise.

Moles intimate that Denise and Bugembe are so into each other that they are said to have gotten engaged secretly over the weekend and following his commitment she has since shared snaps with her pals in which she is seen flashing her engagement ring.

However, although Bugembe is yet to go public about this relationship, Denise is said to be going around telling whoever cares to know that she finally won the Pastor’s heart and that she is ready to give him twins!

It should however be recalled that Bugembe was some time back said to be deeply involved with another babe only identified as Nicole, although they later parted ways without anything serious having materialized from their rendezvous.

During the time when they were still so tight with each other Bugembe used to cater for  Nicole so much and at one time he threw her a lavish birthday party,    a gesture that left many of his followers speculating that perhaps he had finally found someone to settle down with.

But little did they know that he was secretly vibing Denise until he surprised them by unveiling her, moreover with an engagement ring!