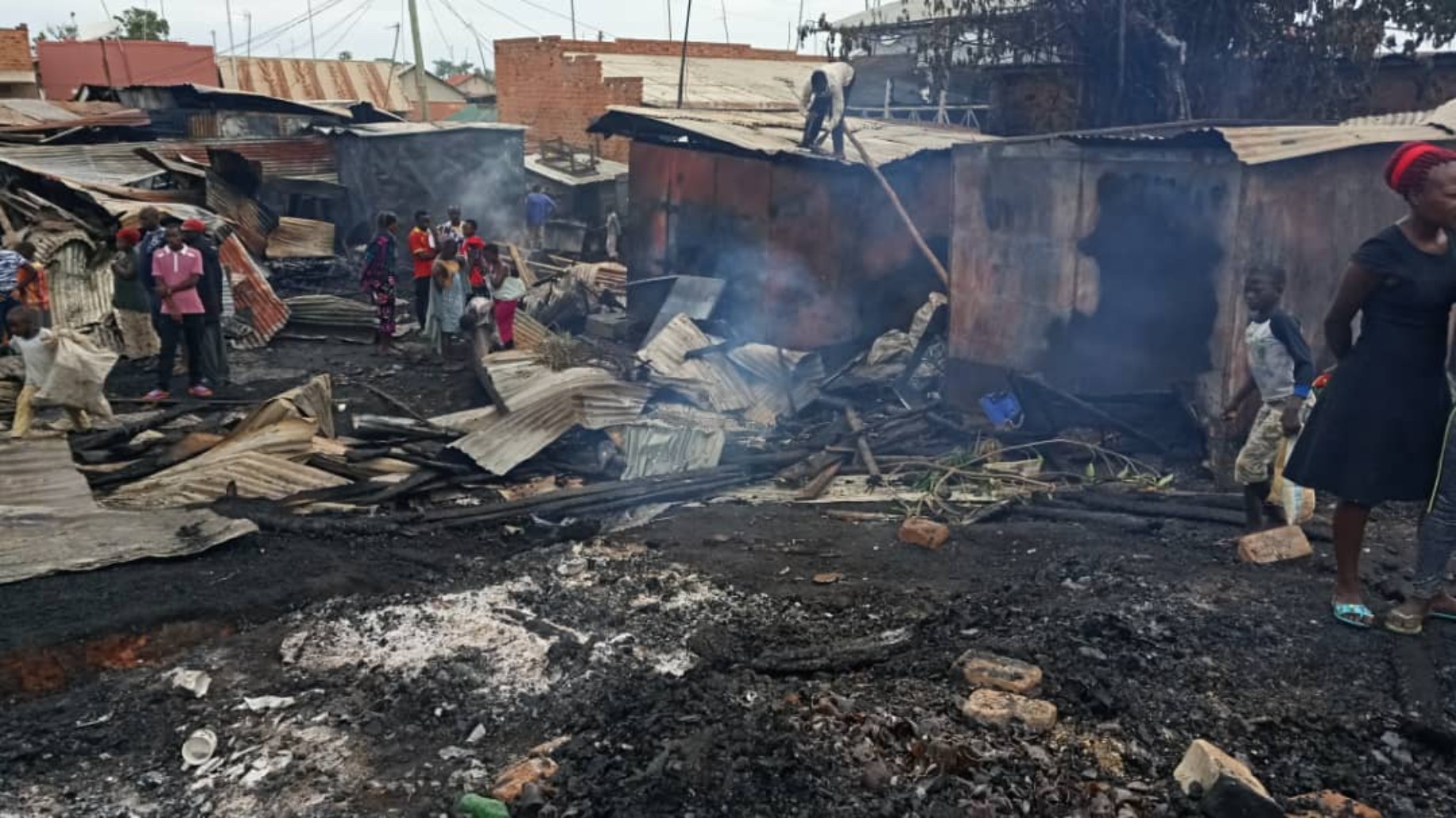 Properties worth millions of shillings were lost in a fire that gutted several homes and shops at Ndese Landing Site in Entebbe Municipality leaving fishermen and traders in losses.

Over 300 temporary structures on the landing site were destroyed by the fire that broke out at around 6 pm on Sunday, December 5.

According to witnesses, tongues of huge flames suddenly rose from the wooden houses and kiosks in the area.

Residents tried to stop the fire using water and soil in vain.

The fire brigade of the Uganda Civil Aviation Authority rushed to the scene after 45-minutes and put out the fire after two hours at the landing site which is less than 10-kilometers from Entebbe International Airport.

According to Musa Yiga the area chairperson, there were no reports of death or injuries and likely cause of the fire by the time he left the scene at 9 pm.

The chairperson of Red Cross Society Entebbe Branch Robert Kiggundu says that local leaders including Division B chairman Richard Ssekyondo have reported that over 300 houses have been destroyed leaving 700 people displaced.

Red Cross sent a team of volunteers to assess the impact of the destruction and the number of those affected but will do a full assessment report today Monday, to guide their response to the situation.