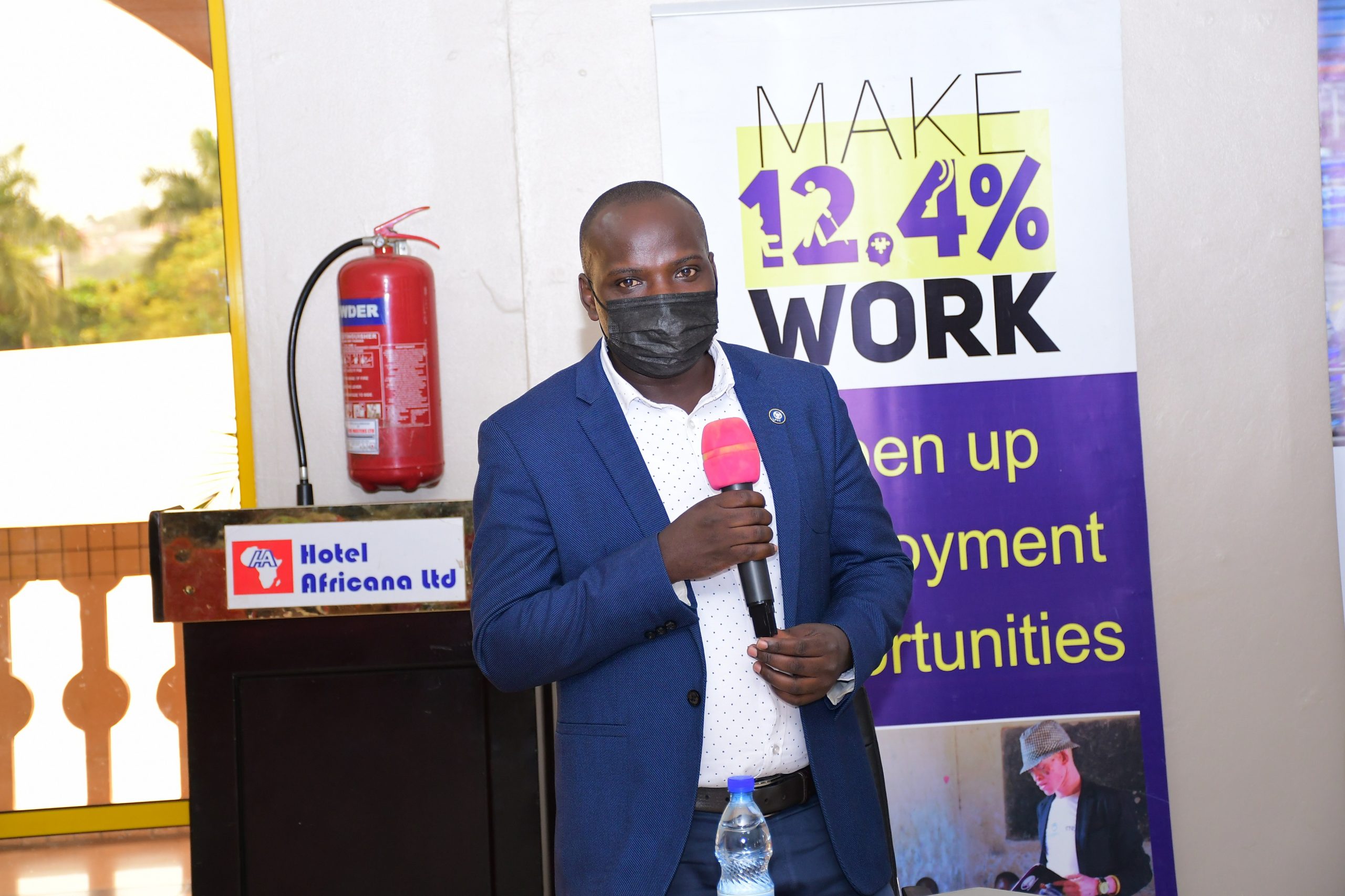 Uganda Breweries Limited (UBL) is committed to maintaining inclusion and diversity by setting a target of 10% of all new hires being Persons With Disabilities (PWDs), Suleiman Ngondi, UBL’s Sustainability and Communications Manager has announced.

Ngondi made the announcement during a Career Fair to commemorate World Day for Persons With Disabilities, organized by the Federation of Uganda Employers (FUE) at Hotel Africana on 3rd December 2021.

Several companies showcased the different programs they have in place to recruit and train PWDs during the Career Fair.

“Our fidelity to the “Make 12.4% Work” initiative that we signed in 2019 remains, and we have formulated strategies to ensure that we implement it. We set a recruitment target of having 10% of all our new hires being persons with disabilities, in addition to opening our internship programme to this productive but overlooked group in society,” Ngondi noted.

This, he said, is in line with UBL’s parent company, Diageo’s, Society 2030 agenda, which aims to create a more inclusive and sustainable world while making a positive contribution to the communities within which their businesses operate.

According to the Uganda Bureau of Statistics Census Report (UBOS 2016), 12.4% of Ugandans live with some form of disability, which is tallied to approximately 4.5 million persons with disabilities. The report noted that the prevalence was higher among women (15%) than men (10%) and higher in rural areas (15%) than in urban areas (12%).

While addressing attendees at the fair, Ngondi added, “UBL’s doors are open to you. And we are continually investing in efforts that increase the scale and impact of our inclusion initiatives to create a culture that ensures that qualified persons with disabilities thrive at Uganda Breweries Limited.”

Mustaphar Fagayo, the Human Resource Specialist and Administration Officer at FUE said PWDs have the same abilities as any other person without a disability and urged companies to put in place access structures like ramps and other aid materials to enable PWDs to perform at work.

“For example, if you have a storey building, put ramps where someone with his/her wheelchair can access the building. If someone with hearing impairment has applied for a position in your organisation, don’t chase them away, get an interpreter and interview this person,” said Fagayo.

Fagayo said the mind set of many employers about PWDs is that they cannot work and should just be there to be helped, which is wrong.

Properties razed down by fire at Ndese Landing Site in Entebbe
NEMA, UNBS collaborate to enforce ban on Kavera
Advertisement