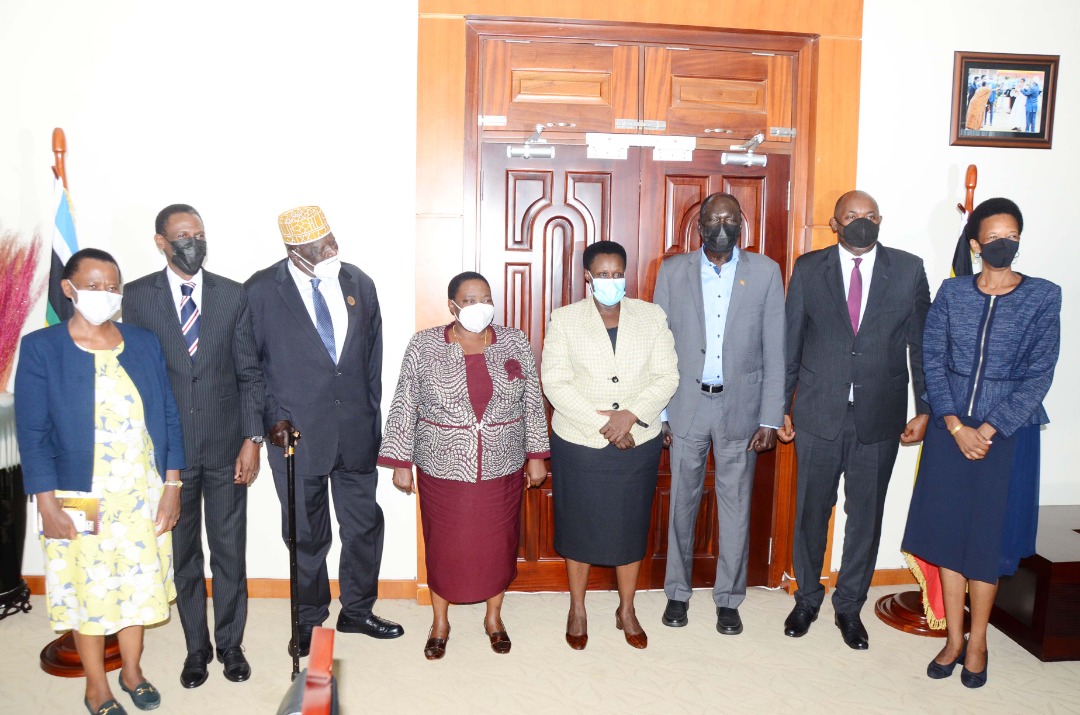 The Prime Minister Robinah Nabbanja and the minister for Relief, Disaster Preparedness and Refugees, Eng. Hillary Onek have agreed to work together for the betterment of the country, the Vice President Maj. (Rtd) Jessica Alupo has revealed.

“We have had a good meeting and agreed to work together. We have decided to leave certain issues in the past and work for the betterment of our country,” the Vice President said, after a closed-door meeting with Nabbanja and Onek.

“We have agreed to look ahead and forget the past. We are one,” she emphasized.

The meeting, chaired by the Vice President as an arbiter; was also attended by Gen. Moses Ali, the Second Deputy Prime Minister and Deputy Leader of Government Business in Parliament, and Lucy Nakyobe the Head of Public Service and Secretary to Cabinet

The others in the meeting held at the Vice President’s Office were Attorney General Kiryowa Kiwanuka, Dr. Baryomunsi Chris the Minister of Information, Communications Technology and National Guidance and Esther Anyakun the State Minister for Relief, Disaster Preparedness and Refugees.

The meeting follows a letter from Eng. Onek, in which he discomfort in his working relationship in the office of the Prime Minister.