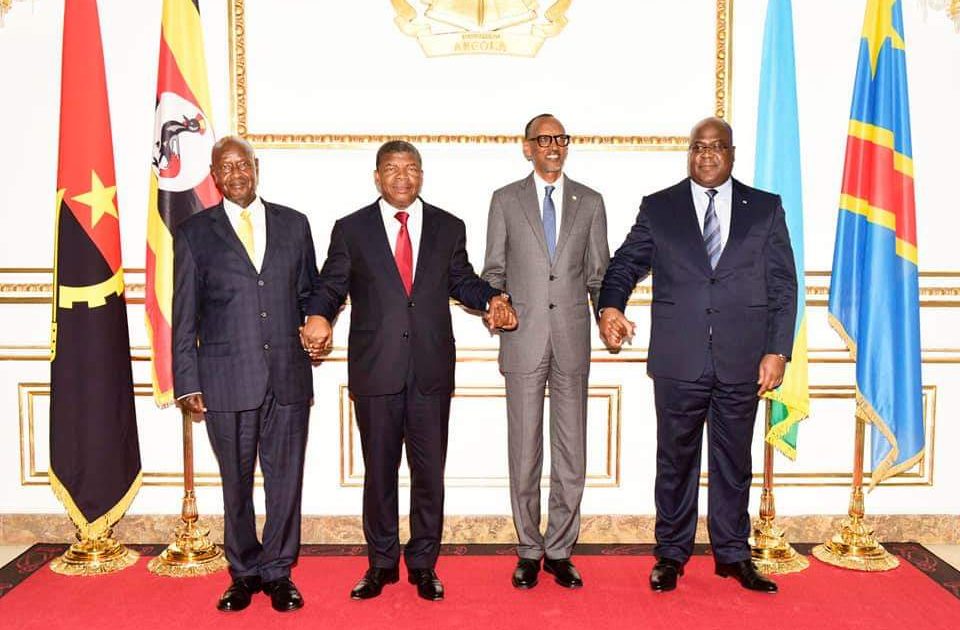 The summit was initiated by H.E Tshisekedi the President of the Democratic Republic of Congo, to discuss subjects of common interest with a view to strengthening good neighborly relations between the countries concerned, and to fostering the strengthening of cooperation for pacification and stabilization of the east of the Democratic Republic of Congo and the Great Lakes sub-region.

The Heads of State further deplored the harmful effects of the coronavirus disease, particularly the loss of human lives recorded in the Great Lakes sub-region and in the world as well as its negative impact on economies. They offered their sincere condolences to the bereaved families, and resolved to be extra vigilant in the face of persistent threats of this epidemic in their respective countries;

To this end, the Heads of State agreed to set up a cross-border plan to strengthen surveillance and control measures in response to Covid-19 and other pathologies with epidemic potential between the four countries, while respecting national, regional and international laws relating thereto;

They also reaffirmed their determination to consolidate cooperation between States and to pursue the exploration of economic opportunities, including facilitation of cross-border trade and infrastructure to strengthen the regional integration necessary for the consolidation of peace and safety in the Great Lakes sub-region;

The Heads of State directed the Ministers of Foreign Affairs to propose practical modalities for the implementation of the decisions of this Summit.

His Excellency Tshisekedithanked his counterparts from the Republics of Uganda, Rwanda and Angola for their participation in this Mini-Summit and their reaffirmation of supporting efforts for peace, security and stability in the Great Lakes sub-region;

The other Heads of State also welcomed the initiative of their counterpart from the Democratic Republic of Congo, His Excellency Tshisekedi Tshilombo for the holding of this Mini-Summit.