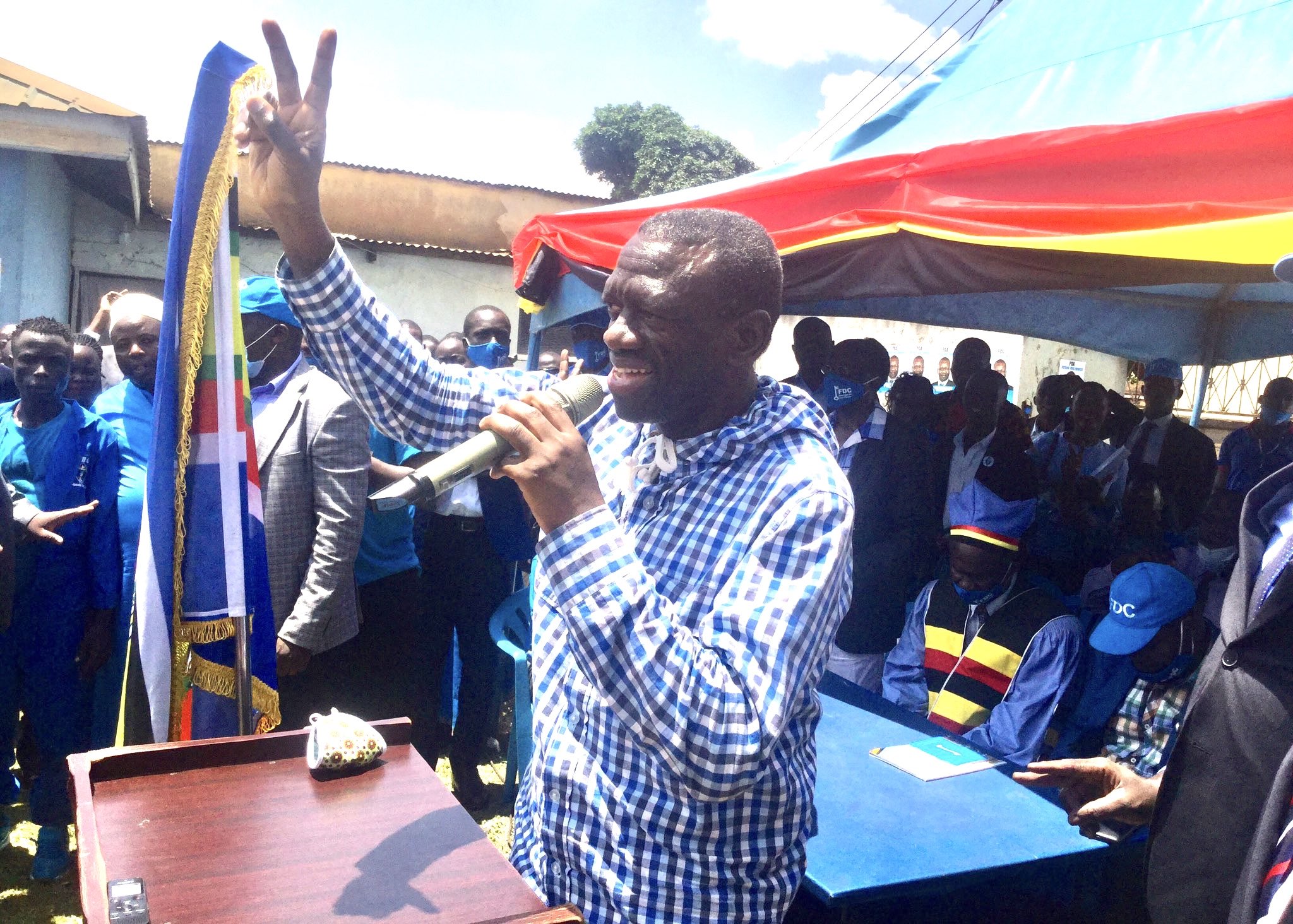 News was spreading on social media over the weekend, that the “People’s President” had tested positive for COVID-19. However, Kikonyogo told the press at Najjanankumbi this morning, that the former party president met with someone who later tested positive.

Besigye was also tested to ascertain his status and his result came out negative, but was advised to go into self-isolation, which he has done starting today.

“As someone who has been championing observing SOPs, his doctor has advised him to self-isolate for some period. There are no worries as he starts today, but we are still telling Ugandans to observe the SOPs. All of us should be well enough to vote in the next elections” Kikonyogo said.

Dr Besigye is one of the people that have been championing the call to observe SOPs. He also came up with an immune boosting concoction which many Ugandans have testified to using and getting better results.