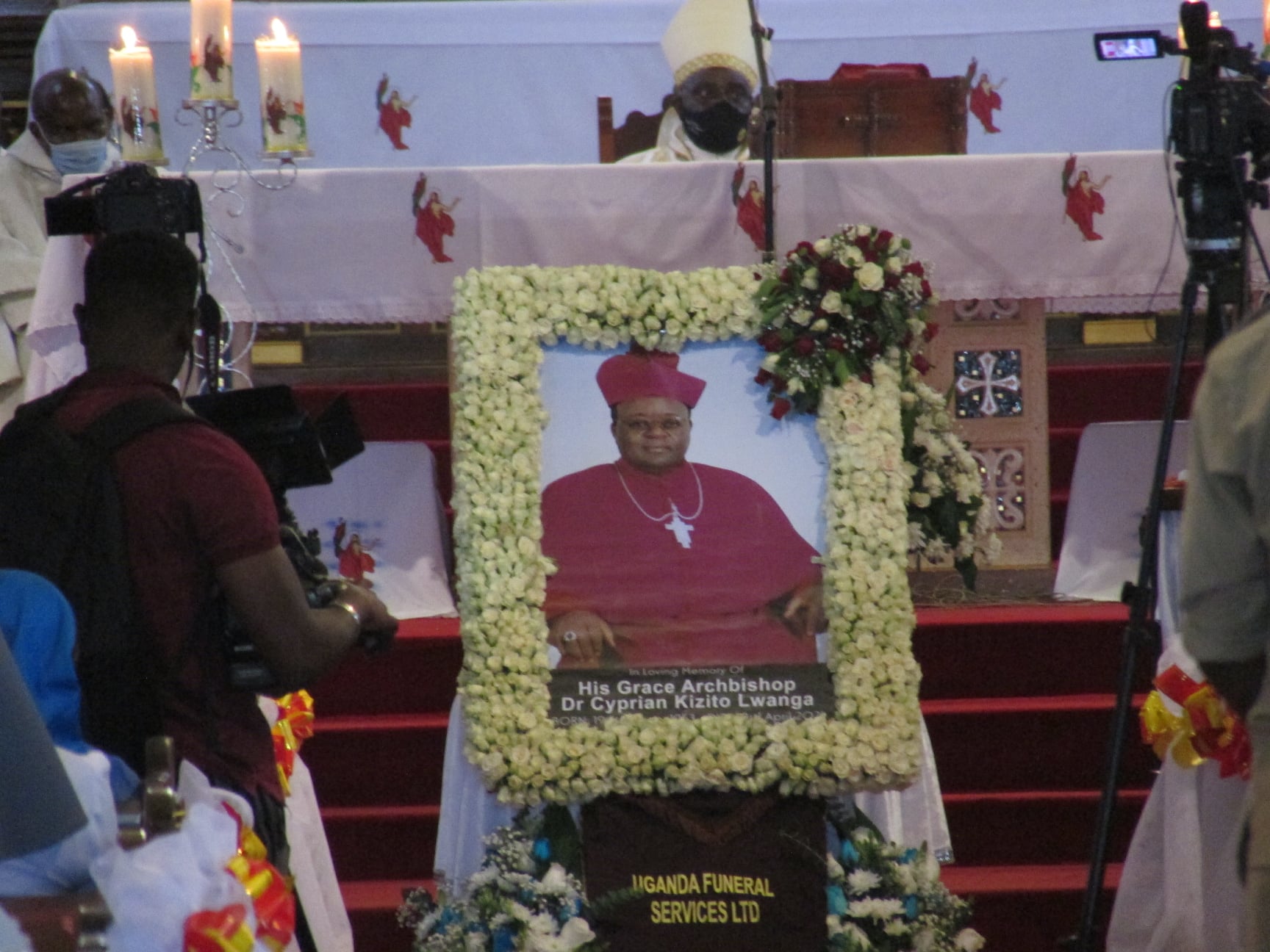 President Yoweri Museveni will Tuesday morning lead a group of mourners to pay final respect to the fallen Kampala Archbishop His Grace Cyprian Kizito Lwanga during a state funeral at Kololo Airstrip.

Government is working together with the Catholic Church and family held a meeting on Sunday, where a request for the state funeral was made by Prime Minister, Dr. Ruhakana Rugunda and the other parties agreed.

“We, today held a planning meeting at the office of the Prime Minister for a befitting send off for the late Archbishop of Kampala, Dr. Cyprian Kizito Lwanga. Government is working closely with the Church and the family to ensure that our spiritual leader receives a dignified sendoff” Prime Minister Rugunda said.

According to Msgr Charles Kasibante, the government asked to pay tribute to the deceased, a request which has been granted.

From 10:00 a.m. to 12:00 p.m on Tuesday, the body of the prelate will lie in state at Kololo airfield for president Yoweri Museveni as the chief mourner and other government officials to pay final respect.

In his message on Twitter, President Museveni earlier joined the Catholic Church, all religious faithful, and the country in mourning Archbishop Lwanga, saying that he died in faith.

When the body leaves Kololo this afternoon, it will be taken to Kyabakadde in Mukono district. This is the late Lwanga’s birth place of the archbishop. Here, Lugazi Diocesan Bishop Christopher Kakooza will lead a Requiem Mass and later the public will be allowed to view the body with strict adherence to covid-19 regulations.

On Wednesday, the body shall be taken to Uganda Martyrs Shrine, Namugogo for Christians to pay their last respects. The event will start at 8:00 a.m and end at 9:30 a.m. There will also be a Requiem Mass led by the Bishop of Masaka diocese Serverus Jjumba.

His Grace Kizito Lwang will then be laid to rest on Thursday, inside Sacred Heart Lubaga Cathedral.