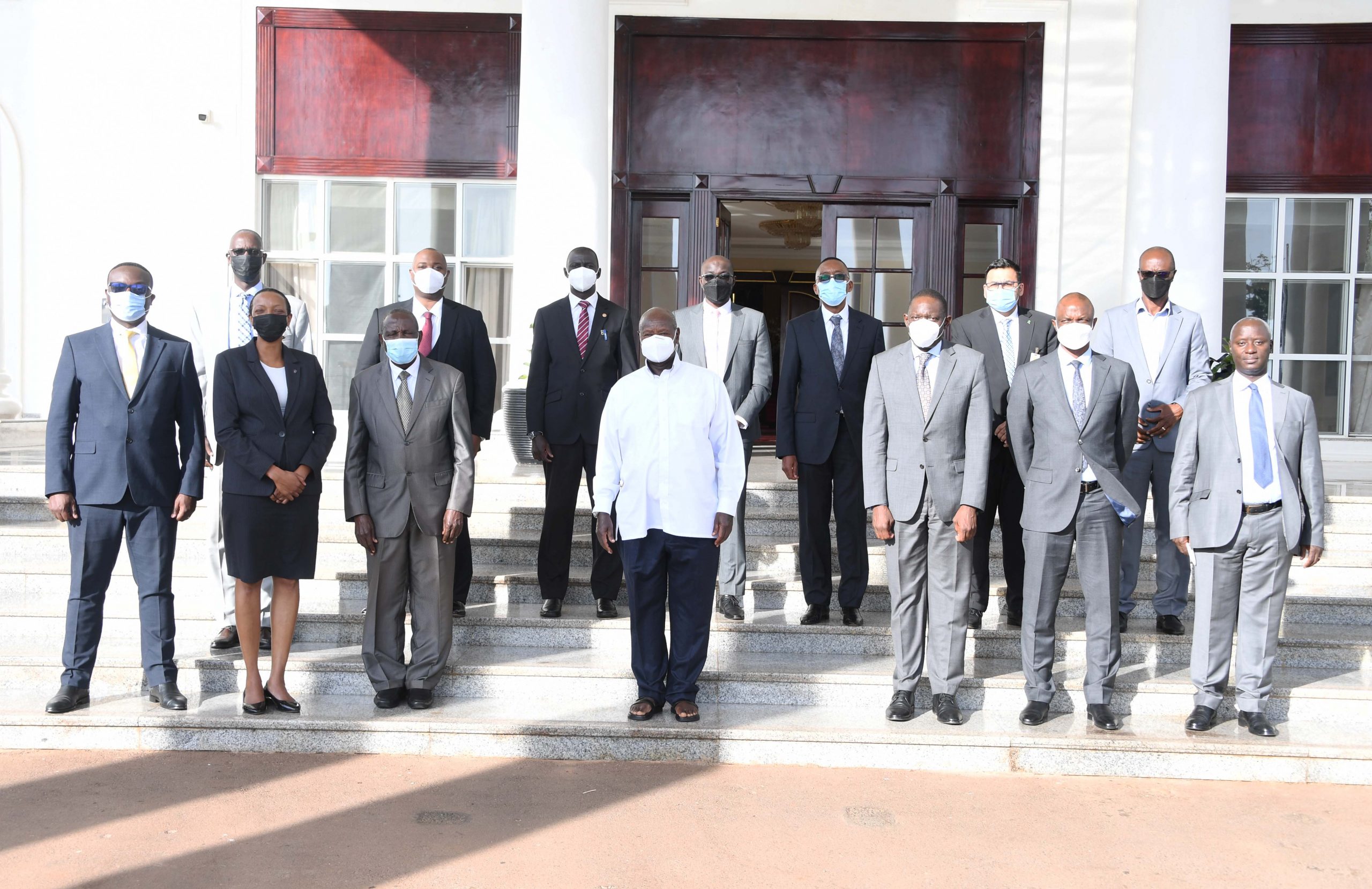 President Yoweri Museveni has today met and held discussions with members of the Uganda Bankers’ Association who highlighted the association’s contribution to the economy and their support of the National Development Plan.

President Museveni commended the banking and financial services sector for their effort to align with the National Development plan.

“In the past commercial banks have been aligned to neo-colonialism, supporting imports of consumer goods. I am glad we are beginning to see a change if you have started to support agriculture and export promotion” he said.

The Uganda Bankers Association is an umbrella body made up of 36 financial institutions mostly regulated by the Bank of Uganda.

Their main objectives are to represent the professional interests of its members, maintain a code of ethics and best banking practices as well as undertake research, policy and development.

President Museveni in his remarks, expressed disappointment in the educated people who have failed to put an end to Africa’s haemorrhage saying that they have continuously supported foreign industries thereby betraying Africa’s purchasing power.

“It is really betrayal, African elites have betrayed Africa and this has led to purchasing power not growing” he added.

On submission by the Chairman of the Bankers association regarding land evictions where borrowers use encumbered land as collateral, the President clarified saying that banks need to do due diligence especially where the land is occupied by tenants and advised that they should not accept encumbered land titles.

The Chairperson of UBA and the Managing director of Citi Bank, Ms Sarah Arapta thanked the president for his support of the financial sector specifically his good stewardship of the country that has led to macroeconomic stability, and security as well as numerous financial sector reforms.

She noted that the financial services sector is focusing on ten areas on how to support government development plans singling out the support of the Parish Development Model (PDM), digital transformation to drive financial inclusion, promote domestic manufacturing as we as supporting the growth and development of commercial agriculture among other areas.

The meeting was attended by the minister of finance planning and economic development, Hon. Matia Kasaija among other senior banking and financial sector officials.