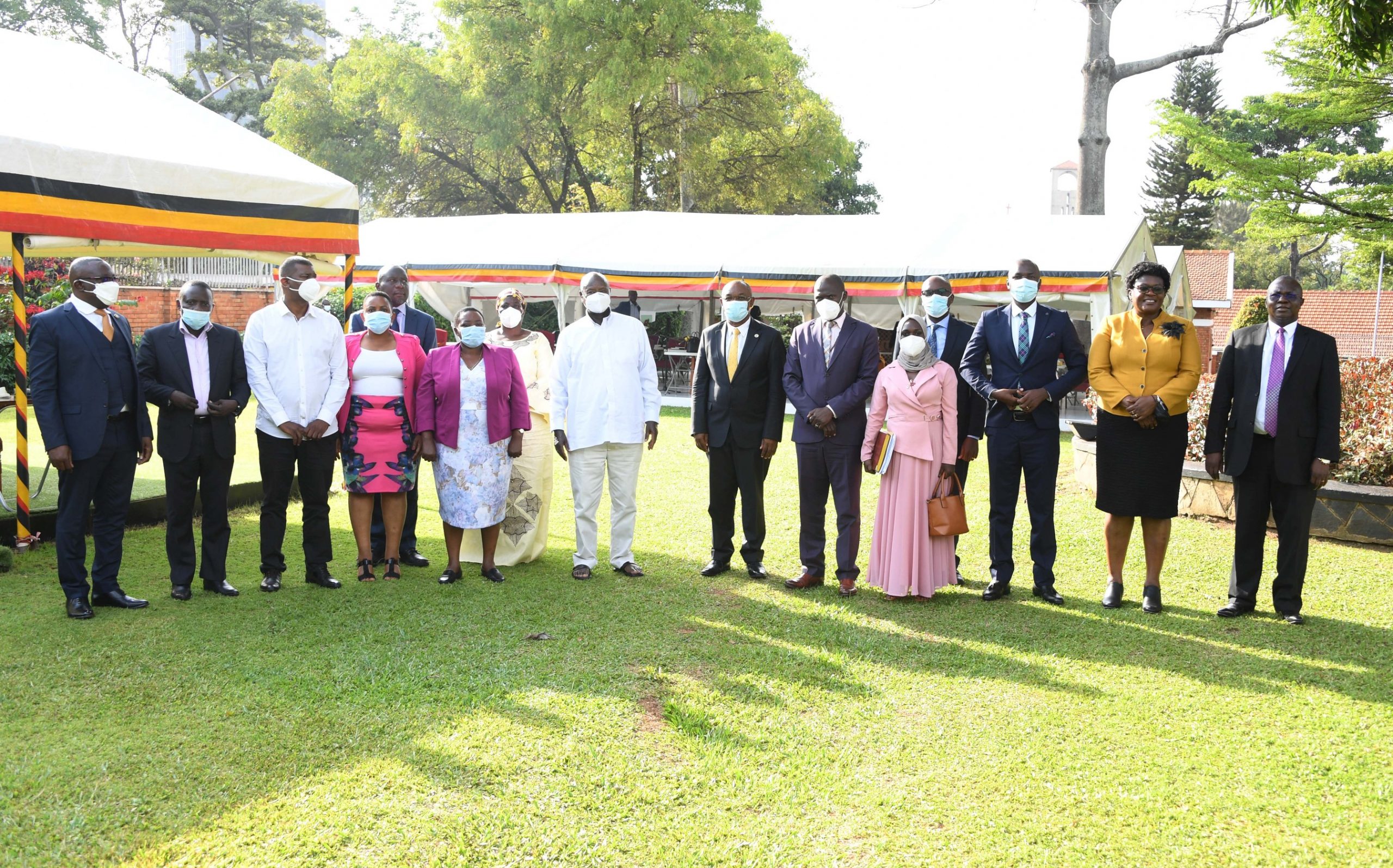 President Yoweri Museveni has advised Kampala Capital City Authority leaders to have two government-owned markets and taxi parks in each of the divisions of Kampala, occupied and managed by the wanainchi (common man).

The President was today meeting Kampala Capital City Authority leaders and some of the market representatives over the leadership and management of markets in Kampala and the metropolitan areas.

During the meeting held at State House Nakasero, the President guided that these markets should be owned and managed by the low-income earners instead of being taken by the rich who in turn charge high fees from the wanainchi.

The rich can afford to do business on Kampala Road, Ntinda and all the other main roads. As leaders who love their country, they should think about the poor” he said.

The meeting follows the President’s directive on the harmonisation of issues affecting the common people in the Informal Sector in Kampala and surrounding areas.

President Museveni also suggested to KCCA to have two government-owned markets and taxi parks in each of the divisions of Kampala with an emphasis that they should be occupied and managed by the wanainchi.

“The people you have been chasing off roads have been saying they have nowhere to go, so if you do not plan for them where will they go?”  He wondered.

He said that both logic, as well as legal standing in addressing the market challenges in the country, should be applied.

There have been challenges in the informal Sector stemming from mismanagement, ownership, policy and regulation among others.

Prime Minister, Robinah Nabanja thanked the President for his efforts in always fighting for the common person.  She pledged to work with all the stakeholders in finding a lasting solution to the market challenges.