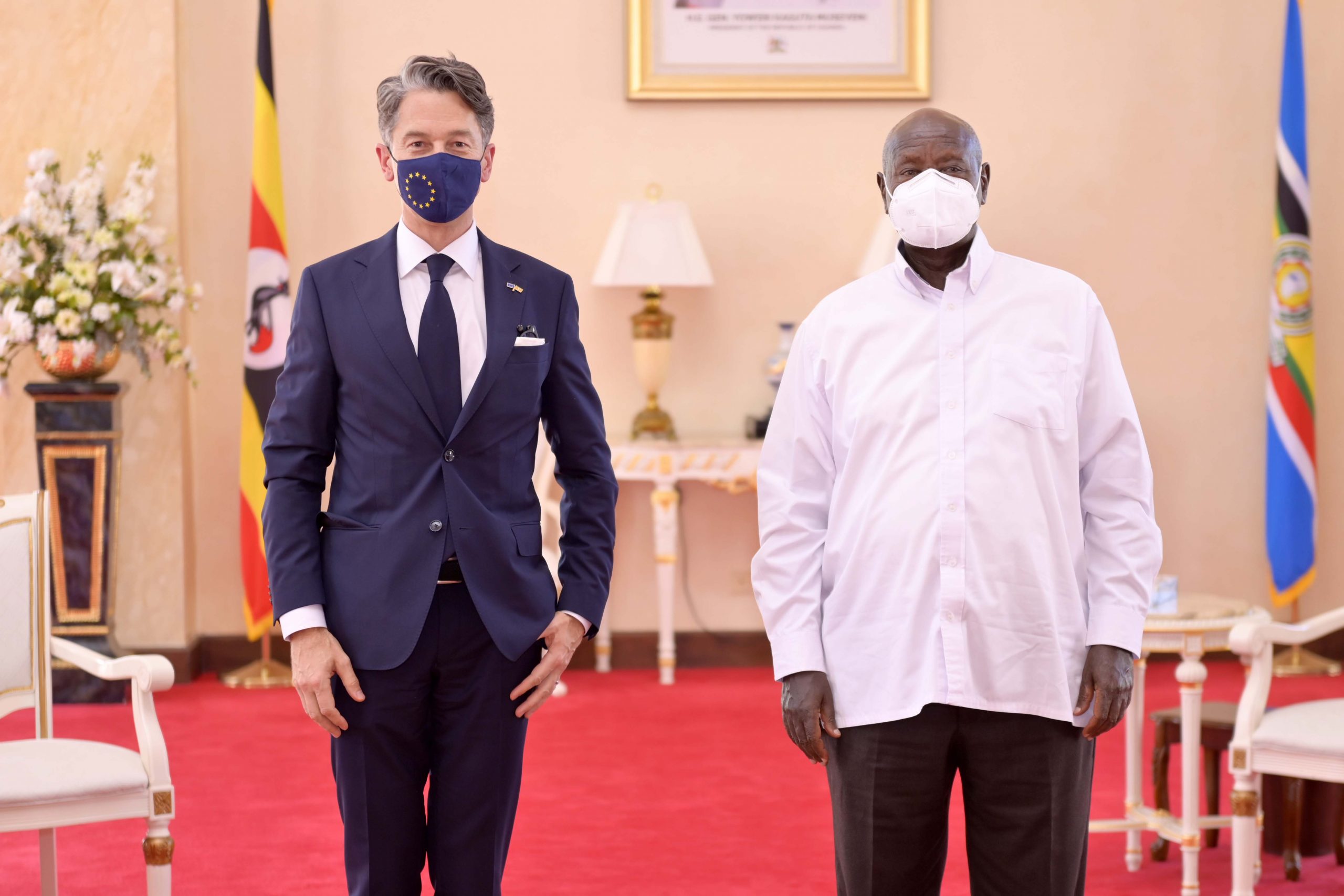 The Ambassador was accompanied by his wife and present at the function was Uganda’s Minister of Foreign Affairs, Hon. Gen Abubaker Jeje Odongo among other officials.

Welcoming her Excellency, President Museveni said Uganda has enjoyed a good relationship with Denmark for a long time.

“Denmark has been our partner in the area of milk production. They gave our government our first 20 milk coolers which we used to encourage people to produce milk for money and not only consumption”, he said

“I put the first milk cooler in Rushere which changed people’s livelihood. Now, there are over 50 of them in just Rushere”, the President added.