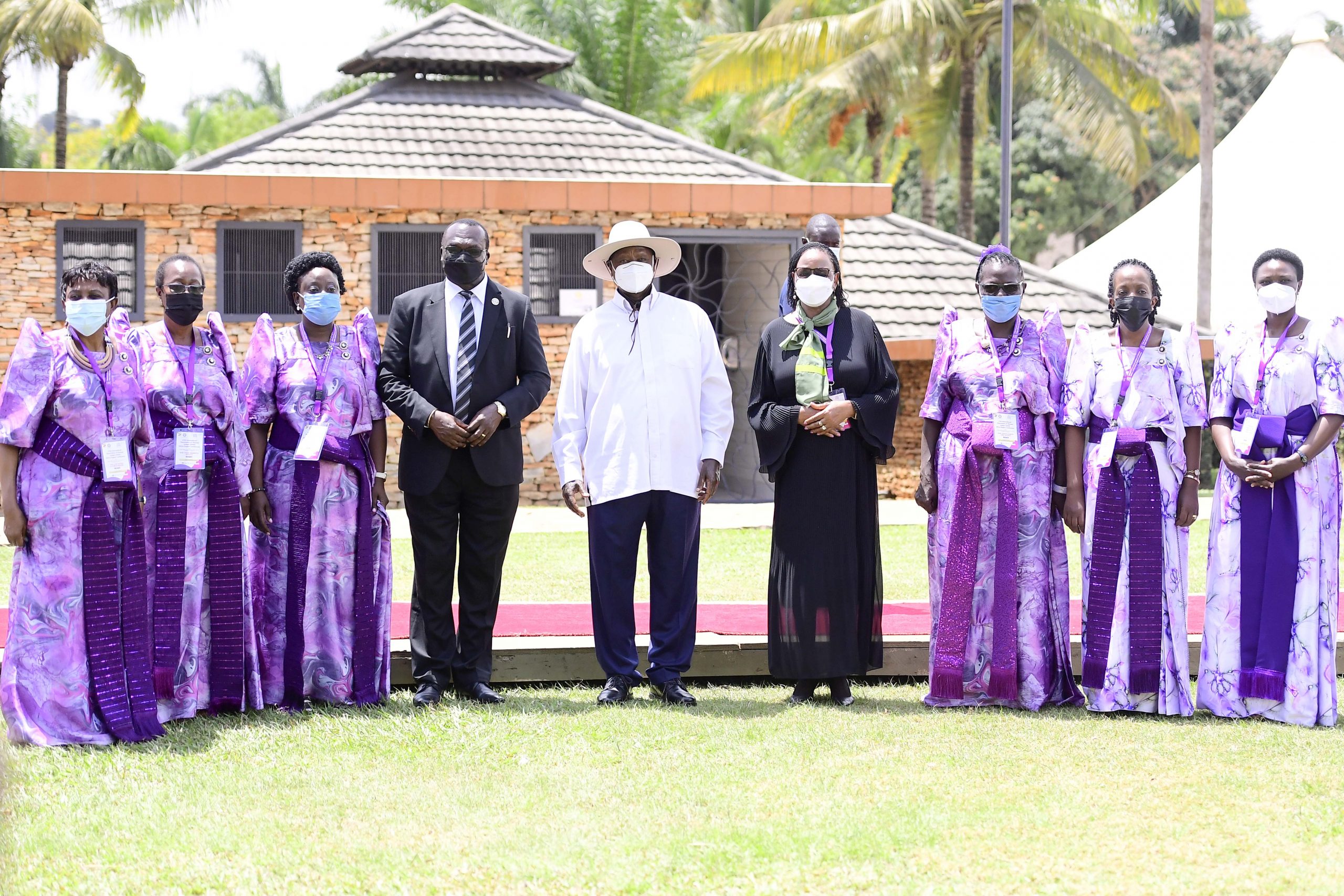 President Yoweri Kaguta Museveni has challenged African lawyers to address the issue of transplanting middle-class values while maintaining a backward pre-capitalist society. He also advised the judges that it is ok to discuss rights but more correct to discuss rights in the context of the foundation of the society.

The President was addressing the 17th International Association of Women Judges Africa Region Conference at the Commonwealth Resort Hotel, Munyonyo on Wednesday 27/10/2022.

He called on African judges to always put the law into context but also placed emphasis on the need to phase out the peasantry and build a middle-class, skilled working class like was done in Europe. The President said that by doing so, it will be much easier to consolidate the gains of the women’s movement.

In his remarks, the president said that many of the values the modern lawyers talk about are middle-class values. “In Europe, those values were not always values, the problems you are talking about, they went through, e.g., Women being marginalised, this is not an African problem, it’s a problem of the human race”, said the President.

The president told the judges that in the last 600 years there has been a social economic transformation in Europe where the society has changed. “Europe has metamorphosed during the time of the French revolution from the three-class society to a four-class society of aristocrats, feudalists, bourgeoisie, (middle class) & the working class, today, Europe doesn’t have peasants, even the feudalists, what you have is a two-class society, middle class and skilled working class” the President retaliated.

Against that background, the President challenged African lawyers and intellectuals to answer the question of how we intend to transplant middle-class values thinking it will stick and yet we are maintaining a backward pre-capitalist society.

The President also informed the judges that the NRM has been pushing for Human rights since their student days in the sixties. “We recruited women in the army for the first time, we also took Affirmative action to help the girl child in education and introduced a special seat for women per district in parliament,” the president said.

On the transformation of society, President Yoweri Museveni urged the women’s movement to fully support the drive for free education so that the path of transformation through education is not interfered with.

“We introduced free education in government schools; however, this hasn’t been managed well, some of the headteachers bring back the costs, and then children drop out of school, I am struggling with the local parasites, headteachers who look at children as a source of money instead of promoting our policy of free education,” the president said. “I challenge the women’s movement to fight these local parasites, he further urged.

The President while concluding his remarks, advised the gathering present that in order for society to ensure the prosperity of people and their human rights and also guarantee strategic security in Africa, we need to produce a good or service and sell it in order to prosper (build the culture). This also means we have to integrate the markets of East Africa and Africa.