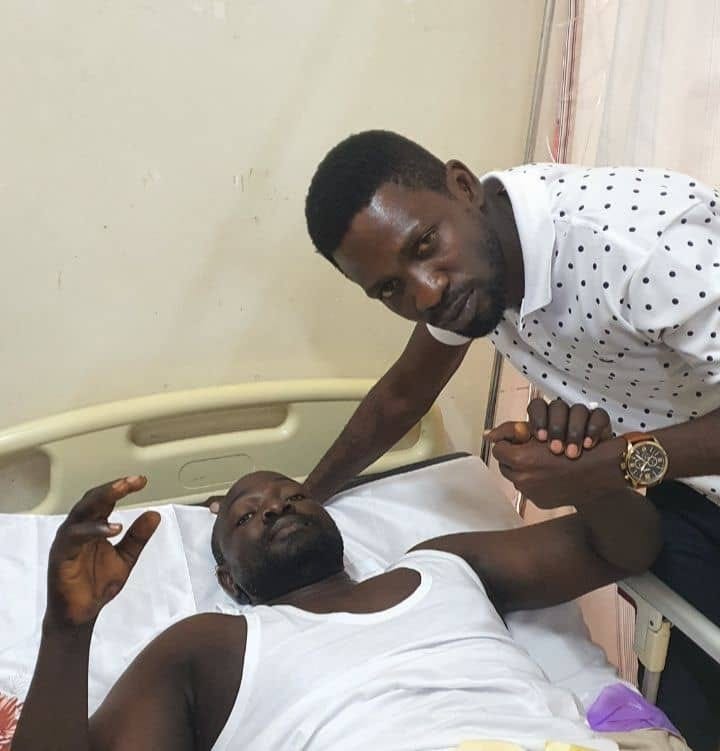 According to his brother Hussein Kyeyune Kyanjo, Jakana breathed his last at around 1:30 am on the way to Orient clinic in Wobulenzi town where he was being rushed for treatment.

Kyanjo says Jakana has been battling complications resulting from a nasty accident he got early this year. He says that the deceased’s body has been transferred to their father’s home at Lusenke zone in Wobulenzi town council ahead for the burial arrangements.

Ali Nadduli also a brother to the deceased described the news as tragic, saying their father is devastated.

Abdul Nadduli has issued a statement informing President Yoweri Museveni, Ministers, National Resistance Party leaders, and the Buganda Kingdom officials among others about the death of his son.

In his statement, Nadduli indicates that Jakana will be buried at 4 pm later today at their ancestral home in Kadunda village in Kapeeka sub-county in Nakaseke district.

Jakana has been battling charges of promoting sectarianism against Banyankole and Banyarwanda contrary to section 41(1) of the penal code act.

He was expected to return to Luwero Magistrate Court on November 16th, 2022 to defend himself for allegedly recording and uploading a video on youtube, which promotes sectarianism.

Jakana was arrested from his home in Makindye, Kampala in September this year and presented at Luwero Magistrate Court four days later.

He was remanded to Prison and released a week later on medical grounds after his defense lawyer told the court that he was battling complications resulting from an accident that he got prior to his arrest.

Jakana contested for the Nakaseke Central Parliamentary seat in the last general election where he emerged third and lost to NUP’s candidate Allan Mayanja Ssebunya.

Jakana had since become a strong critic of the ruling NRM government on social media accusing it of sidelining his father in government.

In a statement on his social media pages, Robert Kyagulanyi the leader of NUP condoled the bereaved family.

“Deepest condolences to his father Hon. Al Hajj Abdul Nadduli, his entire family and all Ugandans who are affected by this tragic news.
inna lillahi wa inallah-e-raji’oon,” said Kyagulanyi.

He added that “it is, therefore, most unfortunate this morning to be informed that he died at his home! He joins very many critical Ugandans who have died under very unclear circumstances.”

The NUP Secretary-General Lewis Rubongoya noted that he had spoken with the deceased over the weekend and they had plans of meeting this week.

“We have woken up to the terrible news of the untimely passing of our brother Jakaana Suleiman Nadduli! The family says he was found dead at his home, a few days after he was released from prison. I spoke to him on phone on Saturday and he sounded fine. We had planned to meet up this week. Terrible, terrible news. Inna lillahi wa inallah-e-raji’oon,” wrote Rubongoya.