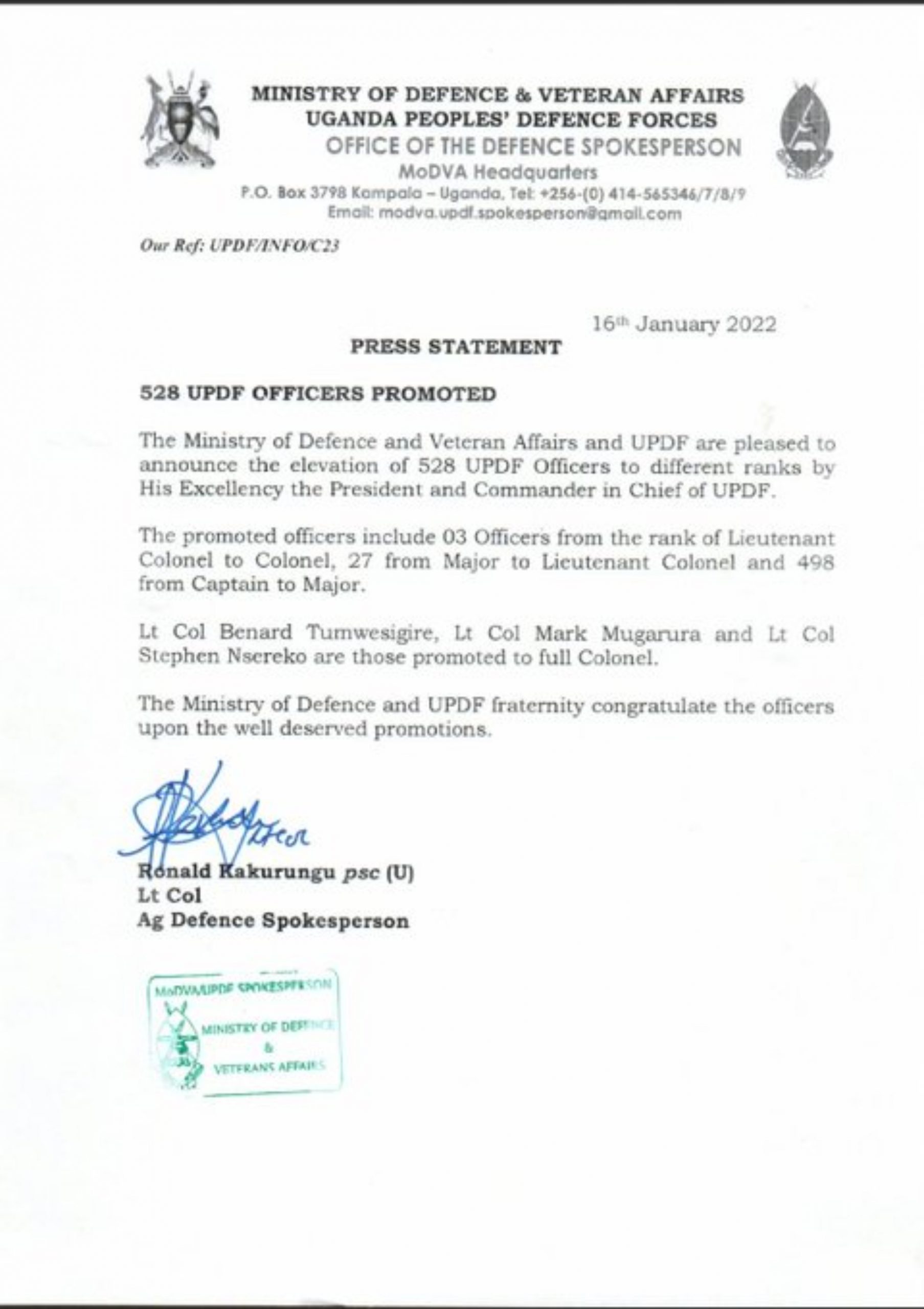 According to a press statement released by Lt Col Ronald Kakurungu the Acting Defence Spokesperson, those promoted include three from the rank of Lieutenant Colonel to full Colonel; 27 of them from Major to Lieutenant Colonel and 498 from Captain to Major.

“The Ministry of Defence and Veteran Affairs and UPDF are pleased to announce the elevation of 528 Officers to different ranks by His Excellence the President and Commander in of the UPDF,” reads part of the press statement.

The Ministry of Defence congratulated all officers that have been promoted.