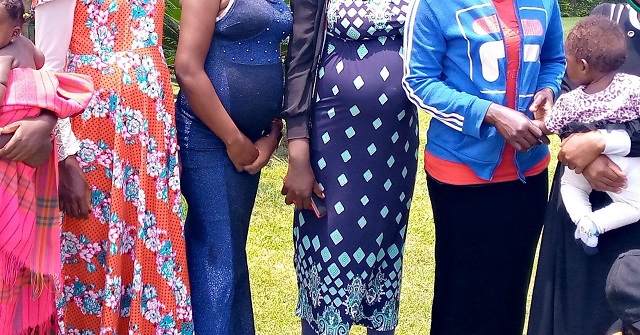 The Inter-Religious Council of Uganda (IRCU) has called for a review in the government policy on admission of pregnant and breastfeeding student mothers in schools that re-opened on Monday after a prolonged lockdown.

In a joint statement read by the Chairperson IRCU Council His Grace Dr. Stephen Samuel Kazimba Mugalu, who is also the Archbishop of the Province of the Church of Uganda; the religious leaders observed that the government rushed its decision before dully engaging the stakeholders on its implementation.

Prior to schools re-opening on Monday, the Ministry of Education and Sports instructed headteachers to allow all students to return to school, including giving a second chance to those who got pregnant or gave birth during the COVID-19 induced lockdown.

According to the statement, although the religious leaders are not completely opposed to the return of pregnant and breastfeeding student mothers to schools, they have reservations about how the policy will appropriately be executed in an environment that has other learners who are yet to embark on a journey to parenthood or sexually abused.

The statement was issued during the IRCU members and Buganda clan leaders retreat conducted in Masaka, on Tuesday, to reflect on the relationship between culture and religion in community transformation.

Archbishop Kazimba said that there is still a need to have broader consultations with school foundation bodies to harmonize positions on how to better support all learners without compromising their values and safety.

He explained that in addition to the many apparent structural challenges in schools, the ministry guidelines are silent on the aspect of access to emergency healthcare and antenatal services to expectant student-mothers, which may become inconveniencing to both the school administrators and learners when the need arises.

The religious leaders also observed that the teachers who are readmitting teenage mothers and those expecting do not have the skills of managing such cases, which points to a lack of readiness and commitment to handling the challenge at hand.

In the meantime, the Inter-Religious Council has resolved to set up a joint response team that will monitor and provide psychosocial support to teenage mothers and fathers, as well as trying to address the other associated aftereffects that include among others stigma.

According to Dr Kazimba, although the interventions are intended to address the immediate challenges of sexual abuse against teenagers, they will also form a basis towards finding a lasting solution to other social problems, by gradually invoking the participation of all stakeholders.