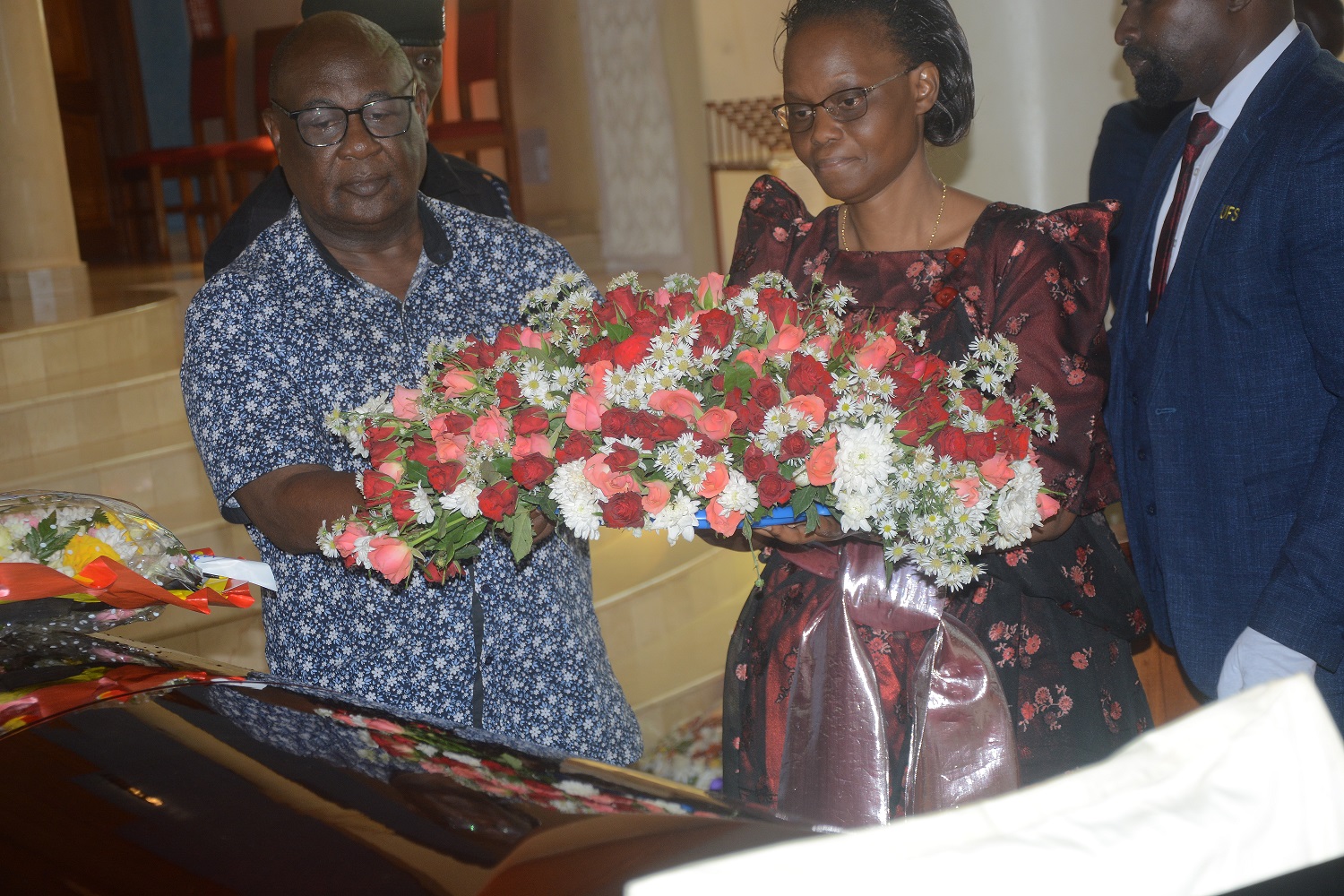 President Yoweri Museveni has commiserated with the family of Hon. Dr Sam Mayanja who lost their daughter in a road accident last week.

Dr Mayanja, the State Minister for Lands lost his daughter Belinda Birungi, 23, over the weekend after being knocked by a trailer while riding on a Boda Boda motorcycle along Stretcher road, Ntinda on Friday evening. She died the next morning from China- Uganda Friendship Hospital, Naguru.
In his eulogy message read by the Minister of Lands, Housing and Urban Development, Hon. Judith Nabakooba during the burial of Birungi at Bukumula LCI, Kikuuta parish in Kalangalo Sub County, Mityana on Monday, President Museveni condoled with the family of the deceased saying that they have lost a promising young woman who died at a time when she is needed most.

“I would like to extend my sincere condolence to the family of Dr Mayanja. You have lost an important and promising person in your family,” he said.
Dr Mayanja told mourners that his daughter’s death came at a time when they least expected it.
“We are in a very trying moment but we believe Belinda is in a very safe place now. It’s God who gives and He is the one who takes. Rest In Eternal Peace my daughter,” the Minister said.
Birungi’s mother, Mrs Rose Mayanja who narrated the late’s last moments to the mourners, believes that her daughter died from internal bleeding since, by the time she was admitted to the hospital, she was conscious and gave out her phone password to doctors to contact her relatives and inform them what had happened to her.
“She just had a few bruises on the face, she was talking very well but unfortunately a few hours later she was pronounced dead. This is really a trying moment for our family,” teary Mrs Mayanja revealed.
Birungi was a graduate of Uganda Christian University (UCU) having received her Bachelor of Arts In Industrial and Fine Art in July this year. She was heading to the United States for her master’s degree in a few months to come.
Rev Fr. John Fisher Kayizzi who led the burial ceremony prayer service, called upon believers to return to God, saying that they should not be overtaken by earthly things since they become useless when they die.
“This earth is not our home. In whatever you do, always plan and prepare for your departure,” Rev. Kayiizi tasked mourners.
The Mityana North Member of Parliament, Hon Kibedi Nsegumire also condoled the family of Dr Mayanja. He said as the people of Mityana, they had lost a well-raised and responsible young citizen.
The burial ceremony was also attended by the State Minister for Public Service, Hon. Grace Mary Mugasa, who represented the cabinet, State Minister for Tourism, Hon. Martin Mugarra Bahinduka, Mubende Woman MP, Hon. Hope Grania Nakazibwe, State House Anti-Corruption Unit head Brig. Henry Isoke, among other officials.