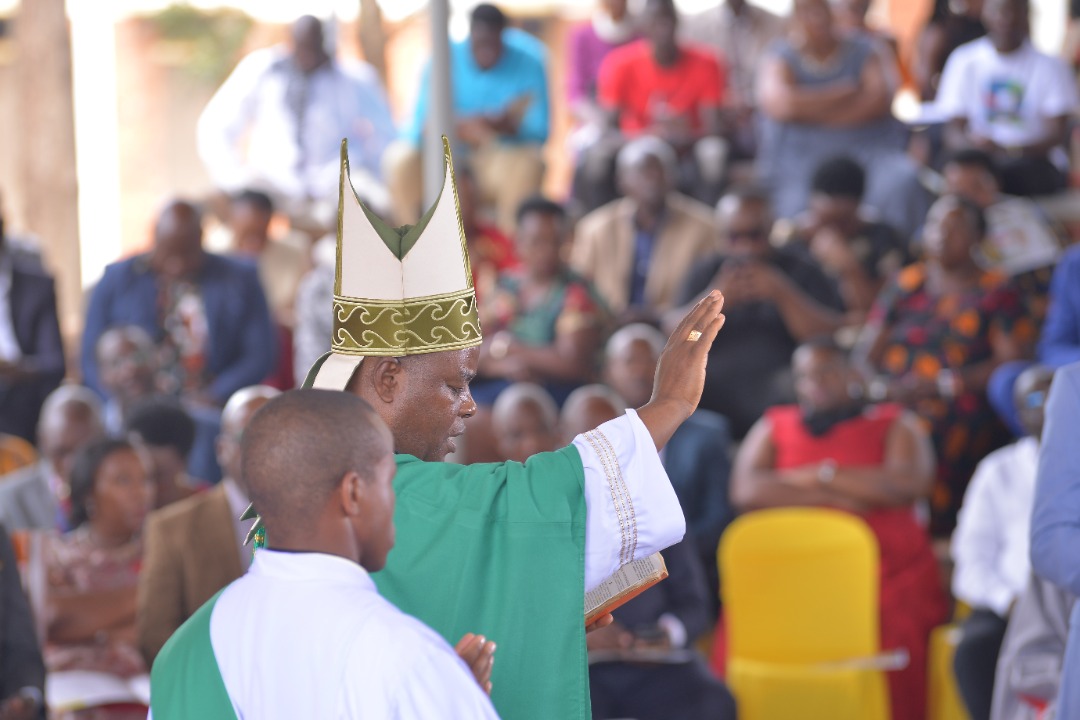 The Archbishop of Mbarara the Most Rev. Lambert Bainomugisha has called upon Christians to seek Jesus and not just wait for him to look for them.

They have been told to cry out to the Lord in prayer to receive His mercy.

“As humans, we can never be self-contained. That is why in today’s Gospel, Zacchaeus was the Commissioner General Revenue Authority in our context and he was rich, yet his height humbled him to the extent of climbing a tree to see Jesus,” said Archbishop Lambert.

He added that if Christians were to pay attention to the people the Lord has touched, healed and uplifted, they would realise that most of the miracles happened as he was passing by. He reminded all that Jesus passes by all the time.

“It’s upon us to cry out, each one of us in our own way. Otherwise, He will pass us by without notice. Zacchaeus longed to see Jesus and decided to climb the tree and Jesus noticed him. Sometimes we need to devise our own means to reach the Lord. In so doing, Christ as he passes by looks at us and initiates an encounter with us. Jesus called Zacchaeus to come down the tree and even promised to go to his home,” He added.

The Archbishop noted that Jesus does not look at our sins but focuses on our hearts and that is why He agreed to go and have a meal at a tax collector’s home, despite other people’s reservations.

“Most times we like to separate people and say, these ones here are rich and those over there are poor. What team are you in? I am in neither team, but, we are all poor in our own ways. The richest person may as well be the poorest person. You may be rich in the pocket but poor otherwise, like Zacchaeus. He teaches us that Nobody is too rich to receive. If you think you are too rich to receive, that is already poverty. But also, there is a woman in the Gospel of Mark who teaches us that nobody is too poor to give,” Archbishop Lambert explained.

“Allow me to appreciate the Old Boys of Kitabi Seminary, under their umbrella association, KISOBA. It is clear as seen from the quality and quantity of people who are serving this nation both as clergy and civil obligations. It is evident that Kitabi seminary has and continues to make tremendous contributions to this country in many ways. We thank you Kitabi Seminary,” in a message that was delivered by the Minister of Local Government, Hon. Raphael Magezi.

The Prime Minister, represented by Hon Raphael Magyezi the Minister for Local Government contributed Shillings 10 million towards the AMDA Rubaga Project-the construction of a multipurpose hall, and a clergy residence block which also houses the Archbishop’s suite. Hon. Magyezi and his family also contributed Shillings 5 million to the same project.

Kitabi Seminary OBs through their association KISOBA who animated the October AMDA Mass contributed in total Shillings 55 million towards the completion of the Archbishop’s which is part of the AMDA Rubaga project.

Five children were also baptized during the same Mass.

Continue Reading
You may also like...
Related Topics:Featured, The Most Rev. Lambert Bainomugisha