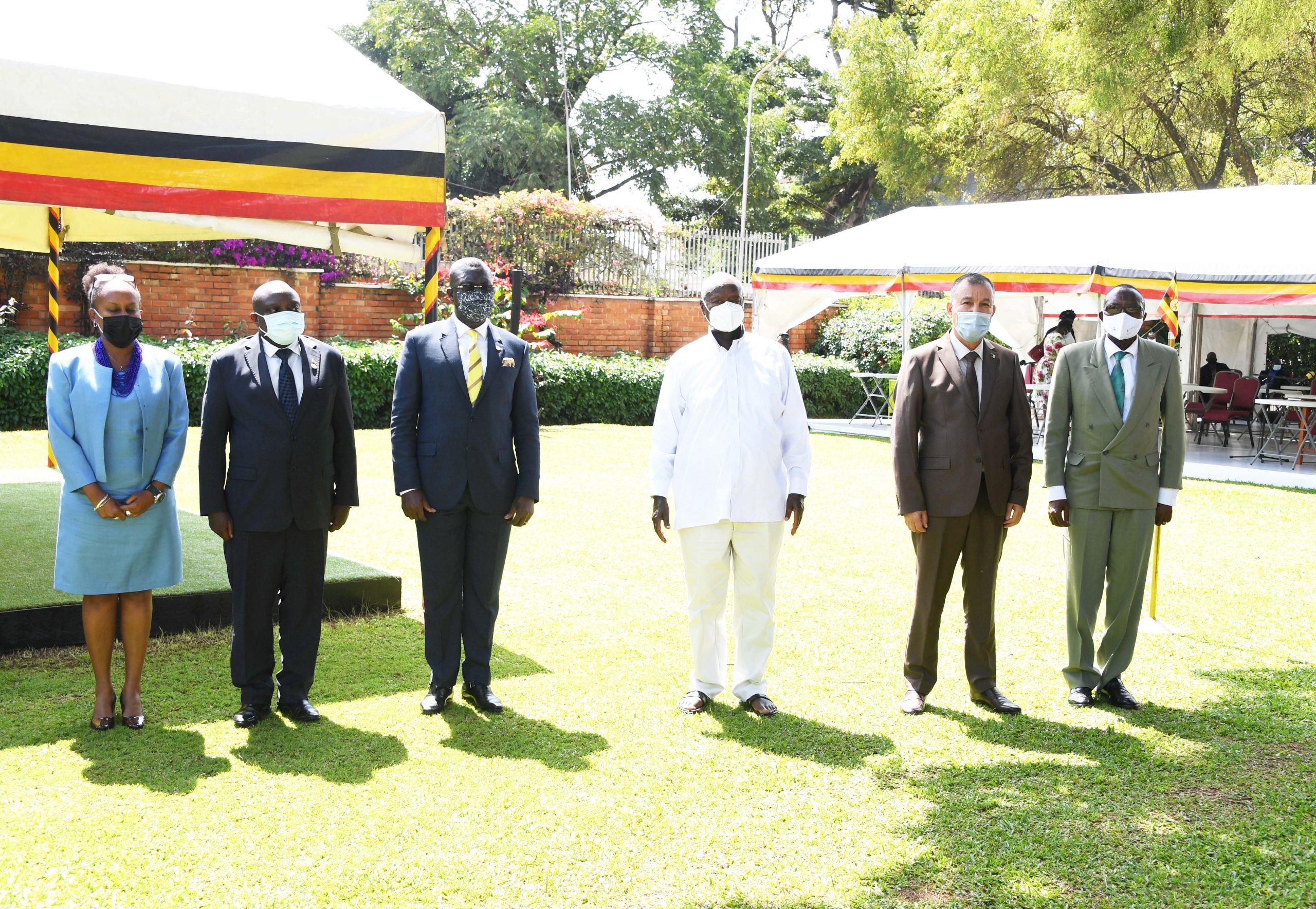 President Yoweri Museveni has today received and held discussions with the Ambassador of the People’s Democratic Republic of Algeria, H.E Chirif Qualid at Statehouse, Nakasero.

During the meeting, the President and the Algerian Ambassador discussed areas of mutual cooperation between the two brotherly countries focusing on trade and agriculture.

The President and the Ambassador also agreed to speed up the legal frameworks to fast-track the already existing cooperation between Uganda and Algeria. He further directed that the joint ministerial council should make plans to meet in Algeria and sign all necessary documents

The meeting was attended by the Minister of State for Foreign Affairs, Hon. John Mulimba among other senior officials.