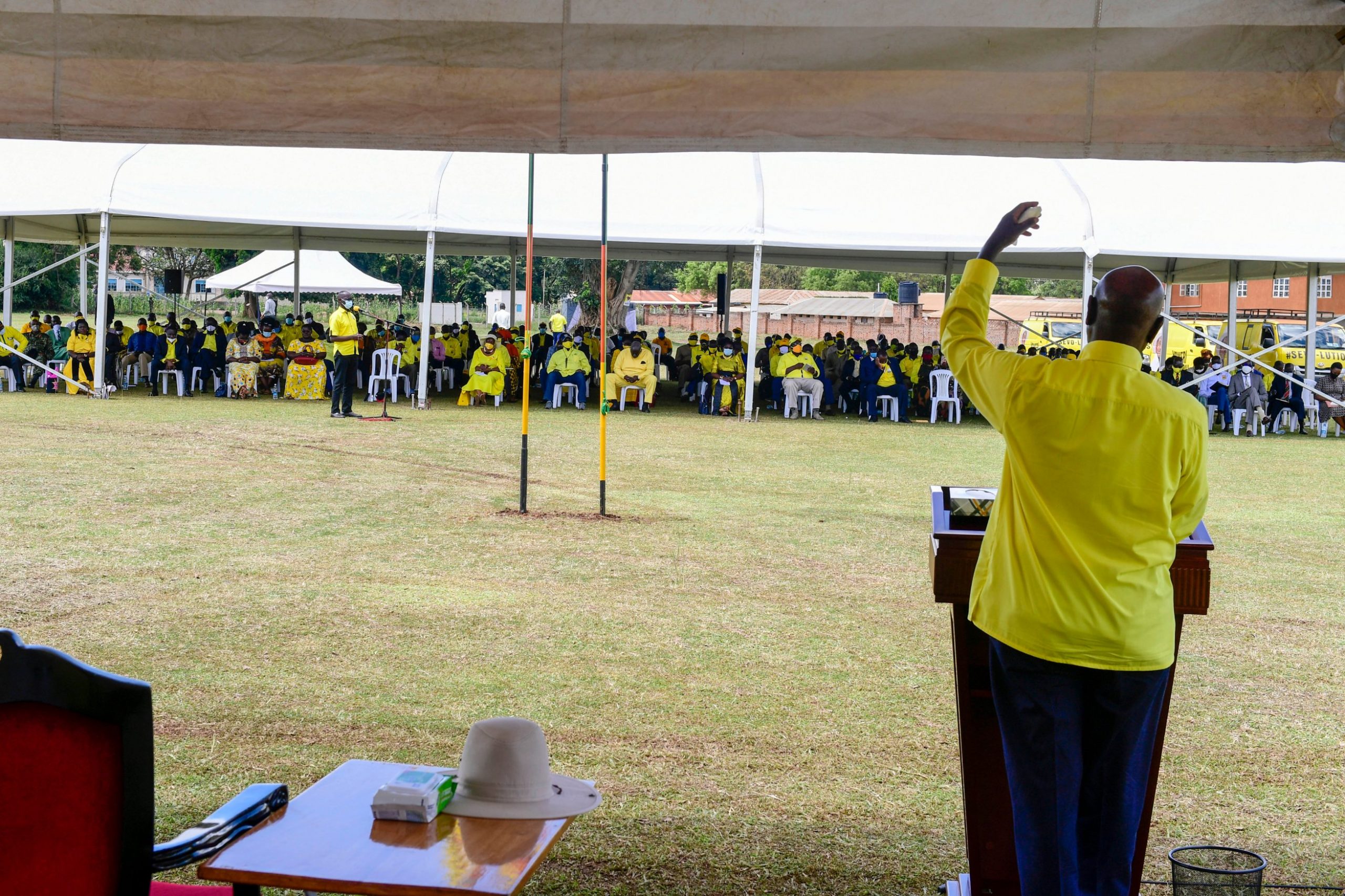 The President who started his campaigns on Monday in Luweero district is only meeting a few leaders in each district, who will in turn meet supporters later.

Today, Museveni was at Lira Golf Course where he met leaders from Lango sub region. It was during today’s campaign that the party candidate urged all his supporters to remain in their homes and avoid crowds that could put them at risk of contracting the COVID-19 virus.

“Pitching our campaign agenda to the leaders of Lira District. I will also meet the youth later. To the rest of our NRM supporters, we are running a purely scientific campaign because of this terrible pandemic. I implore you to stay safe, our different leaders will engage you” Museveni said.

Tomorrow, Museveni takes the campaign to Lango sub region. Despite the president’s call for supporters to stay home, many people showed up on the streets in Lira to welcome him. Other candidates like Kyagulanyi Ssentamu of NUP and FDC’s Patrick Amuriat have held processions with hundreds of