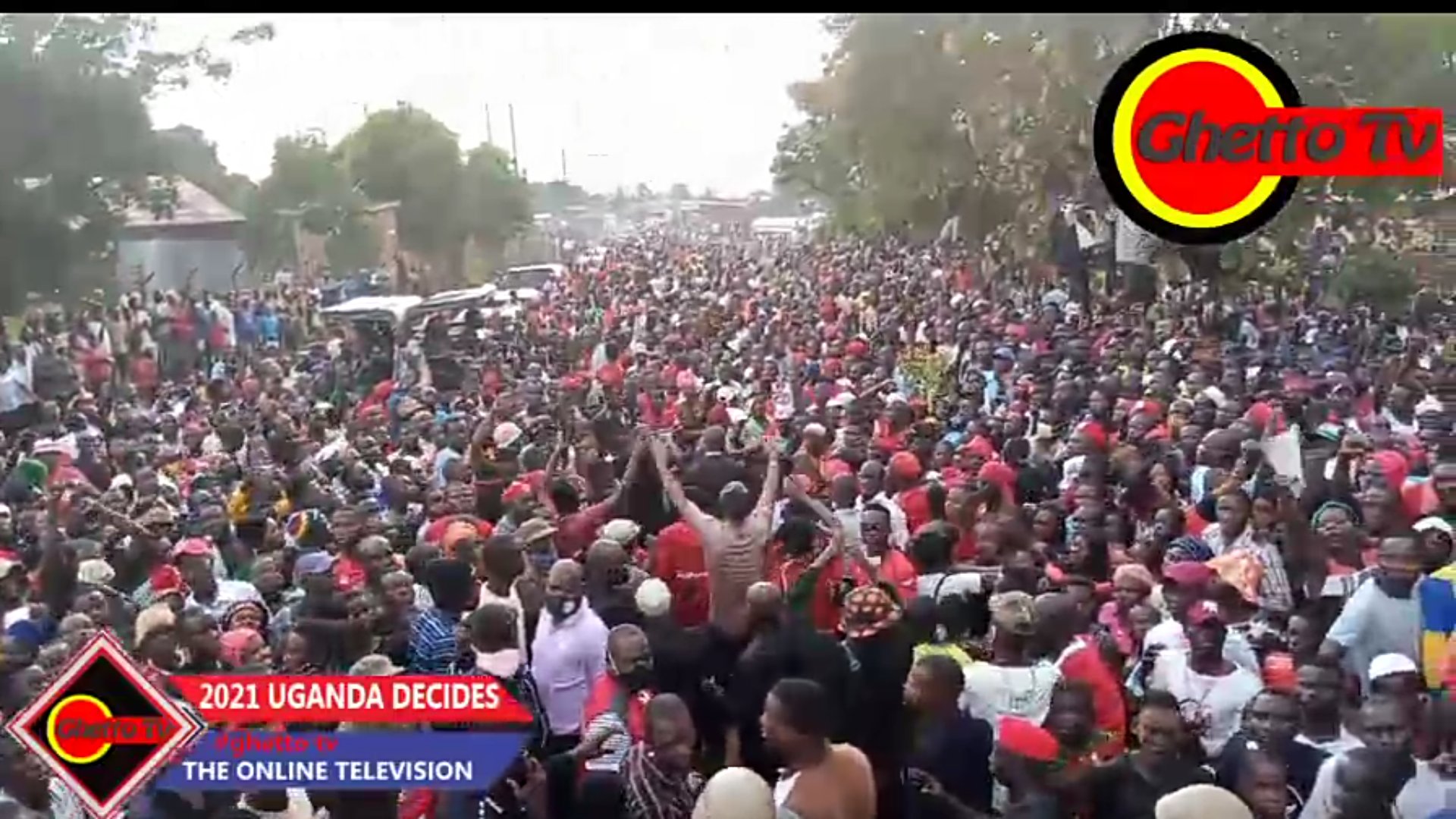 Supporters and leaders of the National Unity Platform have Tuesday braved a heavy downpour to attend the Party Presidential candidate’s first campaign rallies in West Nile.

Rain poured after Kyagulanyi had entered Arua this afternoon for his second rally of the day, following the first one in Pakwach.

The soaking wet presidential candidate posted on his facebook page that; “Not even a heavy downpour can stop a people determined!”

Thousands of people ignored the COVID-19 SOPs like wearing masks and social distance to show up by the roadside to welcome Kyagulanyi. They also ignored EC and security guidelines that banned processions and mass rallies.

Asked why he did not seek shelter during the rain, the candidate said his campaign does not run from responsibility and a calling from almighty God.

“Everything rises and falls from leadership, when you run away your people run away, when you stand, they also stand” Kyagulanyi added.

He dedicated the Arua campaign to his late driver Yasin Kawuma who was shot dead during the August 13th 2018 clash in the same town. He promised that they would never stop fighting.

During his rally in Pakwach earlier, Kyagulanyi said he wants Ugandans to believe in their ability to change their country.