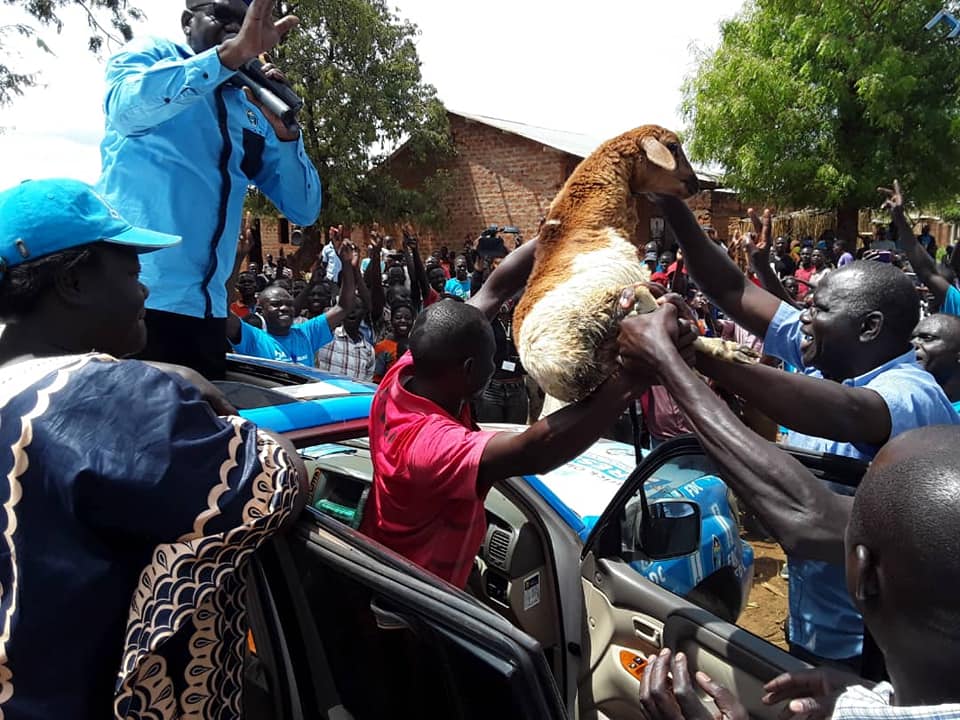 The Forum for Democratic Change, FDC party Presidential candidate Patrick Amuriat Oboi has arrived in the district of Katakwi where he has taken the campaign to grass root level, visiting village after another.

Amuriat’s campaign team says their candidate is not leaving out any Village.

Earlier today at Apapayi Village, Kapujan Sub-county Katakwi district, Amuriat was handed gifts including a sheep by the villagers who were excited to see him move door to door.

He was also carried on a locally made donkey carriage like Jesus in Jerusalem, as sign to welcome him.

“With love from his fellow villagers, the barefoot POA is receiving enormous gifts ranging from Cows, Goats, Sheep, Chicken, money among other things to keep him moving. The barefoot revolution is on. One Uganda One People” his campaign says.

On their way to Amuria district, the team had a meet and greet stop over at Wera Town council in Amuria District.

President Museveni insists on running scientific campaign
Day 4 of Presidential campaigns, where is your candidate?
Advertisement