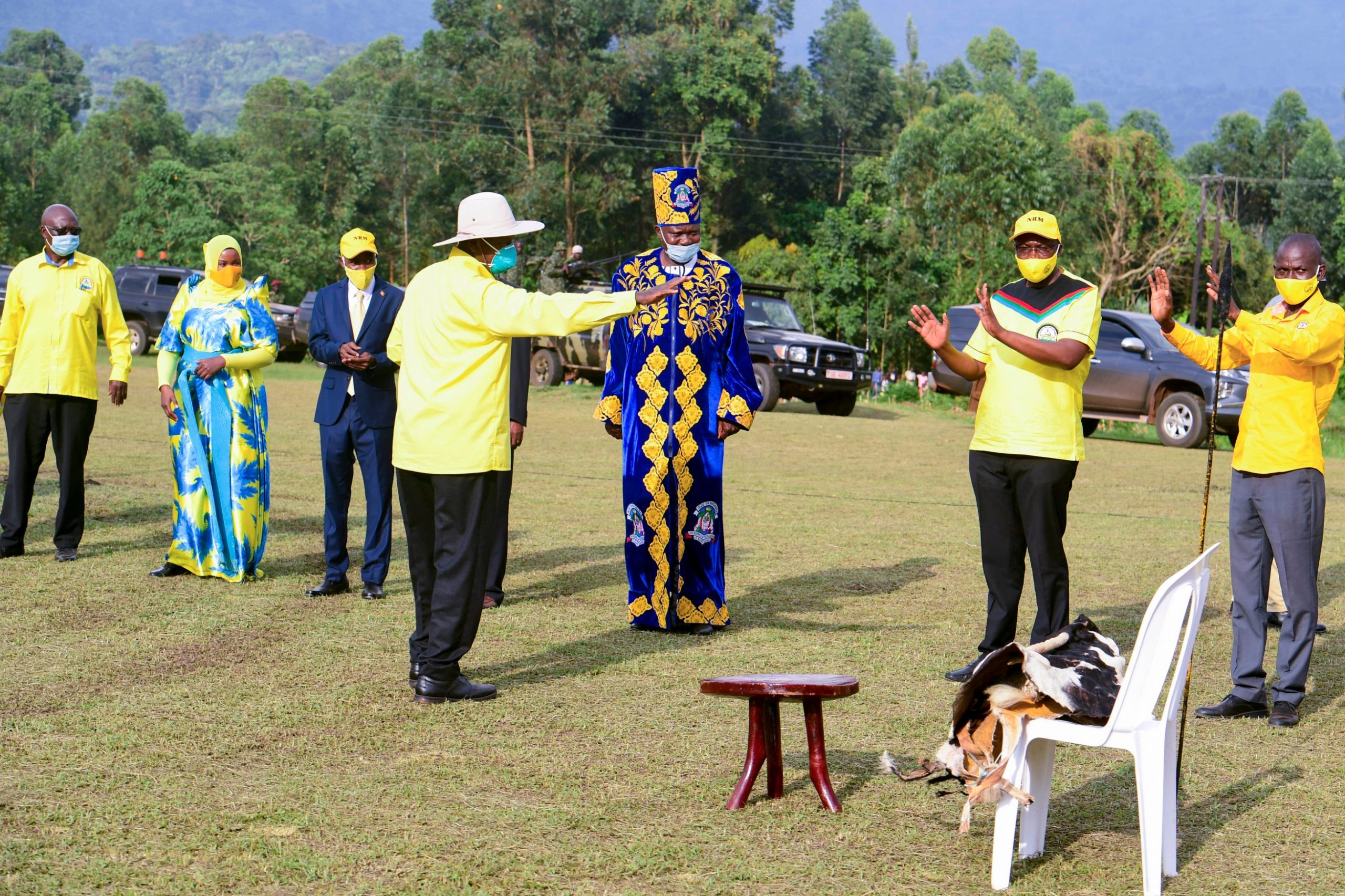 The president was in the region since Monday and has been meeting leaders from the Bugisu sub region as part of his campaign while also carrying out other presidential duties.

During the meeting on Thursday, Museveni tasked NRM leaders to mobilize people, especially the youth, to take advantage of employment opportunities emerging from various developments like the Mbale Industrial Park which when fully operational, will create over 15,000 jobs.

He added that it is important that Ugandans appreciate all this is possible because of the peace and stability guaranteed by the NRM government.

“At one time, Uganda had the 4th highest number of refugees across the world. Today, we are the second highest refugee-hosting country in the world” the President noted.

Museveni thanked the people of Bugisu for the warm reception, arguing that he saw many of the NRM supporters in Sironko but urged them to observe SoPs in relation to Covid-19.

Currently, Museveni seems to be the only presidential candidate adhering to the Covid-19 SOPs and EC guidelines that allow campaigns meetings of only 200 people.

Today, Mr. Museveni takes his campaign to Kapchorwa where he will meet selected NRM leaders and do a radio/TV address this evening in Sabiny language.