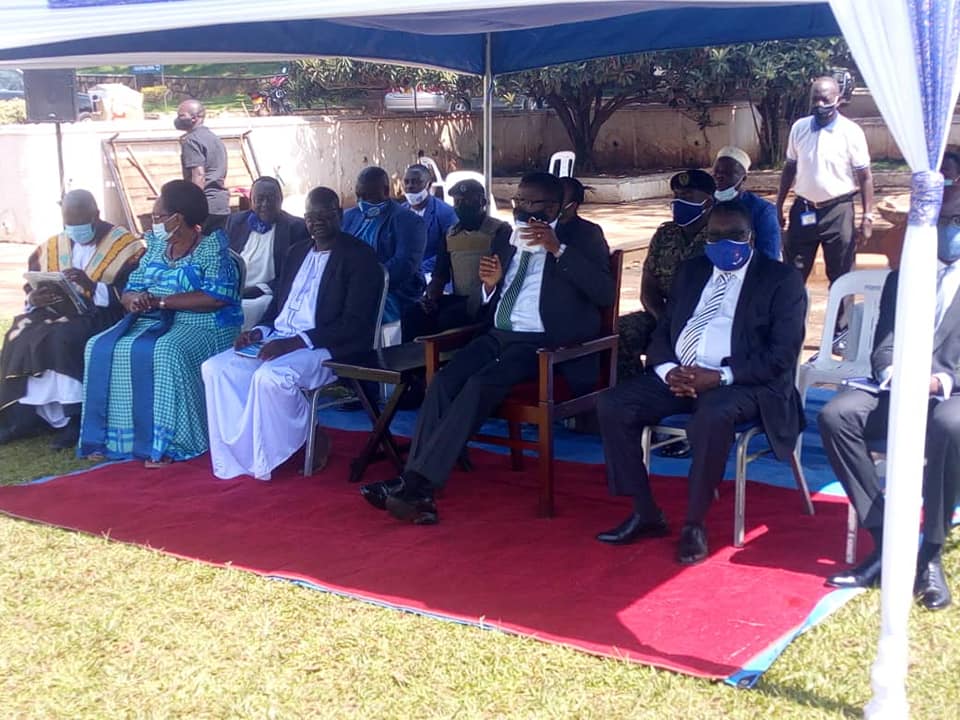 The Katikiro of the Kingdom Owek. Charles Peter Mayiga welcomed POA and the delegation and in his address thanked the FDC delegation for prioritizing Federal System of Government in the FDC manifesto and implored the FDC once it ascends to power to uphold the key 5 tenets of the kingdom.

These are; Protecting the Institution of the Kingdom, Federalism, Securing the kingdom properties and boundaries, Foster for social – economic development of the people of Buganda and Fostering unity.

Amuriat in his address, assured the Kingdom of total support to Mengo’s objectives.

They exchanged gifts with the Katikiro handing over a certificate worth UGX 2 million and Kabaka birthday run kits worth UGX 4 million to Amuriat and thanked him for the good gesture of supporting the Kingdom.

On the other hand, Amuriat gave a copy of the FDC manifesto to the Katikiro.