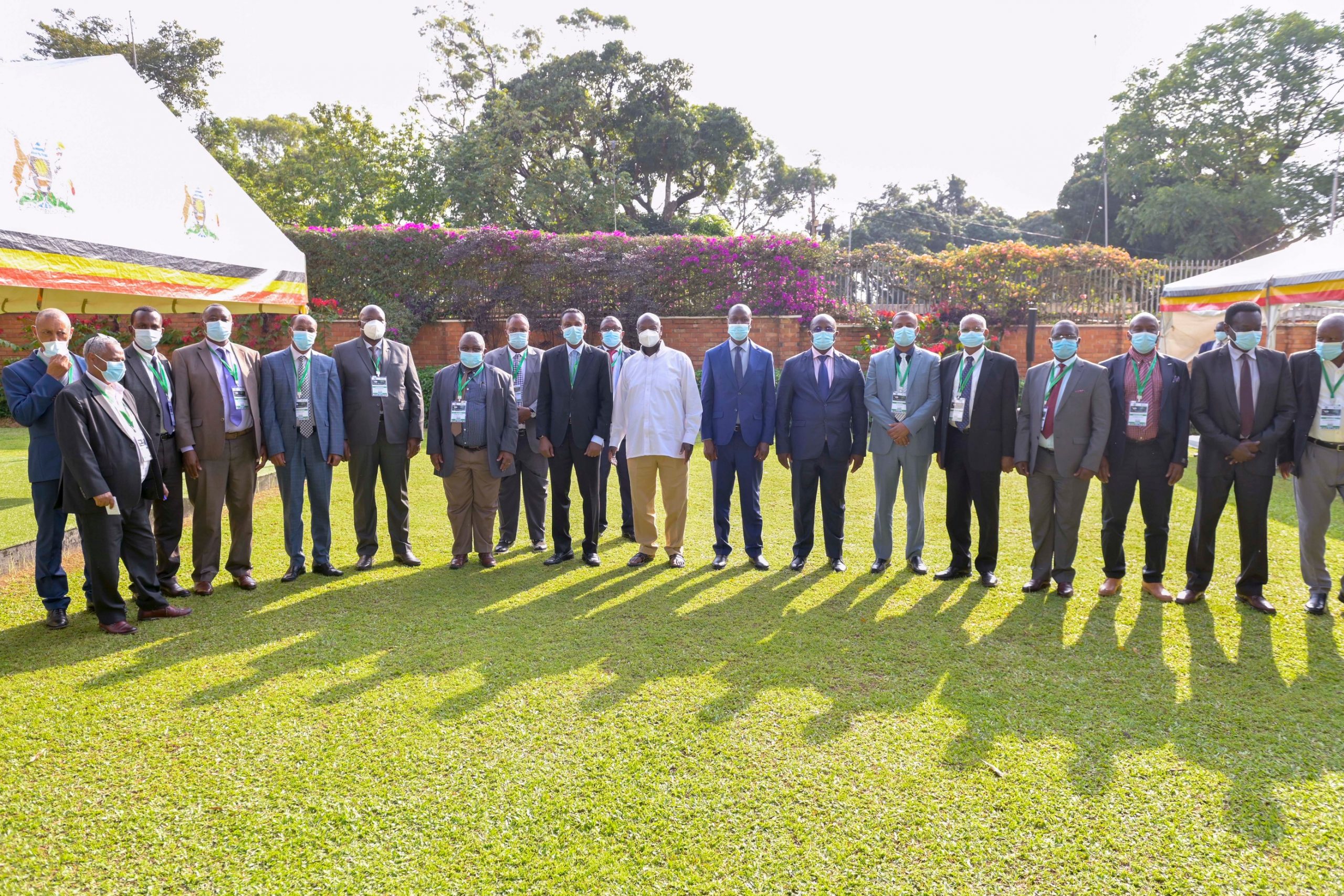 President Yoweri Kaguta Museveni has expressed the need to retool the Desert Locust Control Organization for Eastern Africa with new technologies to effectively get rid of Desert locust swarms that pose a severe threat to agriculture-based livelihoods in East Africa.

While speaking to the Council of Ministers of the Desert Locust Control Organization for Eastern Africa (DLCO – EA) who called on him at State Lodge Nakasero, the President noted that when locusts invaded Uganda and caused havoc to residents of Otuke in Northern Uganda and Karamoja in 2020, the helicopter provided to fight locusts almost failed because it could not fly at night, the best time to spray the locusts when they are unable to fly. Gen Museveni said they had to involve the army, Uganda People’s Defense Forces (UPDF).

“I totally agree that you should reform, especially technologically. That little aircraft of yours, don’t fly at night and also very early and in bad weather and by the time it starts flying at 10 am, the locusts are already flying,” H.E Museveni said, adding that the army was effective because it started killing them at night when they can’t move.

“So, we should have a stronger Aircraft, maybe with night vision, able to spray at night so that we finish the problem quickly because all the night hours were wasted,” the President further noted.

According to the President, the management of Desert Locusts should become a responsibility of the Intergovernmental Authority on Development (IGAD) in Eastern Africa in what he termed as IGAD+ to include Tanzania which is not a member, instead of creating another organization.

“Because IGAD is dealing with drought and so on. You can think about the concept of IGAD Plus. They (Tanzania) may not be members of IGAD but for the purpose of locusts, we can mention it to Her Excellency Samia Suluhu Hassan. I will propose it to them,” he added.

The group was led by Hon. Fred B. Kyakulaga, the Minister of State for Agriculture is also the first Vice Chairman, of Desert Locusts Control-East Africa Council of Ministers who are in Uganda for their 67th Session and also to celebrate their 60th Anniversary.

Minister Kyakulaga thanked President Museveni “for allowing the UPDF to participate in the desert locust control operations in 2020, a best practice that is being emulated by other member countries now,” he said.

He also informed the President of the financial challenges affecting the organization partly due to the failure for member states to fulfil their contributions which currently total 2.1 million US Dollars. He said of this amount, Tanzania contributes 20%, Ethiopia 19%, Kenya 19%, Sudan 18%, Uganda 6%, South Sudan 6%, Eritrea 6% while Djibouti also contributes 6%. Somalia also contributes 6%.

Minister Kyakulaga requested through His Excellency President Museveni that the outstanding arrears by member states be prioritized and cleared once and for all and going forward, a mechanism be put in place to protect the contribution of member states to the organization in the member states’ national budgets so that arrears don’t accumulate again.

On his part, President Museveni said Uganda will pay all its arrears.

The DLCO-EA which is a United Nations (UN) registered Organisation established by an international convention signed by all member countries in 1962 supports member countries in the prevention and control of migratory pests (locusts, armyworms, tsetse flies, and quelea birds), and any emerging pests that threaten food security in the member countries.