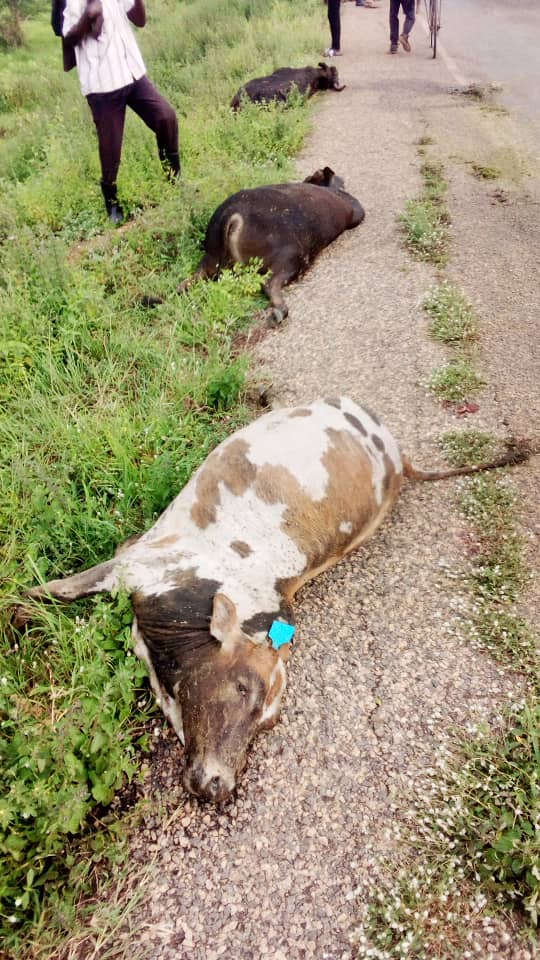 The Police of Ngora district are searching for the owners of 12 heads of cattle which were knocked dead by a bus this morning.

According to Asp Ageca Oscar Gregg the PRO East Kyoga, it is alleged that at about 03:00 am this morning at Atiira- Kapir along Mbale- Soroti Road the animals were lying along the road, when the driver, who was going above the legal speed limit crashed into them.

“We have visited the scene led by the regional traffic officer East Kyoga regional command, pending towing of the bus to Soroti for inspection by the inspector of Vehicles, as the matter is fully investigated,” says Ageca.

He advised members of the public not to let their animals stray onto highways, public access roads and routes demarcated as such by law, as this negligence may cause accidents.

Ageca adds that this carries penal sanctions against owners of these animals who shall be arrested and arraigned in the courts of law.