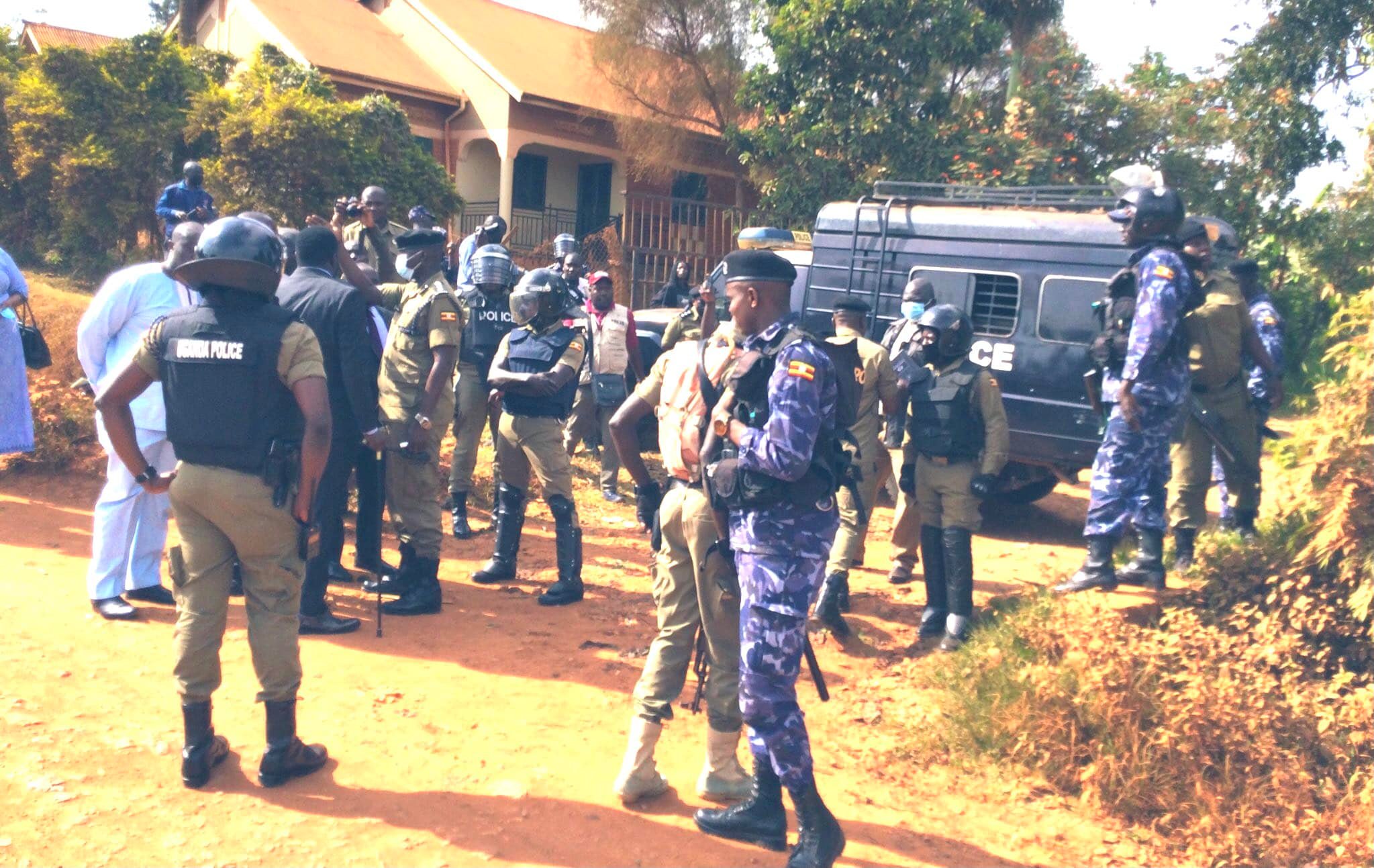 The police in Kasangati have today morning foiled a rally that was being held by Col Dr Kiiza Besigye in the middle of the road.

Luke Owoyesigyire the PRO KMP says the officers who had been deployed outside Besigye’s home under a preventive arrangement vacated the home on 17th May 2022.

This was after the intervention of human rights groups, and the police being sure he was not going to hold what they termed as unlawful processions that may affect other members of the public.

“Surprisingly, today the 19th, May 2022, under a premeditated arrangement, the Doctor drove out of his home in motor vehicle UAN 661V in a manner that is intended to provoke security and in defiance of the Public order management Act,” says Owoyesigyire.

The former FDC President held a rally in the middle of the road, blocking oncoming traffic.

To safeguard against breach of peace for other members of the public, Owoyesigyire says the police at Kasangati have restrained and taken him back to his home.

He says police shall continuously monitor his movements.

On Thursday last week, 8 Police patrol vehicles were stationed at and around Besigye’s home in Kasangati, with two of them + 1 sedan car being in front of the gate.

“Many police officers are deployed all around the home. No visitors or media have been allowed in since. Meantime, crimes escalate all around Uganda unattended to! This is all to stop us from making a wake-up and rallying call to Ugandans to demand changes needed for our survival.No turning back!” Besigye posted on his social media handles.

He is protesting the rise in the prices of essential commodities that have left many Ugandans in misery. It remains unclear for how long, the police will monitor his movements.

By press time, the police were yet to tow his vehicle.

Continue Reading
You may also like...
Related Topics:Featured, Kiiza Besigye