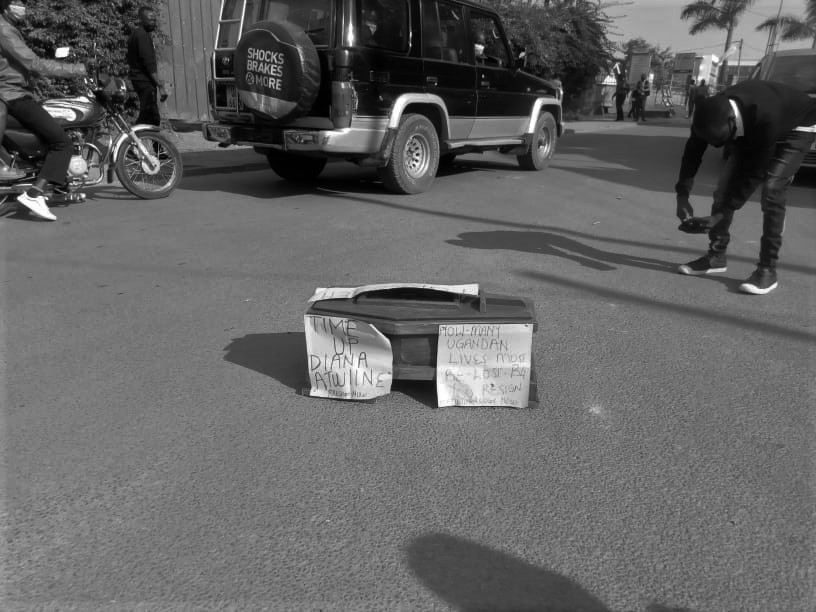 Police at Wandegeya are hunting for people who, while riding on a motorcycle dropped a casket around Makerere.

The words were demanding Dr. Atwine’s resignation. Owoyesigyire says they know these suspects and they will be arrested.

The police have cautioned a group of people who attempted to hold a procession from Kasokoso to Kireka.

Owoyesigyire says that when police arrived at the scene, some of the protesters took off with their placards, while those who remained were cautioned and let go.

Makindye notorious Gang leader arrested, police hunt for his accomplices
Police yet to hand over 14 minors rescued from trafficker
Advertisement