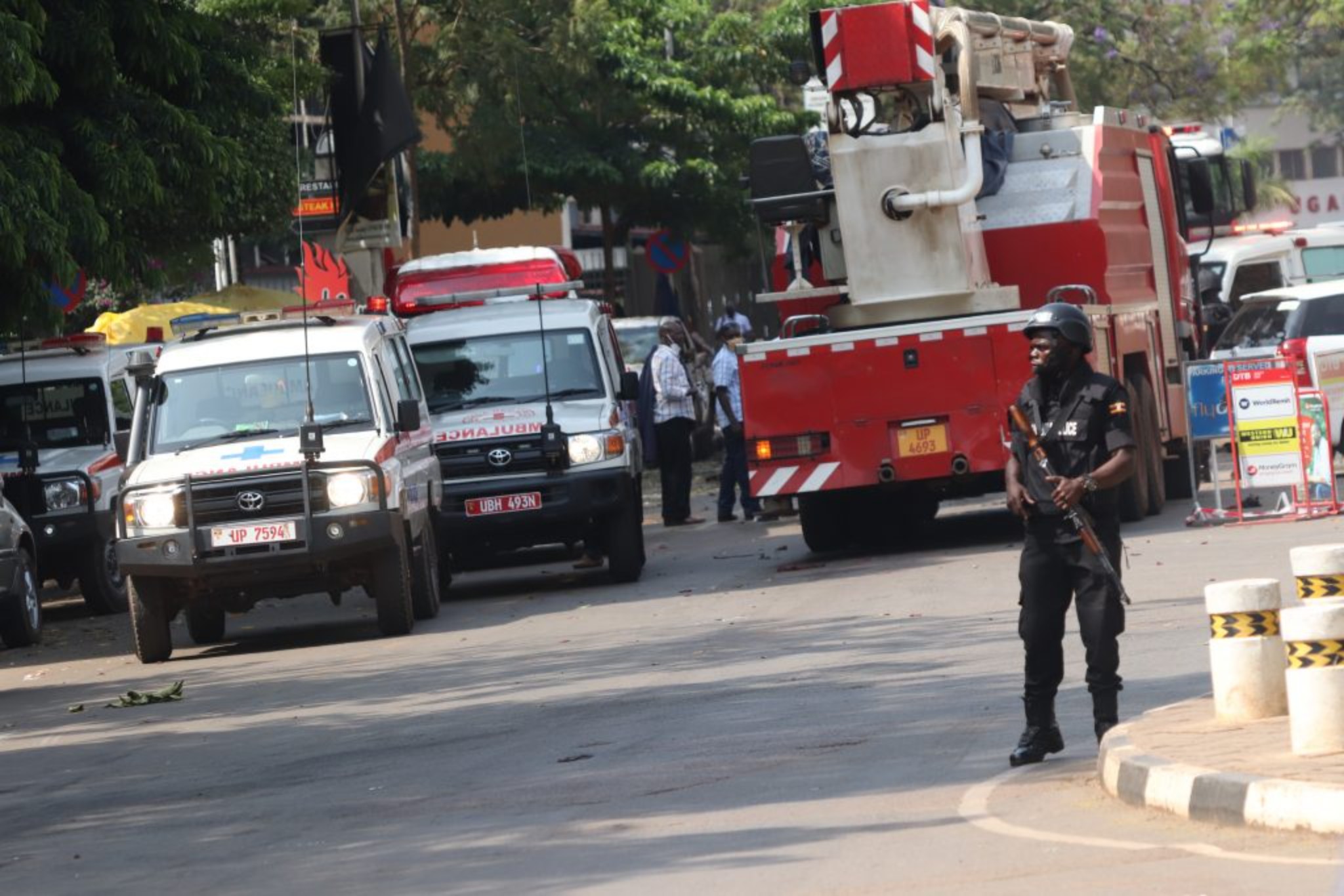 Uganda police force has identified the three Ugandans who died in the Tuesday twin bombings in Kampala.

CP Fred Enanga the police spokesperson identifies the 3 Ugandans as; PC Kungu Amos, a police officer attached to CPS, Basibe Ismail, who also died from the spot at CPS, and Christopher Sande, who died on the spot, from the bomb attack along Parliamentary Avenue.

“May their souls rest in eternal peace. We want to assure the families of the deceased that we shall ensure the perpetrators behind the terror acts are brought to book, in pursuit of justice for their loved ones” Enanga said.

Police have also identified the relatives of the 37 injured persons out of whom 27 were police officers and 10 civilians. So far, 19 police officers and 05 civilians have been discharged. And only 13 victims remain admitted but progressing well. Arrangements are being made to support the victims and the families of the deceased persons.

According to Enanga, they are transferring all damaged vehicles from the two sites to the IOV in Naguru, and thereafter will open the road at Parliamentary Avenue, for business to continue, along that section.  All other roads have been opened as well and the only restricted section is the stretch from CPS to Buganda road court.

Enanga further says that the Joint Counter Terror task teams have completed documenting evidence from the inner perimeters at the two blast sites, evidence from the motorcycles used, and body samples for DNA. They also obtained very critical cyber leads and other digital evidence.

Enanga says that all Ugandans should know that the terrorist threats are real, and from a known enemy, the ADF.

“We believe they could be having a wider ideological motive of violence towards our citizens and country, but we are determined to track them all down and hold their agents, operatives, and collaborators, accountable for the senseless terrorist attacks. We want to thank all the first responders, the Territorial Police in KMP, the Joint Intelligence and Counter-Terrorism Team of experts, the Forensic experts, the UPDF, CID, Red cross for their dedication and collaborative efforts while responding to evacuate victims and save lives.”