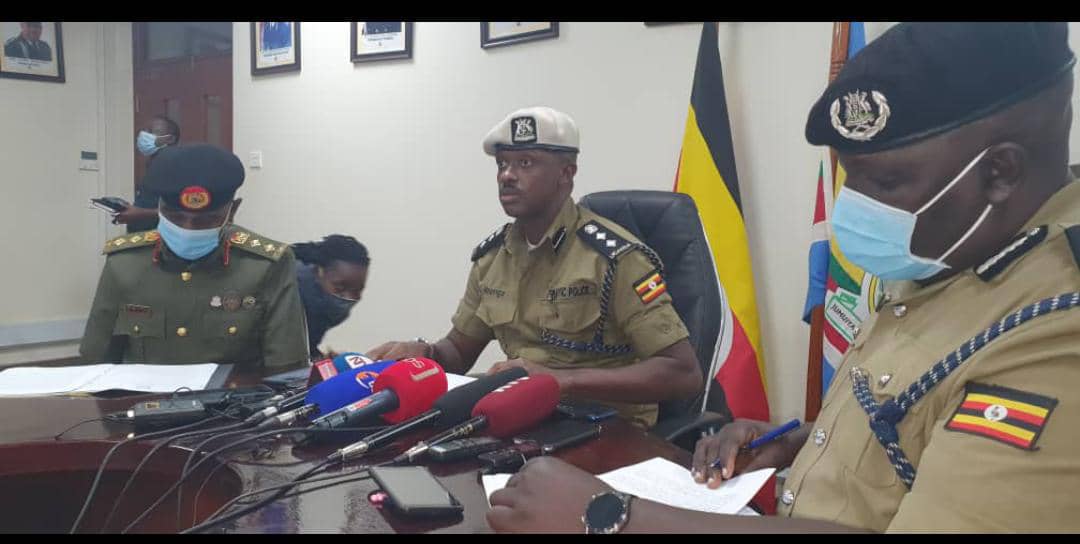 Uganda Police Force Traffic department has released routes that will be closed from members of the public on Wednesday 12th May 2021, the day H.E. Yoweri Kaguta Museveni Tibuhaburwa the President-elect will be sworn in.

Traffic guidelines have been put in place, to ensure smooth traffic flow.

Kampala – Jinja Highway will have normal traffic flow while Kololo Ceremonial grounds will have restricted access. Only invited guests with STICKERS will have access to their designated parking areas. VIPS with STICKERS will use John Babiha (Acacia Avenue) to access the venue via Elgon Terrace and will be dropped off at the Heroes Corner gate.

Members of Parliament Elect will access the venue through Wampewo Avenue using buses from Parliamentary Parking; they will be dropped off at Lower Kololo Terrace/ Wampewo Avenue Junction.  The buses will then proceed to the parking at UMI via Kings African Riffle Road.

Invited guests with STICKERS will access the venue through Lugogo by-pass and will proceed to City High School for parking via Upper Kati – Kati Traffic Lights – Impala Avenue – Roscoe Rd.

Vehicles belonging to Service Providers with STICKERS will access the venue through Wampewo Avenue and park at the Eastern corner of the Grounds.

MOTOR CYCLES will not be allowed beyond any of the cut off points.

Parking along the road or in any undesignated parking area in the areas of Kololo Ceremonial Grounds is prohibited. Motor vehicles parked or abandoned by the road side will be towed away to Jinja Road Police Station at the owner’s cost and inconvenience.

Musinga noted that enforcement of these traffic guidelines will be in accordance with the Traffic and Road Safety Act 1998.