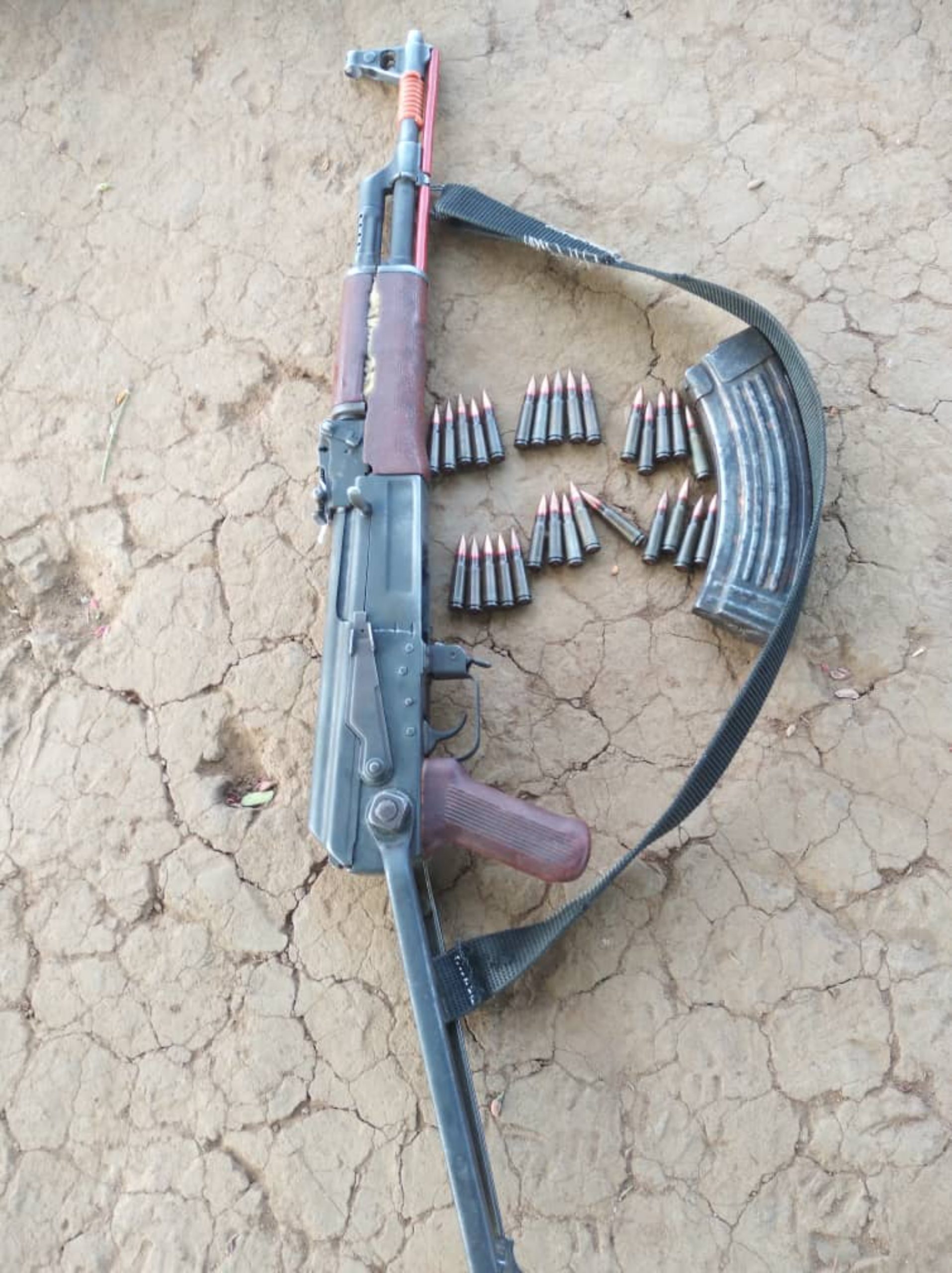 Officers at Kibaale police station are investigating circumstances under which unknown thugs stole an SMG RIFFLE POL 56-131005974- 11674 from a police officer.

The case was reported to Kibaale police station today 16/12/2022 at about 0400hrs by No1646 Spc Ndimukaga Kibeni, 52 years old attached to Kitutu police post-Kitutu parish Karama sub-county in Kibaale district.

According to SPC Ndimukaga, he allegedly left the gun with 30 rounds of ammunition in his room where he stays in Kitutu trading while going to eat supper at around 2200/C.

The officer says that he locked the house with a padlock but on coming back, he found that unknown thugs had drilled a hole in the wall and stolen the gun with all the 30 rounds of ammunition.

The DPC, D/CID/O, D/CI/O and their teams visited the scene of the crime and introduced a sniffer dog(K9) which led to the recovery of two live ammunition at an estimated distance of 100m away from the scene.

According to Allan Julius Hakiza the PRO Albertine Region, the sniffer dog also led the officers to the home of Semayanja Lawrence who operates a bar and pork joint in a nearby place.

11 suspects including the SPC Ndimukaga have been arrested to help with investigations.