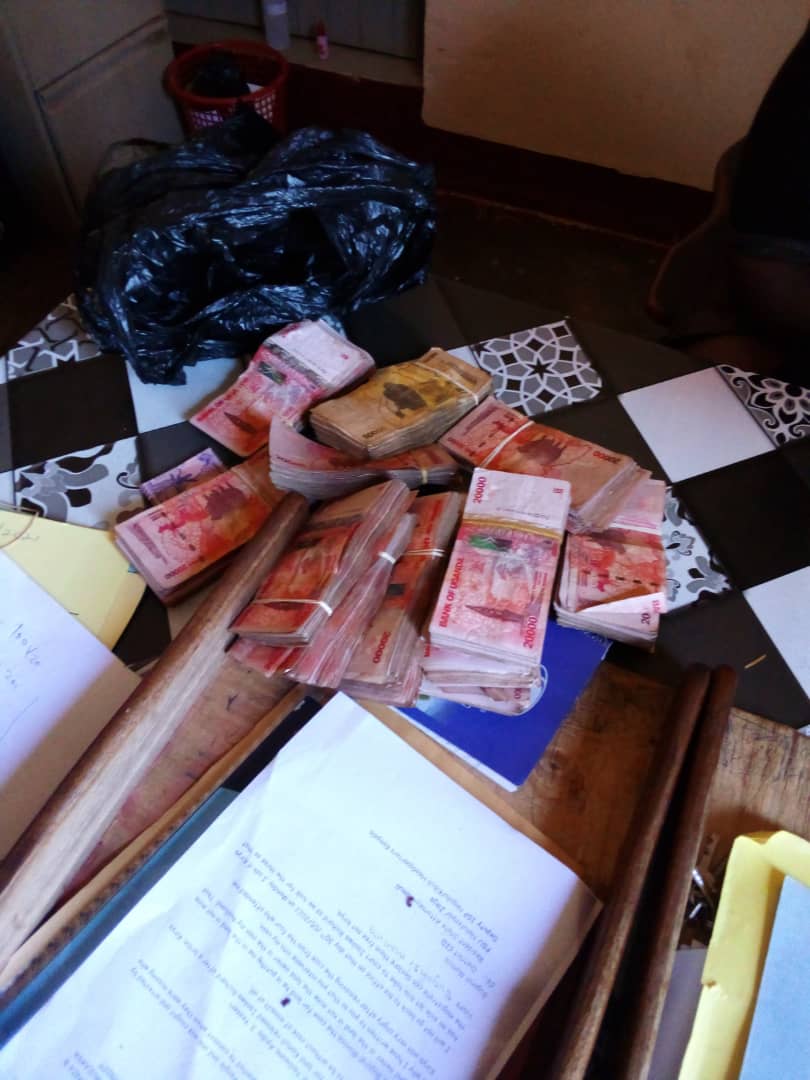 The Deputy Inspector General of Police DIGP, Maj. General Tumusiime Katsigazi has applauded officers under the Territorial Police in Kamuli District who tracked down a robber and recovered Shillings 27.2M from him.

The suspect, a private security guard identified as Daniel Muwandane broke into the offices of Ground-breaking Ministries, located at Namwenda Road in Northern Division, Kamuli Municipality, where he allegedly stole approximately Ugx 30m, which was meant for training pastors in the region.

Muwandane who was terminated by Management with another colleague was tracked down with the help of the police K9 dog.

However, the officers found when he had fled to his home district in Amolatar. Unfortunately for him, detectives from the District Crime Intelligence team were able to track and arrest him.

The task team also recovered Ugx 27.2m on him which was exhibited.

According to CP Enanga Fred the Police Spokesperson, the DIGP has applauded the DPC Kamuli and his team for a job well done, but also thanked the community members who shared information that helped in the arrest of the suspect and recovery of the stolen cash.

“This operation sends a message to all criminals who think they can get away with crime, that they cannot because the country is becoming more unified in keeping crime out of their communities,” he says.

Continue Reading
You may also like...
Related Topics:Featured, Robbery