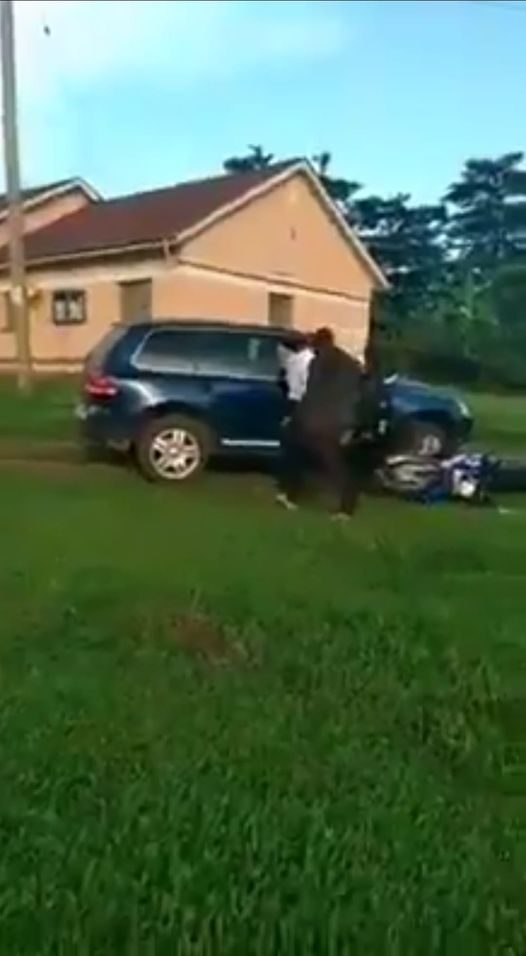 The Police in Mukono have opened investigations into the attempted murder of ASP Culture Wilber, the OC Station Nama Police station alongside two other individuals Sylvia Ssebusinde a presiding officer and another victim yet to be identified.

Luke Owoyesigyire the Kampala Metropolitan deputy police spokesperson says the development follows an incident that happened on Wednesday at about 6pm where a councillor one ssenfuka Hakim who was driving motor vehicle UBA 099H, blue in colour deliberately knocked them down while on motorcycle UP 7840.

“Information indicates that the actions by Senfuuka were a deliberate act, following election related malpractices where the presiding officer Sylvia Ssebusinde is alleged to have been involved and was consequently arrested by the OC, who was riding with him to the Police Station before they were knocked” Owoyesigyire narrates.

The OC-ASP Culture together with the two victims have since received treatment and are recovering in hospital.

“While Police is looking into the allegations of the electoral malpractice allegedly committed by the presiding officer, the hunt is also on for the councillor involved in the incident of attempted murder.”