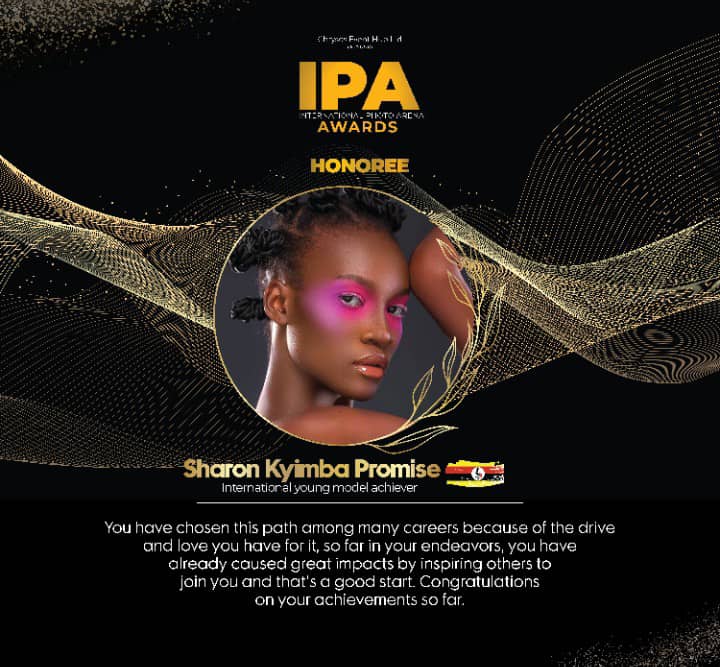 IPA Awards is a scheme that aims at recognizing, appreciating, and celebrating the hard work of photography-oriented careers across the world.

Personalities whose works define and promote tourism, art and culture are appreciated with Honoree awards.

Last Friday Doreen Kabareebe and Sharon Kiyimba Promise waved the Ugandan flag as they received their Honoree awards from Ghana based awards.

She was recognised for her exceptional impact that has changed the idea of modeling and how she has encouraged and groomed younger models.

Your quest to make a difference and encourage the young ones must by all standards be celebrated. Well done for the great achievements so far, your legacy will forever live”.

IPA Awards
The Kabareebe Models 4 Charity CEO was again overwhelmed by one of the models under her management who was also honoured at the same awards.

“You have chosen this path among many careers because of the drive and love you have for it, so far in your endeavors, you have already caused great impacts by inspiring others to join you and that’s a good start. Congratulations on your achievements so far,” said IPA about Sharon.

IPA seeks to bring out the innovative and creative abilities of individuals communicating through photography while appreciating and celebrating their hard work.

Over the years, photography has been given less attention in many parts of the world, if not most, but Africa has the least attention.

Photography is the ultimate tool that leaves a trail for posterity to follow and learn as well. It is one of the few communication tools that delivers, with ease, the true intent of a thought or an event.

We salute the two models for their outstanding contributions to the Ugandan Modeling Industry!!!