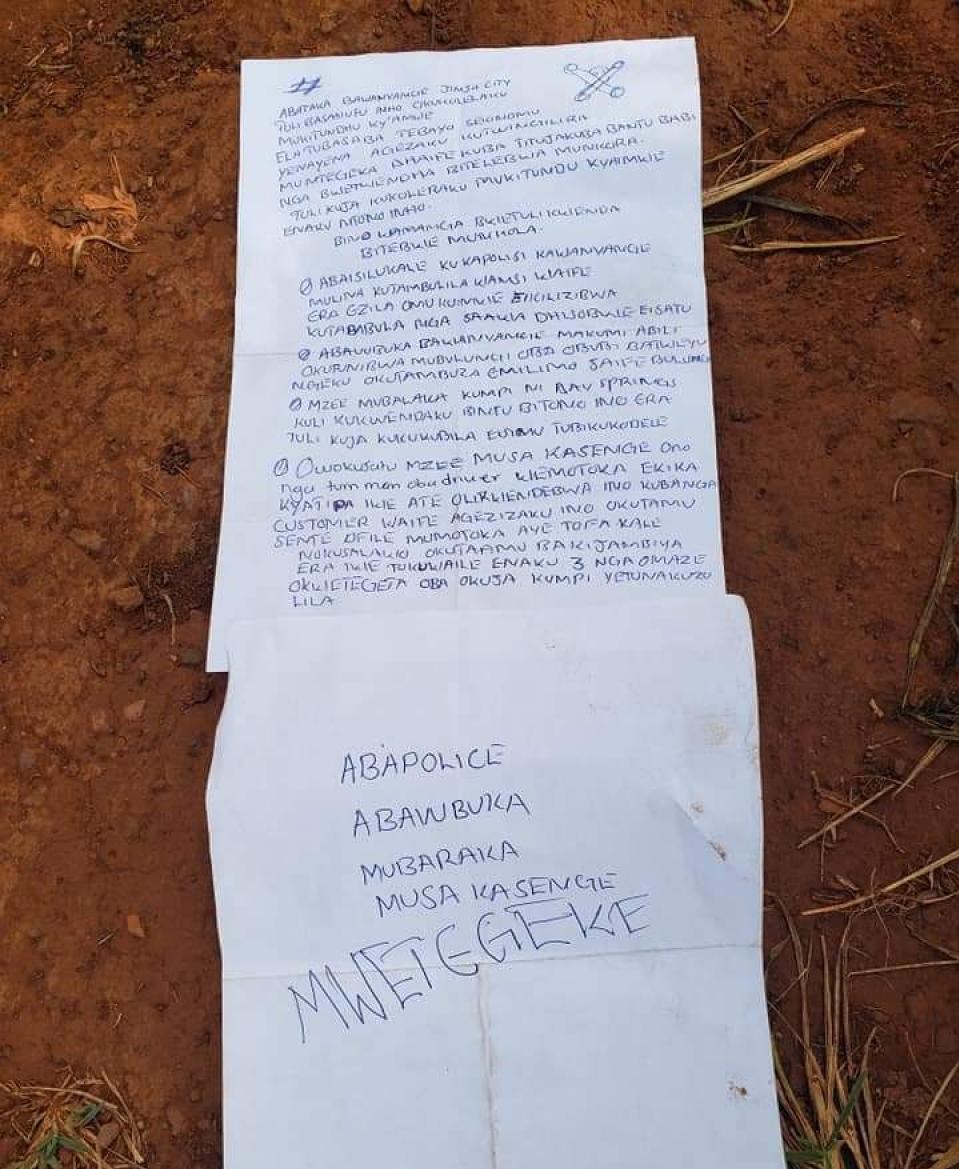 Security in Kiira region has heightened deployment following a move by some criminals who dropped leaflets with threatening messages in different in Jinja city and Jinja district.

This prompted the security personnel led by police, to intensify both foot and motorized patrols in the different suburbs within the Kiira region, to beef up the already existing efforts of village security committees.

According to residents, the leaflets carried messages threatening to kill police officers and members of the public. They were scattered in the wards of Mafubira and Budondo, in Northern Division, in Jinja City.

“Prepare yourselves, we are planning to behead only 20 people who will range from women, youths and the elderly,” reads one of the leaflets in part dropped in Kivubuka cell, Budondo ward” they read.

According to Ayub Wabika the Northern Division Mayor, they are currently mobilizing village chairpersons to reinforce the neighborhood watch policy, which will unanimously increase the levels of community vigilance and ability to rebut any form of insecurity within their areas of residence.

James Mubi the Kiira Regional Police Spokesperson, says that a team of security personnel has been assigned with the responsibility of examining some of the leaflets, which will ease the efforts of tracking down the suspects.