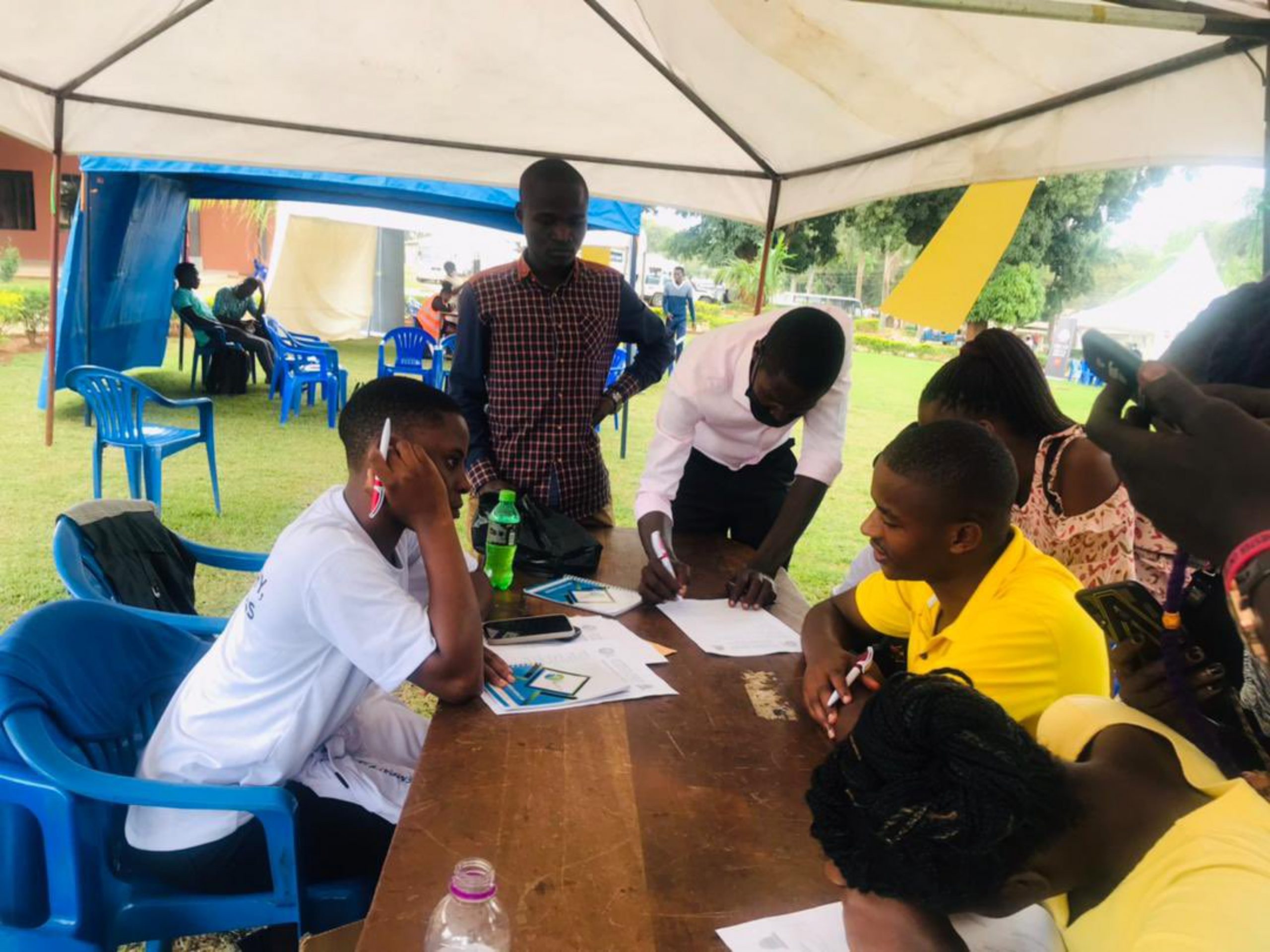 Hundreds of youths showed up at Kyambogo University for counselling sessions organized by LEM-Mindfulness, a social enterprise which offers counselling and guidance on mental health challenges to University students and other youths.

Several Ugandans have been living with dire mental health issues caused by the recently concluded lockdowns due to the outbreak of Covid19 and the economic shutdown of Uganda. One of the key challenges has been strife in the rate of mental illnesses like prolonged stress, depression and anxiety disorders.

According to the Ministry of Health of Uganda, the estimated mental illness rate is massively high with over 35% of Ugandans suffering from depression and anxiety disorders.

That number is estimated to be about 14 million Ugandans most of who are in the age bracket of 10-35 years. The majority of these are young people who are still in institutions of learning like primary/secondary schools and universities.

It’s evident that they have less or no access to counselling services and zero awareness of their mental health.

During the camp, over 300 young people were counselled. “We managed to counsel 300+ cases of the students with the help of 10 volunteer counsellors and mental health activists,” Carol Namara from LEM-Mindfulness says.

She also noted that they were able to establish the LEM mindfulness mental health club at Kyambogo university through which we shall keep track of all the young people’s cases and follow up.

“Working with the university psychology and counselling department we shall be able to refer cases if necessary based on a recommendation from our counsellors,” she added.

In the last few months, there has been an increase in the cases of suicide specifically at Kyambogo university. And it is because of this, that we extended our services to the university and she notes that also the Neighboring non-students’ community of Banda has benefited from this campaign.

On the sensitization aspect, LEM mindfulness together with the hosting institution held public masterclasses in which individuals who have confronted and overcome mental health illnesses are invited to share their experiences and how they overcame them. With the main aim of tackling the challenge of stigma.

Joseph Ajal the ED and founder of precision HR who lost his wife in March this year to suicide shared his experience and advised students to make it a point to always speak out whenever they are overwhelmed and encouraged them to uphold good practices like enough sleep, early preparations to avoid panic and exercises. He also warned about substance use.

“Going out to party with friends is good, however, when it becomes a daily activity it may ruin your studies, lure you into substance abuse, like marijuana, alcohol, uncalled for relationships among others,” Ajal warned.

Part of the campaign was the awarding ceremony of successful participants in an Essay competition held by the organization. The winners were awarded customized LEM mindfulness T-shirts, pens and notebooks, certificates plus cash prizes to the winner, 1st runner-up and 2nd runner-up.

Also speaking at the event, the health minister of the University Ms Joan thanked the organization and requested more of these campaigns to further support the student community of the university.

Continue Reading
You may also like...
Related Topics:Featured, Mental Health