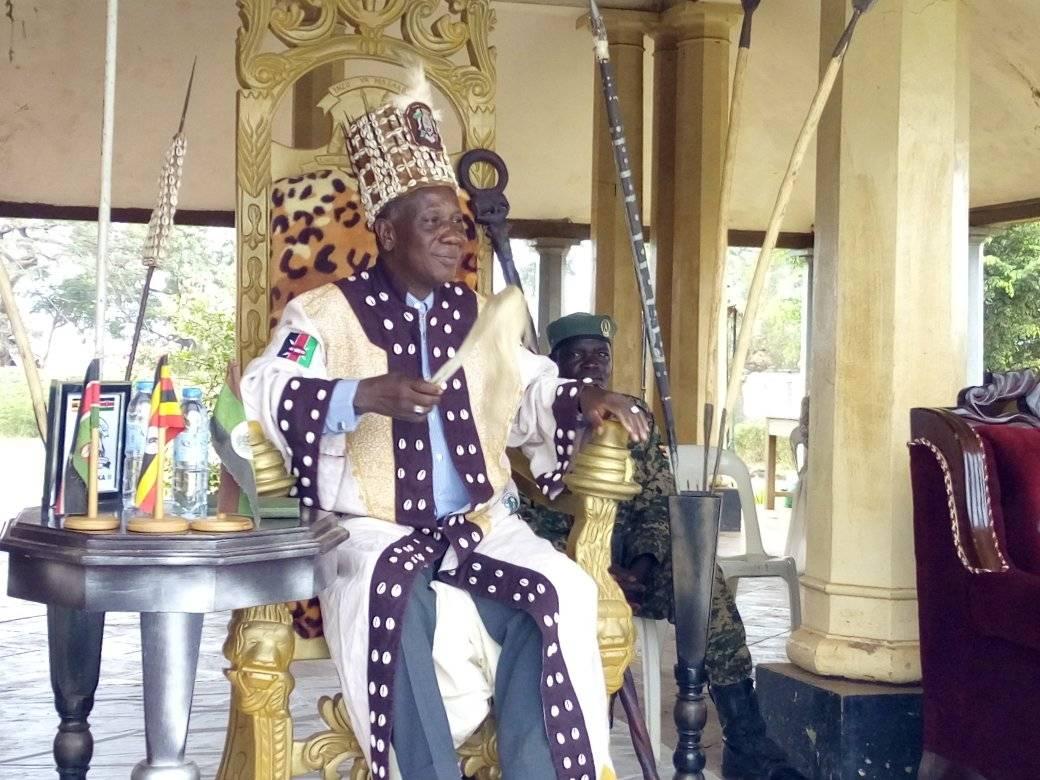 Government through the Ministry of Gender, Labour and Social Development has announced the burial program for His Royal Highness Omukuuka II S.K Bob Mushikori who passed on earlier this month.

The Omukuuka died on January 4th 2021 at his palace in Mbale city. He was enthroned in 2015 as the Bamasaaba cultural leader and was due to handover to a successor, by the time he passed.

He is remembered for being a uniting factor for the Bamasaaba in Uganda and those in the Diaspora.

“He was the founder and President of the North American Masaaba Cultural Association. He also served in different civil capacities in Uganda and abroad, and got acknowledged for his exceptional service” the Ministry says.

The Omukuuka will be accorded an Official Funeral to be held this Saturday January 30th 2021 at Shisabasi village, Bududa Subcounty in Bududa district.

His family is slated to arrive in the country tomorrow Thursday 28th January from Canada and proceed to Mbale. On Friday 29th January, a Funeral Service will be held at St. Andrews Church in Mbale city at 10:00am, followed by Inzu Ya Masaaba which will convene a General Council Assembly at Maluku to Eulogize the deceased at 12:00 noon on the same day.

There will be Ecumenical gathering at Umutooto Cultural site at 02:00PM and then an overnight vigil at Shisabasi village, Bududa Subcounty in Bududa district.

On 30th, the burial ceremony shall start with a Church Service at 09:00am at Shisabasi village.

According to the Ministry, only invited guests shall be allowed access to the venue, due to the COVID-19 restrictions.

Earlier, there were media reports that the Omukuuka would only be buried after construction of his house was complete, but Frank Mugabi the Communications Director at the Ministry of Gender Labour and Social Development says this is not true. He however acknowledges that government has received the request to complete construction of the deceased’s unfinished house.

“Not true. His burial is on for Saturday. Government has received the request to have the house completed. Official communication will be issued in that regard” Mugabi said.

At the time of his death, he was due to handover to his successor, the 3rd Umukuuka of Inzu ya Masaaba, His Highness Jude Mike Mudoma.