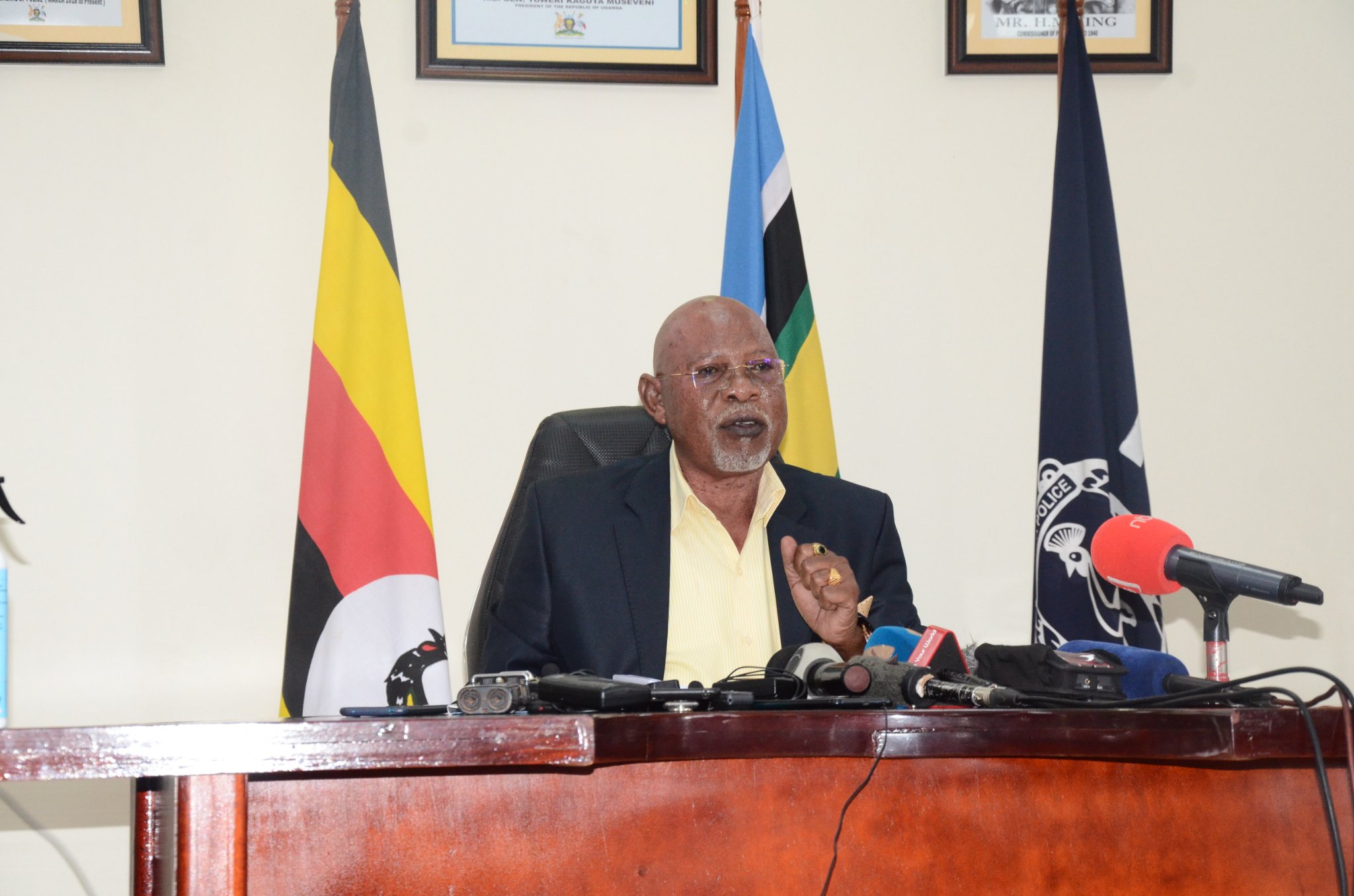 The Minister of Internal Affairs Gen. Jeje Odong has applauded security agencies for maintaining peace during and after the elections.

While speaking at the Post-Election Security press briefing in Kampala this morning, Gen. Odong said the police, military and prisons did an incredible job in ensuring that Ugandans cast their votes peacefully.

“I want to take this opportunity to thank the security agencies, the police, the UPDF, the Prisons and other security agencies for maintaining the peace. Indeed, it is our cardinal constitutional duty to do so, but it does not harm to say thank you for doing your job well.

He added that as the country nears conclusion of the electoral process, they appealed to Ugandans to remain calm and keep the peace so as to shame the prophets of doom.

“I want to take this opportunity to categorically inform you fellow citizens and others, that the security forces are ready and prepared to ensure you continue to live in a peaceful and secure country, so that you can freely go about your endeavors. I therefore want to encourage those isolated few elements that please do not attempt to disturb our peace, because such an attempt might be disastrous for you” Gen. Odong said.

The Inspector General of Police, J.M. Okoth- Ochola who was at the same press briefing noted that despite the anticipated threats of “Plan B “, threats of violence by radicalized groups promoting hate speech and rhetoric, Ugandan voters were pleased with the security posture across the country and turned out in record numbers to cast their votes.

He revealed that during the Presidential and Parliamentary elections, a total of 250 election-related offenses were registered in the country. And out of the 28 Policing Regions, 05 did not register any major incident. These include Kidepo, Mt. Moroto, Sipi, Ssezibwa, and West Nile.

“We are happy that the Local Council elections have been successful too as we approach the final stages of the Elections” Ochola said.

He added that although the Police’s risk assessment of the post-election violence and related vulnerabilities have reduced, they are aware of alarming assertions by disgruntled former Presidential candidates, that the election was marred with fraud and irregularities. They are spreading false information and disinformation to try to influence public perception and promote hatred.

“From a security point of view, such unfounded claims have a potential of fanning violence in our communities. We do strongly discourage such acts and advise the candidates to seek redress before the courts of law. As we draw towards the end of the Elections, our enforcement actions are still on. We continue to employ effective measures on levels of vigilance and alertness as we monitor all forms of threats” he warned.

Ugandans in the last tow weeks have elected a President, Members of Parliament, City/District leaders among others.