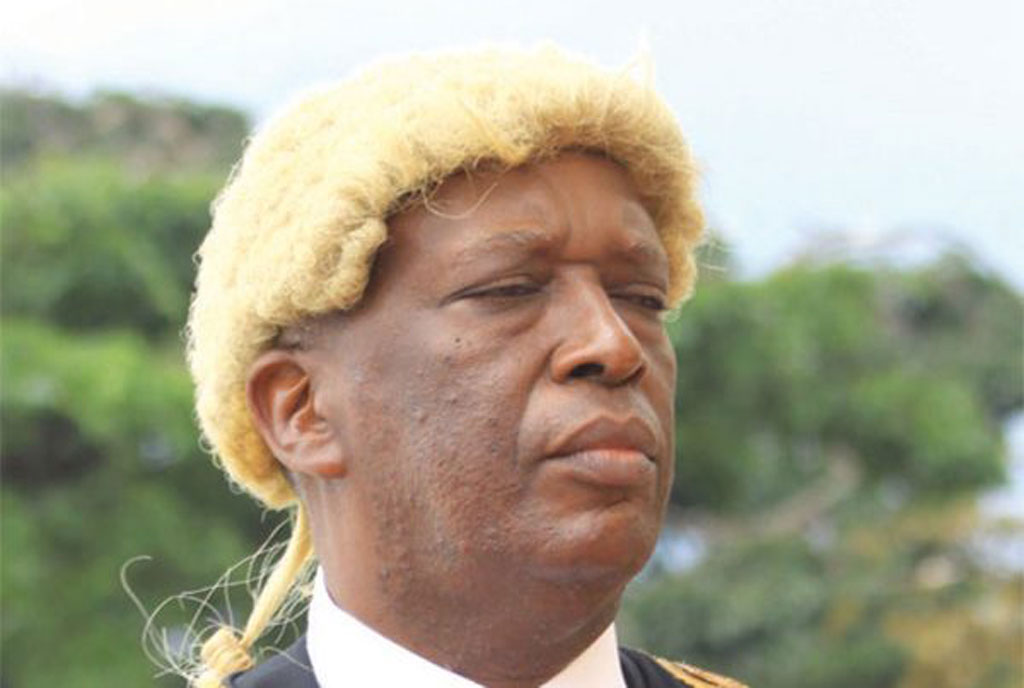 The National Unity Platform (NUP) has welcomed the majority decision in the Constitutional Court Petition filed by Hon. Michael Kabaziguruka in 2016, in which he challenged his trial by the General Court Martial.

On Thursday, the Constitutional Court Justices announced their ruling, indicating that the Court Martial should only try UPDF personnel and not civilians.

The party President Hon. Kyagulanyi Ssentamu Robert says a few weeks back, the legal team of NUP filed a further Constitutional Petition, challenging the trial of hundreds of civilians before different military courts.

“To date, many of our supporters and friends are stuck in different prisons across the country, having been remanded by the General Court Martial, Division Courts Martial as well as Unit Disciplinary Committees of the military. Those who were abducted by the military in the run up to, and in the aftermath of the January election, were subjected to some kangaroo military courts inside CMI. In most cases, they would be forced to put on People Power berets while their pictures were being taken, and then tried by the same people before they were remanded to Kitalya and other prisons” Kyagulanyi says.

In his statement issued this morning, Kyagulanyi says that for a long time, government has used military courts as a tool of extreme repression, adding that the president prefers to use these courts which are under his full command and control.

Kyagulanyi adds that Lt. Gen. Andrew Gutti and the members of the court martial are the face of the impunity that goes on in that court, but they have no real power over what happens there. They are simply given orders by the powers that be.

“You will all recall that in 2018, I was arraigned before the military court in Gulu and remanded to the military prison in Makindye. The regime claimed that I had been found with two machine guns and several rounds of ammunition (bullets). Since then, countless supporters of the People Power Movement and NUP have been charged before military courts, without any regard to the tenets of a free and fair trial. Many have been on remand for up to two years, before their trials even kick off” he lamented.

The former presidential candidate says the decision handed down by the Constitutional Court yesterday is a welcome development. And that though it has come very late- close to six years from the time the case was filed, it is better late than never.

Notably, he says, Justice Kakuru made the following conclusions and orders, some of which Kyagulanyi rephrased for ease to his audience.

1. The General Court Martial is a quasi-judicial military court whose jurisdiction is limited to enforcement of military discipline.

2. The General Court Martial’s jurisdiction is only limited to trying service offences specified under the UPDC Act and only in respect of person’s subject to military law.

3. Military law under the UPDF Act must be construed to exclude laws that are the preserve of civil courts of judicature.

4. Persons subject to military law must exclude all those who have not placed themselves under the jurisdiction of the UPDF Act.

5. A civilian can only become subject of military law if he or she is an accomplice in an offence committed by a person subject to military law as a principle offender. (We know that this too be abused in future, but it is a good start for reform).

1. All those persons not subject to military law who are currently being tried before any military court, we order that their cases be transferred to civil courts within 14 days.

2. All those persons not subject to military law who are currently serving sentences imposed by the military courts contrary to the Constitution should have their case files transferred to the High Court Criminal Division for retrial or to be dealt with as that Court may direct.

“This is definitely a very progressive judgment, and we hope the regime will not seek to stand in the way of justice by challenging it in the Supreme Court so as to buy time as they continue to carry out gross acts of impunity. This decision is testament to what we have been saying; not all hope is lost. Despite all the destruction that has gone on in Uganda, there are still good women and men in different sectors who provide hope that a New Uganda is possible” he said.

On behalf of the people of Uganda, he paid tribute to all judicial officers who have remained true to their judicial oath and call, arguing that their stand for justice may come at a huge personal cost, but it will all be worth it in the end.

Constitutional Court rules against trial of Civilians in Military Court
Over 20,000 vehicles cleared to move in Kampala alone
Advertisement