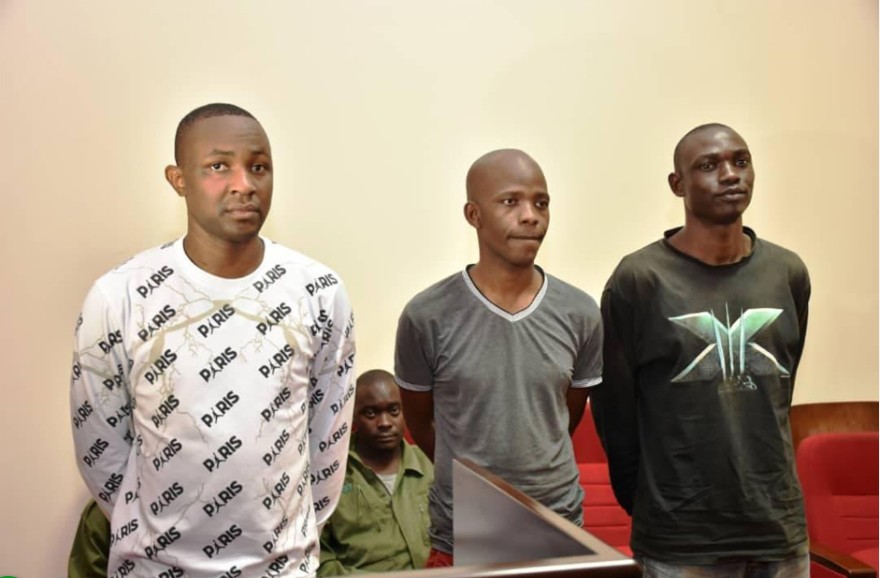 Civilians appearing before the General Court Martial in 2020

The Court Martial has no powers to try civilians, the Constitutional Court has ruled.

Constitutional Court Judges ruled three against two on Thursday 1st July 2021, that although the Court Martial is a competent court under the 1995 Constitution, its powers are only limited to serving officers of the Uganda People’s Defense Forces.

The  ruling follows a 2016 petition by the then Nakawa Member of Parliament Michael Kabaziguruka challenging his trial in the General Court Martial. Kabaziguruka was accused of being found with firearms a preserve of armed forces. It was said then that he intended to use them to overthrow a democratically elected government of Uganda. Kabaziguruka was arrested and detained for several months but denied the charges which he called politically motivated.

Justices Kenneth Kakuru, Remmy Kasule and Hellen Obura argued that the UPDF Act was never intended to be an Act of general application. Kakuru specifically said that it is a statute of a special and limited application whose power only relates to UPDF alone.

“It does not extend to regulation or adjudication of crime set up under other legislation. Those functions are provided for in other Articles of the Constitution that establish the judiciary, the Police and Prisons Service and Directorate of Public Prosecutions among,” Kakuru’s judgment read in part.

“The General Court Martial, therefore, is a specialized Court set up by Parliament to deal with military discipline within the UPDF….it lacks all the tenets of an ordinary Court of law established under chapter eight of the Constitution. The Court-Martial is not part of the judiciary. It is part of the executive arm of government established under chapter Twelve of the Constitution which provides for the Country’s Defense and National security.”

Several attempts by the executive to place the General Court Martial under the same footing as Courts of Judicature has…originated confusion and discord among jurists, legal practitioners and scholars. It is simply trying to fit a square peg in a round hole,” Kakuru said.

“I would order his immediate release and discharge from the General Court-martial. His bail bond if any is ordered to be refunded,” the ruling that awarded him costs read in part.

The court also ruled that all those persons not subject to military law and are currently being tried before any military court, their cases should be transferred to civil courts under the direction of the Director of Public Prosecutions within 14 days from the date of the judgment.

“All those persons not subject to military law and who are currently serving sentences imposed by the authority of military courts contrary to the constitution as set out in judgment should have their case files transferred to the High Court criminal division for retrial or to be dealt with as the court may direct within 14 days of this judgment,” the judgment adds.

It however notes that affected persons will remain in the custody on bail until their cases are transferred and mentioned before civil courts for further management. “This judgment doesn’t discharge or exonerate any person from any criminal responsibility and as such fresh charges may be brought by the DPP before civil courts,” it adds.

However, in their dissenting judgment, Justices Christopher Madrama and Steven Musota ruled that for as long as civilians are subject to military law for example in the case of being found with military hardware, then the Court Martial has powers to try them.

In March, 49 National Unity Platform-NUP party supporters lost their application in which they sought to block their trial in the General court-martial for illegal possession of ammunition.

Lady Justice Esta Nambayo dismissed the application on grounds that it lacks merit, saying the process leading to the arrest of the applicant and their subsequent prosecution in the military court was lawful.

They were arrested on December 29th 2020 on their way to Kalangala District where the former NUP presidential candidate, Robert Kyagulanyi was scheduled to holding his campaigns.