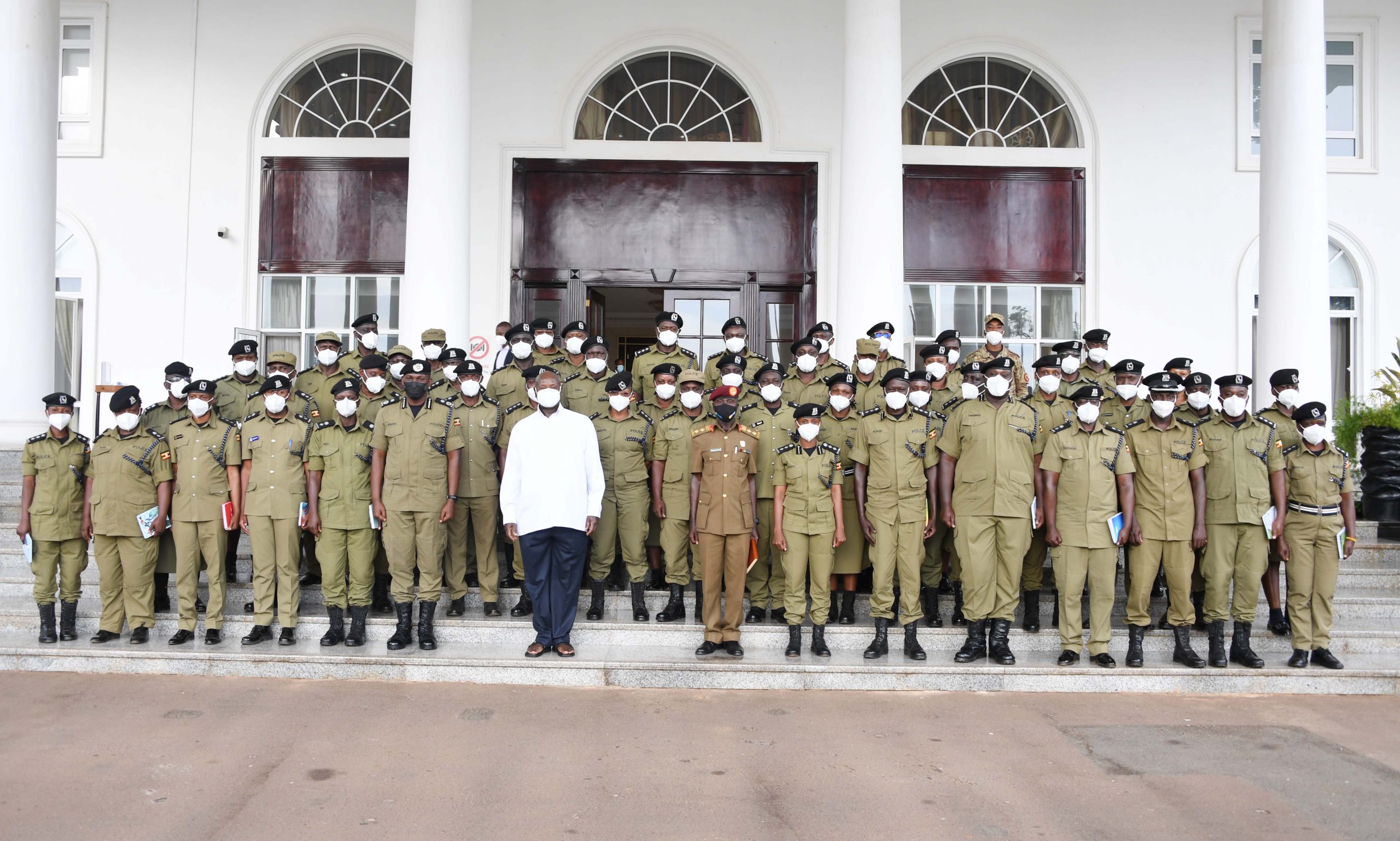 President Yoweri Museveni has urged Ugandans to strive to achieve prosperity through the selling of goods and services and not by begging.

“You get prosperity by selling goods and services. You cannot get prosperity by begging. There are five main sectors that enable prosperity, namely commercial agriculture, industries, services, ICT and Public Service. I am planning to expand the Kawumu Presidential Demonstration Farm. Under the 4 acre-model, Wananchi can grow coffee, fruits, food, pasture, rear poultry and pigs. The people near wetlands can do fish farming on the edges,” President Museveni said.

The President made the remarks on Tuesday at State House, Entebbe while delivering a lecture of opportunity to middle-level Criminal Investigations Directorate (CID) officers who have been attending a one-month ideological course at Kasenyi, Entebbe.

President Museveni informed the Police officers that they can be actively involved in income generation through intensive farming on small pieces of land and leave extensive farming for the large-scale land owners. He observed that in order for one to have prosperity, he must engage in one or more of the said sectors.

President Museveni informed the participants that the industrial sector in Uganda today employs 1.2 million people. He also reminded them that in whatever sector they choose to engage in, they must be assured of a market.

The President also criticized politicians who promote the practice of tribal sectarianism. He stressed that identity does not solve the challenges of prosperity. He observed that NRM resolved to get involved in politics of prosperity, strategic security and Pan-Africanism.

Gen. Museveni further highlighted that East Africa has got Kiswahili as a linking language which is not contested in the entire region.

He said the role of the CID officers was to ensure that there is no crime committed and that if there is a crime, the officer must have the capacity to arrest the culprits.

The President said that NRM resolved to promote patriotism because it is better for the country. He added that Pan-Africanism is vital because it provides People with the regional market of East Africa and Africa as well as an international one.

The President also noted that the NRM has worked for transformation by ensuring education, numeracy, the science of nature and socio-economic transformation. He said that the government has strived and promoted democracy and strategic security.

President Museveni concluded by appreciating the CID Director, Major. Tom Magambo for organizing courses that polish the skills of the officers. He also congratulated the officers for participating and completing the course.

The Director of Political Education of Special Forces Command (SFC), Col. Gilbert Owamagyezi observed that Uganda was an island of peace. He attributed the achievement of peace to President Museveni’s correct diagnosis.

Col. Owamagyezi revealed that one of the goals of the course was to enable the CID mid-level managers to transform themselves, society and the country. He said that the other objectives were to improve their patriotism and to also cultivate a culture of discipline.

Major. Magambo said that their focus was to work on the minds of the officers. He said that they handled expectations from CID, gaps and weaknesses. He added that they worked towards reorganizing CID to do its work.