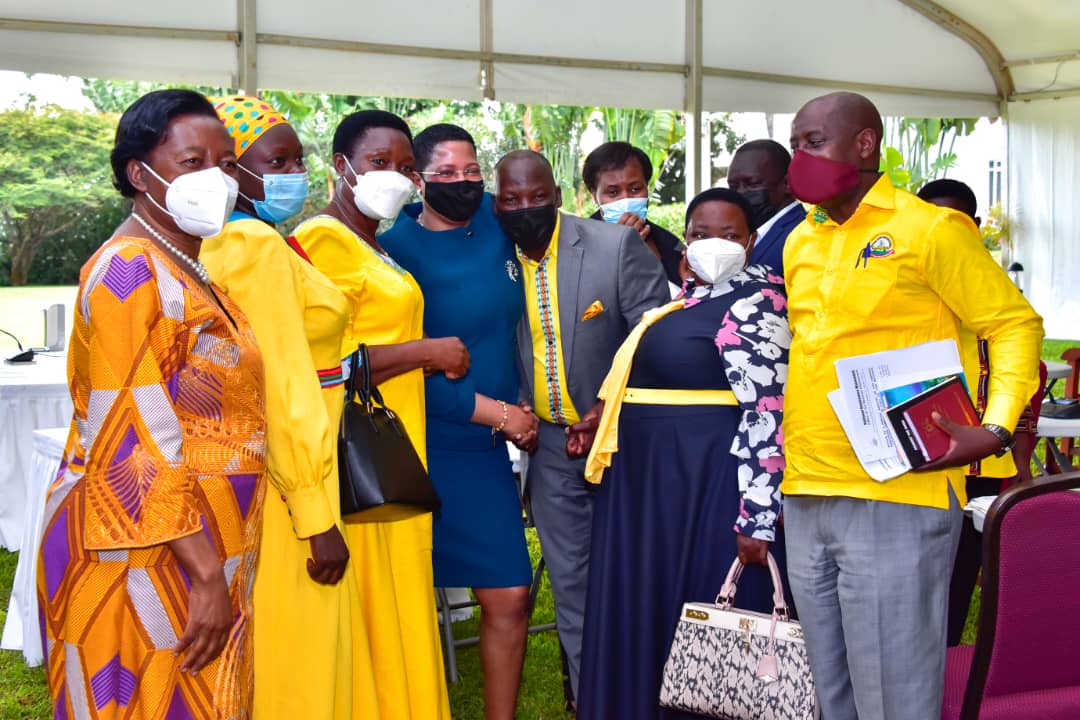 The 8th Meeting of the 4th Central Executive Committee of the National Resistance Movement Party sitting in Emergency Session at Entebbe today 23rd March 2022, has approved Anitah Among to replace late Jacob Oulanya as Speaker of Parliament.

“CEC having noted that the NRM Party has established a culture and practice of elevating the Deputy Speaker to the position of Speaker, even when there has not been any disruption and now, even more, when there is an emergency.”

The CEC meeting resolved also to place on record, the party’s distinct recognition and warm acknowledgement of the sterling contribution of Rt. Hon. Jacob L’Okori Oulanyah (RIP), Speaker of the Parliament of Uganda, to the vigorous advancement of the Programs of National Resistance Movement;

To clearly recognize the vibrant functioning and meticulous implementation of the legislative agenda of the Parliament of Uganda under the clear watch of Rt. Hon. Oulanyah;

To hold out his life and exemplary leadership as an example worth emulating, by the entire membership of the NRM and all Ugandan Patriots.

The NRM parliamentary caucus is set to sit tomorrow at Kololo.

Continue Reading
You may also like...
Related Topics:Anitah Among, Featured, Jacob Oulanya