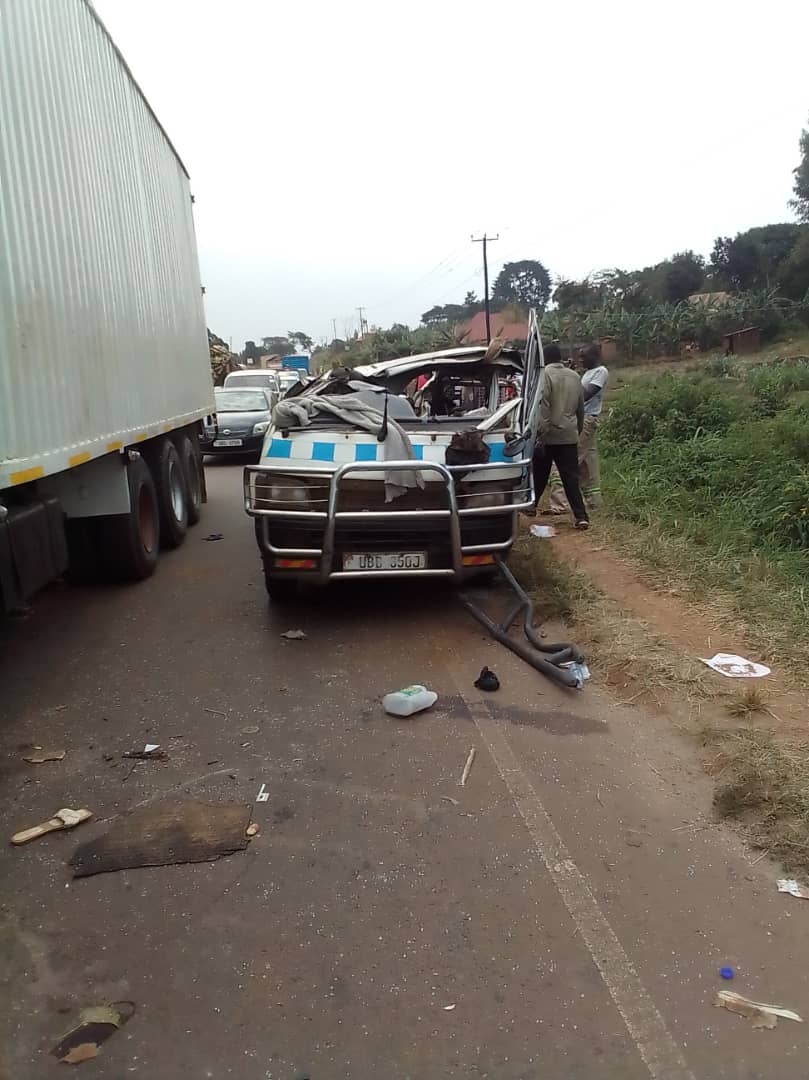 The police at Sinalya Village, Kalule along Kampala- Gulu Highway in Luweero District are investigating the cause of an accident which occurred on Saturday 9th July 2022, at around, 1410hrs claiming lives of nine people and Injuring five others.
According to Faridah Nampiima the PRO traffic, the accident involved motor vehicle registration number UBD 850J, a Toyota Hiace and UAH 316P, an Isuzu Elf.
It is alleged that the Toyota Hiace was moving from Kampala to Gulu side at a very high speed and while slopping to Sinalya valley, it’s rear tyre burst causing it to lose control and overturn several times before colliding with an oncoming motor vehicle Reg. no UAH 316P Isuzu which also overturned.
8 unidentified passengers (7 female adults and 1 male) who were travelling in the Toyota Hiace died while another one (female) passenger died on the way to Mulago Hospital.